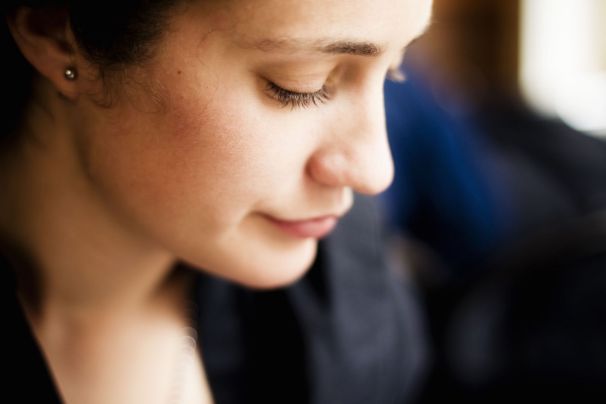 I’m happy to be married to him. He was the guy my parents chose for me. Our families have known each other for a long time. When we started talking, I was surprised to know that he liked me since childhood. I was his first and last crush.

I was overjoyed to marry a guy who loved me and wanted to be with me since our innocent childhood days.

But along with this loving relationship came the worst nightmare, my mother-in-law. Initially, she appeared to be a nice person who didn’t seem to have any problem with me. However, as the days passed, I noticed that she was not very accepting towards me.

Whenever we met, she pretended to be good to me but it was easy to sense that it was all a pretense.

Yet, I kept an open mind and hoped that things would get better with time. As the D-Day arrived and our marriage functions began, I realized that my mother-in-law was extremely possessive and insecure about her son.

She was basically “tolerating” me because she knew that I was her son’s choice and he loved me a lot.

Though this realization dawned upon me, I don’t know why I went ahead with the marriage. I didn’t know the huge mess I was getting into. It was only after the wedding that I was struck with the reality of my mother-in-law’s nature.

Whenever I did anything for my husband, she tried to prove that she could do the same in a better manner. I was made to feel that no matter what I did, my husband would not like it.Time and again, she claimed that no one could be better than her. Whether it was cooking or cleaning, she was always ready to taunt or criticize me.

She could never accept or tolerate the fact that I was better than her and that my husband appreciated my efforts.

Her possessiveness and insecurities kept rising, and I became the victim. As a result, I started feeling insecure about my husband.

After the marriage, I was at home for six months and that was the most depressing period of my life. Our family is well to do and we have 3 maids yet I was expected to do all the work. From getting up early in the morning and preparing breakfast, lunch, and tiffin for my husband to doing the household chores, I was loaded with responsibilities.

I treated it like my own house and did everything happily.

Then my mother-in-law started burdening me with the extra workload. We had so many maids and still, I was expected to do everything while she never did any work by herself. She would ill-treat me when no one was around, criticize me, order me to do everything and insult me with unkind remarks. She kept reminding me that her son loved her more than me.

When my husband was home, she'd paint a completely different picture in which she treated me lovingly.

She showed him that she cared deeply for me and also pretended to do all the work.  She was a two-faced woman who left no opportunity to put me down and prove that I was wrong. I was so depressed.

I tried sharing the truth with my husband and though he understood, there were times when he refused to believe me.

I felt lonely and frustrated. Slowly, I started getting anxiety attacks and developed other problems. My mother-in-law’s behaviour made me feel insecure, helpless and unloved.

After around six months of our marriage, my husband and I decided that I should join his business. My mother-in-law could not tolerate it and she burst out dramatically saying horrible things to me. I still remember everything she said to me.

That day, I regretted marrying into a family where people had double standards, where there was no respect for each other and feelings of jealousy and insecurity existed against their own daughter-in-law.

She accused me of not doing any household work and shirking my responsibilities. I refused to accept her lies and defended myself. Luckily, my husband witnessed everything that happened and realized how badly his mother treated me.

I had already developed hatred towards my mother-in-law but after that day, I lost even the last bit of respect for her. A girl leaves her entire life behind and moves to her husband’s house hoping for love and acceptance.

If you cannot treat her like a daughter at least don’t abuse her to the extent that she starts hating you.

It’s especially sad because my mother-in-law has a daughter and yet she has no qualms in treating me unfairly. In fact, she draws a comparison between her daughter and me for the smallest things. According to her, her daughter is an innocent helpless girl while I am a cunning person. She is always unhappy and jealous of the things that I have and her daughter doesn’t.

I pray that no girl gets a mother-in-law who cannot tolerate her own daughter-in-law’s happiness.

It's sad to see how jealousy and insecurity can wreck a family. Let's share this story because every woman who has a son must understand that her daughter-in-law is not competition but a daughter who seeks her love and acceptance.

Your Stories
BAKKAR. CHAI. SUTTA
LET'S FACE IT
CULTURE SHOCK
The Golden Bird
LIFE IN THE TIMES OF CORONA