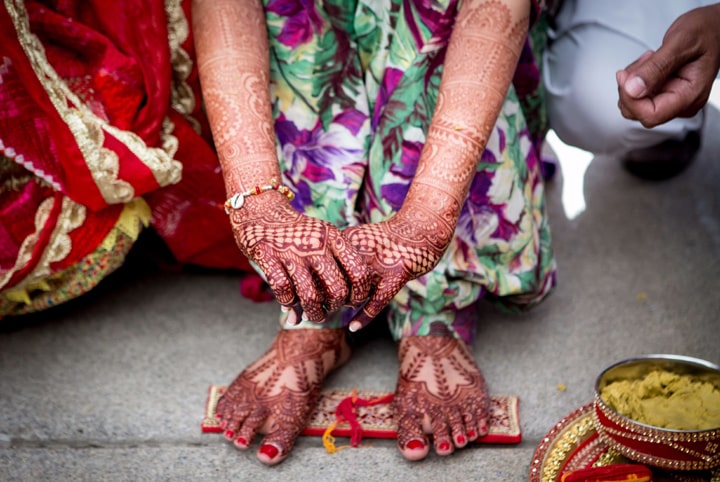 My so-called new "in-laws" at home made me a "puppet” that will follow all their commands and behave according to their wish. I could have never imagined my life would become so excruciating after my marriage. The supposedly biggest day of my life has become the biggest lesson for me. Something that I will never forget!

Basically, it means that the happiness in a marriage is very short-lived, and then it follows all the hardships, compromises and adjustments. But it's been a year of my marriage and I’m still waiting for that "Char Dino Ki Chandni".

It all started the very day I stepped into my 'new home'. I became the victim of everyone’s expectations.

One thing that I still fail to understand is why can’t people respect an individual’s decisions? Before my marriage, I worked for seven years. After marriage, my family did not want me to work. The abrupt transition from a working professional to a homemaker was very difficult for me. I grew up in a nuclear family and now after marriage, I had to meet the expectations of a joint family. This was the most difficult thing for me to do.

I wanted to resume my job after a while, but I couldn't get back till now. I am expected to understand, accept and adjust to the new environment, but on the contrary I am unable to adjust even after 1 year. There is not a single day when my eyes don't shed tears of helplessness and restlessness. It is believed that a girl can do everything that a boy is capable of doing. But it is the irony in the Indian society.

Just after taking seven vows of marriage, a girl is imagined to be a perfect package for the family.

As a homemaker I am expected to wake up early in the morning, do all household chores, keep late hours, and give fake smiles and pretend to be happy in front of others. Today all I am left with is the effort to meet everyone's expectations.

Today when I look back on those 365 days that I spent in my new home I am just left with loneliness in my head. A bride is just like a showcase and there are people who are there only to judge her. Once I remember, I was called an illiterate by my father-in-law because I didn't know how to cook.

I was a bright student and an efficient employee who lost her father at the age of 18 and started earning very early. I struggled to complete my education and achieve a career I wanted. I was the only earning member of my family. But after marriage, all my achievement, my passion, principles, and struggles of life could just remain in my memories.

Whenever I get ill, people in the family especially my bossy "mother-in-law" makes me feel guilty. For her, I am only there to clean dishes, wash clothes, iron them, and sweep the floor. It's really terrible when you are blamed for every single thing that goes wrong at home.

They don't like me because I don't take part in their gossips, I don't like their favourite daily soaps, and because I always find a way to improve the quality of my life.

My mind has become a pressure cooker by meeting expectations and deadlines of household chores. Sometimes I feel like I live in a prison where I am treated like a maid, and a prisoner and in return I get a square meal of their choice. It's horrible to live like this.

This is something I had never expected I'd have to go through after marriage and I didn't know I'd long so badly to get back to my independent life before marriage.