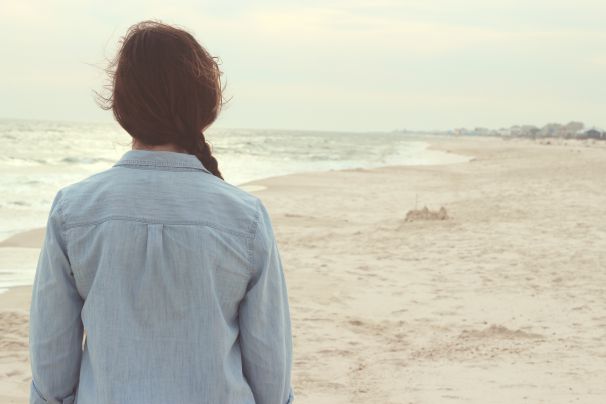 I grew up watching my parents fight often. I lost my childhood to it. I was a bright child, but due to all the problems at home, I became quiet and nervous. I found it difficult to make friends. Only when I reached sixth grade in school did I make one good friend. He had chubby cheeks and I liked him. Slowly, we became a group - him, me and two more of his guy friends. But the environment at home got to me and I lost them all because of it.

I didn't turn out like other kids my age, which is probably why I kept losing any friends I made. Finally, when I reached tenth grade, I joined a coaching institute some distance away from my place. I had to take a bus to reach it. This gave me the freedom to move around on my own for the first time ever and spend time away from home. It made me feel like a free bird. Then one day, I met one of my neighbors in the bus and we talked a bit. I liked talking to him and remembered how I used to go his place for kanjak, as a child. We would meet often on the bus. One such day the bus was full except for the seat next to me, so he came and sat beside me. The bus was about to move away from the stop when I saw one of my aunts hurriedly boarding it. I felt uncomfortable asking him to leave the seat for my aunt, so I just remained seated where I was.

But when my aunt saw me sitting next to a guy, she looked at me questioningly.

I told her that he live near my home and was like a brother to me. She didn't say anything right then, but a few days later told my mom about him. As a result, my mother made me quit my coaching classes. The one good thing about my life was brutally taken away from me, for no fault of mine. Every day my mother reminded me of the 'incident' and made me feel guilty about it. To make matters worse, one day when my mother and I were standing in the balcony, the same guy crossed our house and passed me a casual smile of recognition. My mother saw this and created a lot of drama. I became very annoyed, so much that when I met him the next time, I asked him not to create any more trouble for me and to stay away from me.  The next day, one of his friends walked up to me and asked me what had happened between him and me. He told me that he found him quite disturbed after having talked to me. I felt guilty and asked his friend for his number.

I called him and apologized to him. He said that he would accept my apology only if I'd call and talk to him more frequently. And so we started talking to each other. Then, ten days later he told me that he liked my sister and became friends with me so that I could help him with her. I felt hurt, but I got my sister to talk to him. However, on one such day, my mother caught me talking to him on phone.

Eventually, she sent me to my grandmother's home for a few days. A few days turned into a month and a half, where my grandfather put even more restrictions on me. He got salwar suits stitched for me and told me that I shouldn't wear anything except them.

Finally, I returned home, but my mother wasn't done with me. She would look at me as if I was a criminal whose mistakes couldn't be forgiven. To my shock, she even asked me rude questions like, "Do you love him?" "Did you go out with him?" "Did he touch you?"

I never had a good relationship with my mother because she never supported me in anything. I remember when I was younger, kids at school hit me. When I returned home and told my mother about this, she said that I must have done something wrong. I felt so upset after this incident that watching me look so shattered, one of my classmates took me to our psychology teacher. She talked to me and I opened up to her about my mother. After listening to my side of the story, she asked my mother to pay her a visit.

After my teacher had talked to my mother, she became really angry with me and told me that I had deliberately made her feel guilty in front of everybody. She asked me to stay away from my psychology teacher and to focus on my studies, instead. I felt broken hearing all this. I felt like I wasn't her child, but like a pet who she pampered when she felt like and left alone otherwise.

My mother isn't literate and is addicted to tobacco. When I was younger, she would bait me to go with her to the bank or the post office and help her with the forms. In turn, she promised to let me do as I wished. But as soon as her work completed, she would forget her promise.

She also used to beat me up wildly. She left my skin bleeding many a times. She was the reason I didn't invite anyone over at my home.

Now, I look outside for love, from friends and lovers. Many men have left me because I have been desperate and immature in my relationships. I didn't know any better - I just needed them to make up for my mothers' love. But I hope that soon I will find the guy who will love me so much that my past and my present would cease to matter.