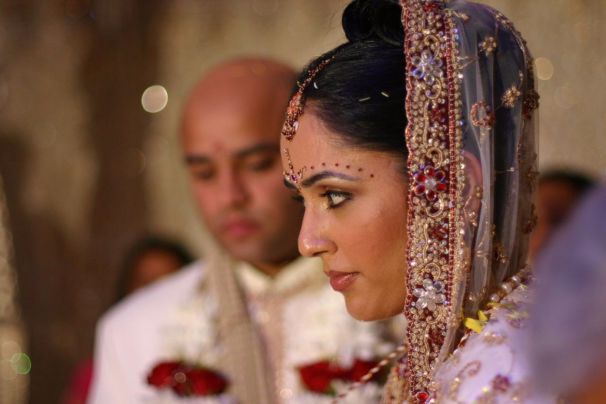 For me life was picture perfect. Born and brought up in a family of liberal and open minded people, I was a blessed girl child.

My parents loved me and encouraged me to give in my best. Life at my end was sorted, went to school, graduated, landed a good job and had a flourishing career.

Everything was going smooth, when all of a sudden from being single, I ended up wearing the ‘married’ tag.

Groom hunting for a professionally qualified girl who is at the peak of her career is a tough job. I don’t remember how many years I spent looking for my prince charming. During the hunt, a resident in our locality introduced me to her nephew. The two of us met at his aunt’s house along with my family. The first meeting was a dream come true for me. We laughed; cracked jokes and time just flew.

I must confess, I sort of fell for him. He swept me off my feet with his charm, looks and talks. Thanks to my professional experience, I decided to give it some time before jumping to a conclusion with just one meeting.

But to my surprise his aunt called the very next day and shared the good news that her nephew had really liked me. I waited for two days, before sending out a firm reply. Going by my instinct, I said yes. The fact that the guy spoke well, did not drink or smoke made me feel that he will be the perfect husband.

Then started a series of chats and WhatsApp messages. He decided to take a short vacation to spend time with me. During our meetings, I shared all my likes, dislikes and hobbies with him. But he did not share much. All he said was that he wanted to marry an independent and career oriented woman. And by that standard, I fit the bill.

Finally, our families met to fix the wedding date and everything was falling in place. My fiancé then left for the Gulf. Thanks to Skype and WhatApp, we kept our communication going. For the first few days, things were fine and then suddenly I noticed a change in his behaviour. We'd hardly talk, this fact was really frustrating. Despite pleading him to talk at least once, he would just ignore me and remain silent.

I even asked his aunt to help me, all she said was "He is busy and does not have the time to talk. You have to understand." So I stopped pestering him to call me. Somewhere, I had this gut feeling that this guy will back off from getting married and there was some problem, which I could not understand. But like a fool I ignored my gut feeling and went ahead with the marriage.

Marriage I thought would change and bring him closer to me. On the very first night, he walked in as a changed person. The fun gone, the talks disappeared and life of torture was waiting for me. Throughout the day, he would spend time watching television or sleeping when at home. Would barely talk and would be completely disinterested in me.

Then, came the shock of my life when he blurted out his past. My world shattered and for sometime my mind stopped working. That is the reason he showed disinterest in me and my family. I was hurt, angry and speechless. The next day, I did not speak to him.

What followed after this was even more humiliating. He pretended to be unwell and got himself hospitalised. He did this to divert attention, so that I didn’t create a scene at his place.

Life went on the same way. His family would never bother to scold him or ask him to take me out. What was worse was that I was even allowed to visit my family. I had to give a valid reason to visit my family. Now this was not expected from an educated man. I was living in a jail and sometime I just wanted to run away from here.

My mother-in-law was even meaner. She took away all the gold given to me by my parents. All the gold was parked inside my MIL’s locker as a pre-condition set by her after marriage. I did not resist but gave in to her demands.

Then a ray of hope came when both my husband and I flew to Gulf. I felt good times are ahead now and that the two of us would be alone and away. But it seems all my dreams were meant to be shattered. Fate had other plans in store for me.

The night when we landed in Dubai, he got furious for no reason and pushed me when I was sweeping the floor. I slept in anger and woke up with a bad mood. I was hoping my husband would say sorry, but no he seemed to not be bothered at all, no sorry came from him.

The next day we spoke as usual but I was still angry deep inside about what had happened. Neither did he realise nor did he apologise for his behaviour. His behaviour did not change. He'd watch television as soon as he returned from work or sometimes he would take short naps. He never communicated with me and never gave me time. Even when I called my in-laws and his aunt, they never answered my calls. Instead they'd lie and give different excuses. Little did I know that my dear hubby communicated with his family from his work place (which one day slipped from his mouth) on a daily basis and later he acted as if he wasn't in touch with them.

Less than a month later he started degrading, demotivating and discouraging me. He belittled and demeaned me. He said my work experience was not great and due to lack of Gulf experience I would not get a job and he would not want me to work as he could to take care of us. He kept saying that I was a mistake to him and said hurtful words, which led to endless arguments.

Then he started throwing verbal abuses at me. Every time I did not agree with him he would say that there's no future together and we could still take a mindful decision for our lives. One day I decided to leave all our disagreements behind and asked him nicely that why he was he treating me this way since the time we got married and to my surprise he said I was responsible for this situation. And then I told him if he continued with that behaviour I would book my ticket and go away, it had no effect on him.

After this point, his behaviour became worse. Even when I cried he never bothered, he would leave me all alone and just walk away.

I even told his aunt about his behaviour from the time we got married but all my complaints would go in vain. Instead of correcting him and questioning him, she told me that I should learn to suffer and bear his nonsense.

And then finally a day came when he slapped me and threatened me that if I told anyone about all these issues, it would not be good for our marriage.

Then suddenly he said that the reason he married me was between him and his aunt. Time and again I asked him for the reason but he refused to tell me.

After this incident we stopped talking to each other completely. He would leave for work in the morning and reach home late. Neither did he talk to me in this time nor did he have dinner. Just showered and straight to bed. However, days went by without us talking and then I got a job and started working after which the situation started improving. Then again for two days he would talk and then again due to petty issues he would stop talking for days.

One fine day we fought, he ended up saying things about my family and I started abusing his. The fight ended up in a major conflict and it was for the first time that I raised my voice. But next morning, I apologised to him. He did not feel bad for his behaviour. For three months he did not talk to me. Finally, I mustered up the courage and told him that I wanted to go to India to spend time with both the families.

He did not let me go. But I booked my tickets and flew back to freedom and peace. I narrated my ordeal to his parents and aunt, but they did not believe me. They said their son was innocent, the problem was with me and not him. They told me that if I went to my parents' place, I'd have to stay there only for life.

Not giving into their threats, I walked out of the door without a second thought. For the last three months I had been living with my parents. I was hoping he would call, trying to make things work but no, all this was wishful thinking. He does not call, answer my text messages and when I call, he gets angry and says things that hurt.

I am now in a state of confusion. The future of my marriage is a big question mark.

Then there is this question that worries me – if he did not like me why did he go ahead and marry me? What is the secret deal between him and his aunt behind this marriage? With no job in hand, I don’t have financial independence I once enjoyed. To top it all, my in-laws are not giving my gold jewellery locked in their locker.

I am in a pathetic situation in my life. Whom should I approach and what should I do? Please advice me as I really want to start living.