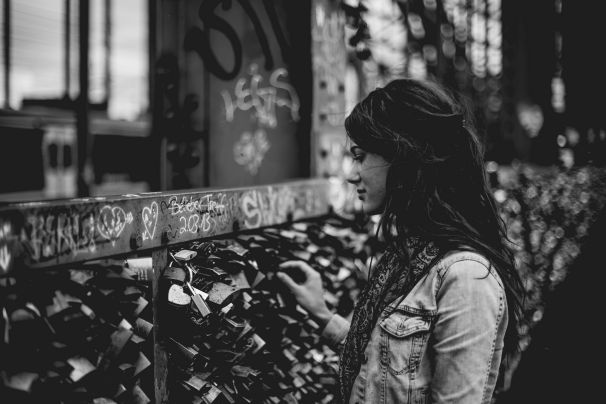 I am a 28-year-old woman who got separated from her husband because we had compatibility issues. His mother wanted me to be the puppet of their house. His parents never missed a chance to insult me. I am now an independent woman who is pursuing her PhD from a reputed college.

After I got separated, I tried to search for better options outside the city but nobody, not even my parents supported me with my decision. I was new to the city and did not have any close friends.  Several people tried to get in touch with me because they knew that I had separated from my husband.  So I  decided to register on a dating app. Initially, I met some really hungry people but I blocked all of them.

But one fine day, I came across a profile of a boy who had a very innocent smile. I just sent him a random message expressing my interest in his profile.

That night, he replied with a “Hi!” We started chatting and I came to know that he was working in the same PSU as my dad. We had a lot in common. We had pursued the same branch of engineering, were born in the same month and had similar interests.

But my main intention behind creating an account on a dating app was just to make casual friends with others because I found it easy to share things with strangers.

We exchanged our numbers and he pinged me on WhatsApp. I told him that I had separated from my ex. We started chatting regularly at night. One day, he told me that he would love me like anything and I too would surely fall for him.

He impressed me a lot with that sentence.

I was a girl who had read a lot of romance novels and had always dreamt of leading a life filled with love. But I never really loved anybody because I was very frightened about getting ditched.

But this guy was telling me that he was quite serious about me because he was searching for a soul mate.

He asked me to talk to my parents and find out if they would agree to our match. I talked to my parents but knew that it would not give me any positive result. I knew they would misunderstand me and my parents too reacted in the same way.

I told him about all that had happened and expected him to tell me that it was okay. He supported me a lot that day and convinced me that he would meet me later because he was busy preparing for his civil service exams now. I agreed and seriously fell for him. Things were alright between us for a couple of days after that but I started realizing that I was the one who always took the initiative to talk to him.

He told me that he was totally occupied with his work and he was preparing for his exams too. He said he would cater to all my demands after he finished writing all his exams. I agreed happily.

One day we fought over a trivial thing and he told me to stop doing all that I was doing for him. It was on that day that I realized that I could not afford this breakup. I apologized to him and worked to bring back things to normal.

He then said that they had already selected a girl for him and he will do whatever his parents wanted him to do. I was really shattered because a few days back he had told me that he loved me immensely.

I tried my best to convince him and told him to remain firm in front of his parents and tell them that he will either marry me or remain unmarried. But he was not ready to do this and told me that since he was going to get married to someone else he was not ready to commit to me now.

But he had already committed to doing several things for me. He had told me that he would marry me even if my parents did not agree to our match. He had even told me that we would get married to each other and then go to meet my parents. He said he would convince them about our happiness. He had been so sure that they would forgive us and he even knew that they would accept us happily.

But now he was telling me that he did not love me anymore and was going to do all the things that his family decided. I asked him to at least talk to me but he was not willing to do even this for me now. I could not sleep the whole night. I tried to convince him by expressing my feelings to him. That night I sent him 200 messages after he went offline. In the morning he behaved very rudely with me.

Finally, I told him to just be with me till he wrote his exams and till he settled down in his life. He agreed to this and it was as if I had got my life back again.

I started doing everything again. I sent him good morning wishes and kisses and asked him to send me his pictures, etc. He would always reply whenever it was convenient for him. Then one day, he asked me to send some hot pictures of mine.

I loved him, respected him and trusted him a lot. So I sent him the pictures that he asked for.

But the next day, the same thing happened. I was the person who had to message him first. He told me to bear with it until the end of his exams. He now had only 20 days to prepare for his exams. So I promised not to disturb him. I told him that I would message him only twice in a day – once in the morning and once in the night to inquire about his wellbeing.

I could not live without talking to him now so I would read all our conversations and go through his Facebook profile.

I would wish him good luck on the days he had his exam and would then ask him how he wrote the paper.

I felt that I had explored him so much that I now knew about all his likes and dislikes. Many a time, I was shocked because I could read him so well. I could predict his next action and 99.9% of the time I was right.

So I felt very connected to him and assumed that we were made for each other.

I thought he was upset because his exams were not yet over. He still had to appear for one more exam. So I just accepted everything that he told me. I told him that I would just be with him till he got married.

I told him that I knew that my love for him was totally one-sided and he had nothing to do with it. He could do whatever he felt was right for him and his family.  But I was heartbroken because he had changed completely as a person.

Earlier he had told me that he was a hardcore feminist and he wanted to spoil the lady of his life by making morning tea for her every day. He had even told me that he would rather die than leave me. But everything seemed so fake now.

Finally, it was the day of his last exam. He told me that there had been an emergency on his site and he had been forced to leave his exam midway.

I could understand his situation and so I did not disturb him in any way. I just enquired about his well being. Next day, as usual, he did not message me or reply to me. He just gave me a one-word reply that he had reached home.

Two days later, it was a Sunday. I pinged him and expected him to share at least some of his time with me on a holiday. But he did not reply to my messages and finally told me that he was busy because some girl’s family was coming over to visit his house. I told him it was OK and asked him to ping me at night. I told him not to worry about me and asked him to follow his parents’ wishes.

I told him that I would never blame him for doing this. I did not want him to feel guilty. But I was waiting for him every day. I trusted him and felt that someday he would realize how important he had been for me.

He had wanted somebody to love him unconditionally and I was still doing that for him. Maybe he was confused about me because I had a messed up life. But I wanted to tell him that I had compromised and struggled a lot in my life so I valued him. I needed him because there was nobody like him. I loved him like anything. I could bet that nobody would love him like I had loved him. I had managed his mood swings, his busy schedule, and his demands and had taken the initiative all the time. I had waited for him even when he had asked me not to wait for him because I knew I could not control my love for him.

He wanted to give that place to somebody else. I was sure that this girl would not be able to value him like me because she did not have to struggle to get his love. I bet that she would never be able to understand him the way I understood him. So much is taken for granted in an arranged marriage.

I know that someday he will realize that there was a girl who loved him unconditionally.

How could you change like this? I just want to know one thing. Have you ever loved me the way you expected love from me? My life was already messed up. Why did you enter it to mess with it again?

Maybe we are more easily accepted and loved in the virtual world. Maybe we reveal only our best sides when we chat virtually. But there is a whole lot more to love than just having some harmless fun over dating apps. Often, we may unknowingly end up hurting people with our casual attitude. Let’s share this story because we really have no right to play with people’s emotions in either the real or the virtual world.