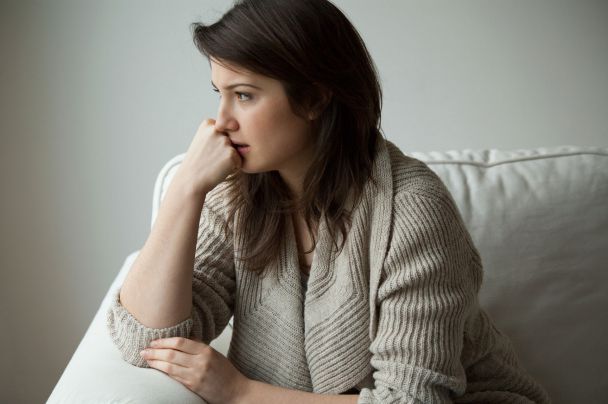 But we did manage to get their approval too. We had a beautiful marriage ceremony and all of us were very happy about it.

After I settled down in my husband’s house, I got to know about this lady who lived right in front of our house. She was married and had two daughters. Both her daughters were really sweet and my husband loved playing with them. She would come frequently to our house.

I noticed that my husband was quite friendly with her. After a few months, I realized that my husband had started avoiding me. He had also started lying to me. Somehow we always ended up fighting because of that lady. One fine day, we had a huge fight and he promised me that he would never talk to her in future.

Things fell into place after that and we started living our lives normally. I was now a part of my husband’s joint family. All his family members loved me a lot and helped me in several ways. That lady still visited us but only rarely now.

My husband always avoided her. In fact, he had stopped responding to her too.

After a few months, I realized that I was pregnant. We were very happy about this. But I lost my daughter as soon as I gave birth to her because she had a major birth defect. I was totally broken by this. I was depressed and always in tears. Since it was a ‘C’ section delivery, I was hospitalized for a couple of weeks.

My husband took very good care of me at this time. No one else would have done so much for me. He didn’t leave me alone even for a second. He did his best to cheer me up. He tried to make me laugh and helped me heal emotionally.

I was not keeping too well at this time. So that lady started visiting me frequently now. One day, only my sister-in-law and I were at home. That lady’s daughter first came to our house. An hour later, that lady came to take her daughter back to her house. She started talking to me. My husband and I were in our room when she came to visit me.

But as soon as he saw her, he moved out of the room.

We continued talking. After a while, she looked back. It was as if she was listening to someone who was saying something to her. I just ignored her. But after 5 minutes, she stood up and said she would return shortly. She went out of the room leaving behind her daughter who was playing with me.

I didn’t take her actions very seriously because I honestly did not care too much about her. But her daughter started enquiring about her mother’s whereabouts. So I decided to search for her mother. I checked the bathrooms and all the rooms. But she was nowhere to be found in our house. So I went outside. My sister-in-law was sitting there and she too said that she had not seen that lady going out of our house.

I called up my husband. But he didn’t pick up my phone. She reappeared a while later. I asked her where she had gone. She said she had gone back home to switch off the gas. She then took her daughter along with her and went back to her house.

After she left, my sister in law said that she had not seen her coming through the gate. That was the only way anyone could enter our house. I decided to check out the terrace that was above our house. I was not yet permitted to climb stairs but I decided to go up. I called up my husband again. This time he took my call. I asked him where he was. He told me that he was not in the house and was on his way home. I said, “OK.”

But my sixth sense was warning me now. I was shocked by her audacity. So I stood in the middle of the staircase. After 5 minutes I heard the sound of footsteps. My husband had been on the terrace all this while.

I was shattered. I cried and I fought with him. I tried to end my life too. I abused him for 3 months. I slapped him, insulted him and tortured him in every possible manner.

But he always responded to me with love. I knew I was giving him a tough and painful time but he continued to love me. He never left me. He denied the fact that he had been with her on the terrace. He also swore on the child that we lost and said that he had not cheated on me.

All this happened two years back. I have accepted the bitter truth and know that my husband betrayed my trust that day. Things between us are normal now. We have a daughter and he is a wonderful father. Yet, this incident continues to haunt me. She lives right opposite our house. So whenever I see her I am reminded of that incident.

I don’t trust my husband completely even today. I have my own little doubts about him. But I also want to move on from that unpleasant incident and enjoy what I have now.

Do we cling to people we love because we have struggled a lot to gain their love? Are we deeply scared of losing that person’s love? Do we project our inherent fears with our possessive/insecure behaviour? Obviously, the answers to such questions will vary depending on the situation and the person. At the end of the day, we have to do our own soul searching to improve the quality of our bonds. Let’s share this story and be transparent in all our relationships.