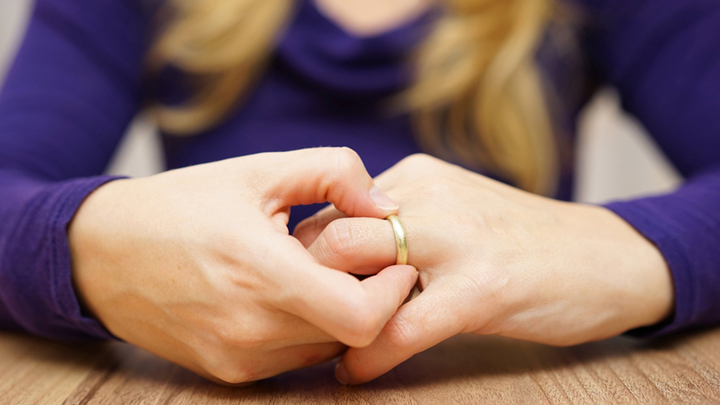 Why did you love me? I met him when I was in 11th standard and was staying in my college hostel. Slowly I fell in love with him. He had a past – he was ditched by his ex, and I was aware of this beforehand. Even then, I fell for him. We would text and talk to each other all day and throughout the night. He found out from my friends that I was in love with him and he too seemed to have fallen in love with me, after he spoke with his dad about me and showed my picture to him.

His family gave him a green signal as both of us belonged to the same caste.

My parents came to know about my affair and they were furious as I was only eighteen years old then. My dad told me to first complete my graduation and then he would allow me to marry my boyfriend. But my in-laws were adamant and forced me to get married then, simply because my sister-in-law was getting married in six months and they wanted me to attend their daughter’s wedding as their daughter-in-law.

My dad was not convinced and so we had a court marriage without telling anyone. After this, they started forcing me to go and stay at their place.

Within the next three months, my dad got convinced and we got married again with all the rituals in place. My parents only agreed on one condition, that I would be allowed to pursue my studies and complete my graduation after marriage. My in-laws had given them their word and assured my parents to not worry as they know the importance of education well.

My mother-in-law was doing a government job, my father-in-law is an advocate, my sister-in-law is a microbiologist and my husband is an engineer. They said that they would definitely educate their daughter-in-law.

After my marriage, I was forced to stay at home and cook food for everyone. I was made to do all the household chores, while my mother- in-law and sister-in-law would go wedding shopping. Not a single day, did they offer to take me along for the shopping but even then, I never complained. I would quietly do my own thing. On the one side, my sister-in-law abused me with her words and always left me to do the household chores single handedly. On the other side, she would complain about me to everyone that I am not doing anything.

In every small thing, she would pick on me, shout at me in front of everyone and they’d remain mum and would not say anything to her. I was upset, I cried every night after my husband went to sleep.

After my sister-in-law’s wedding, I applied for my final year and got pregnant too. Three months into the pregnancy, I lost my baby in 2014. The reason behind my miscarriage was that I was left to do all the household work, to run the market errands and carry heavy things, when in fact I was advised to rest in my first trimester. My mother- in-law didn't seem to care about anything. During my routine checkup, they discovered a cyst and I was operated again. After six months, I conceived again in 2015. Because of my pregnancy, I couldn't give my final year exams. After all this, I was blackmailed by my mother- in-law that “agar iss baar kuch hua, toh tujhe main chorungi nahi.” I was so hurt by this.

As she was expecting a baby boy, and I delivered a baby girl, she was furiously let down, and started abusing my baby and me.

She would fill my husband’s ears to create negativity and differences between us. We would fight a lot. My baby is now two years old, and the situation is still the same.

I gave up my youth, my career, my everything, just to marry him. Yet, I am still verbally abused by him, he claims that I do not do anything at home. These words break me down completely.

When women stand together, we emerge stronger. Join the world's largest women-only growth network, SHEROES, one million and counting. They're listening!