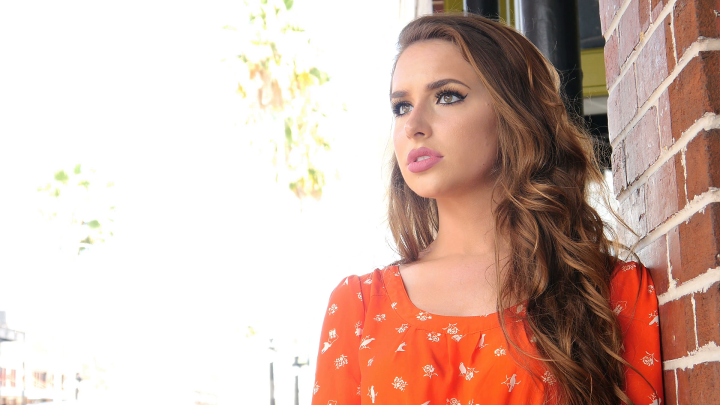 I was in 11th standard and had opted for the science group. Life was pretty boring, but I couldn’t afford to lose my attention over anything.

I had always been the topper of my class since a very early age. So my parents always had huge expectations from me. However, I did not feel pressurized by this in anyway. I was a person who had always followed my heart.

I had my group of friends. They were all committed and had boyfriends of their own. I had never really been interested in getting romantically involved.

I had always focussed on making friends instead.

I had a friend called Amit. (I have changed his name here.) He was my classmate, and we would casually chat on Facebook. It had never been a big deal for me. But one day he spoke about having developed a liking for me to a friend in my group.

My friend now did her best to get us into a relationship.

They all forced me to go ahead with all the plans that he had for me. I just decided to take it one step at a time, so I did not give them a definite answer.

One day, Amit sent me a message on Facebook. He said he wanted to spend some time with me the next day. He asked me to take my parents’ permission for this and inform them that I would return home late that night. I agreed. The next day we met after college. We went out for a long walk and talked to each other for a long time. Suddenly he stopped in the middle of the road, went down on his knees, took out a rose and said, “I love you. Please be mine.”

I was too scared to utter even a word. I reluctantly told, “Yes” and we continued walking. But I was plagued by a sense of fear after this. It was a very odd feeling and somehow this feeling persisted all through the day.

We had our dinner in a restaurant and then I returned home. I told my friends about all that had happened, and they were all happy for me. Amit was nice, caring and gentle with me. He started getting attached to me within a few days. But I realized that I couldn’t reciprocate the feelings that he had for me.

Somehow I felt suffocated by all his love. I wanted to run away from the whole thing. Unfortunately, I couldn't share this with anyone else too. I knew I was creating false hopes in his heart and this feeling was eating me from inside.

So, one day, I decided to tell him how I felt. We had been together for just two weeks. I casually asked him, “What will you do if I leave you?” He said, “I can’t live without you. I’ll wait till you come back.” I was heartbroken. I knew I couldn’t do this anymore. I knew I was not the right person for him. I had been reluctant to go ahead with the relationship since the very first day.

I couldn’t keep up this charade anymore.

So I broke off with him precisely after one month. I told him, “I can’t love you back. I tried. I genuinely tried. But I just can’t.” He began sobbing over the phone and begged me to stay with him. I said, “I can’t give you false hopes like this. We just aren’t meant for each other. I am sorry.” He was very reluctant to let go of me and kept begging me to continue with our relationship.

I couldn’t do this to him anymore. I made him promise me that he wouldn’t hurt himself. Then I ended the relationship.

When I went to college the next day, all my friends were against the decision that I had taken. They told me that it was still not too late to go back to him. I told them what I was feeling. It took me a long time to convince them about the fairness of my decision. They reluctantly agreed with me. But after a few days, they started ignoring me. They all became close to Amit, and I couldn’t understand their behaviour now.

Then one fine day all of them just completely put me out of their lives.

Amit updated his status on Facebook and told everyone about how bad a person I was. He humiliated me publicly, and all my friends supported him. I was shattered. I was carrying the guilt for doing something that was right and fair, and all my friends were stabbing me behind my back for it.

This broke my spirit and I felt weak. I cried for days on end. I had just made a choice but now it appeared to be a big mistake to me too.

I was utterly lost after this. I couldn’t study for my exams and ended up getting only 60%. My parents knew something was wrong with me when my percentage dropped from my usual 95+ to 60. I was miserable and couldn’t come to terms with my guilty conscience. I felt lonely. Pain and despair were my only companions now.

I learnt two big lessons during this time. The first one was: Taking a stand of my choice had somehow made me the oppressor. The second one was: I needed to be more careful about trusting another person again.

It’s been five years now, but I still can’t get over the humiliation that I faced at that time. I remember the days that I had to fight through all this. I still don’t know why my friends behaved in that manner with me.

I still question my own decision.

I made a new set of friends the following year and learnt a great lesson from them.

I finally began to breathe and slowly started loving myself again.

I secured a distinction in my 12th standard. My parents were proud of me. I am not in touch with any of my old friends anymore. I have changed as a person after going through that phase in my life. I don’t make friends as quickly as I used to earlier.

I have created a wall around myself now. I don’t depend on anyone for anything.

What happened at that time has left a scar on my heart and mind. I have moved on from all that now, but the lessons that I learnt during that phase will remain etched in my memory forever.

Maybe we are still struggling to create an identity of our own in our teenage years. Maybe we get a sense of identity when we belong to a group of friends. But ignoring our intuition is not so easy. Perhaps the consequences create painful memories but let's not forget that things may have taken a turn for the worse if we had not followed our gut. Do share this story because ‘time’ often reveals the depth of our friendships to us.