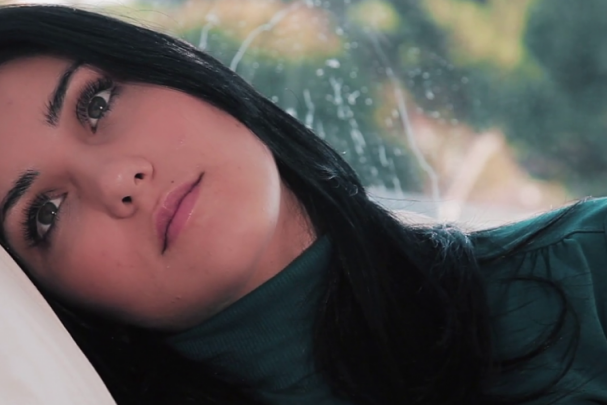 Fear, molestation, anger, frustration, independence, strength; this is the story of my life.

It all started when I was around 12 years. I felt a hand touching my private places while I was asleep.

I woke up in the middle of the night to the shocking realization that it was my own father.

I know it's going to be difficult for some of you to accept this truth but that's how life is. I too tried avoiding the truth thinking that it was my imagination. Probably I was hallucinating or it was just his loving touch, which I had misunderstood. But one night, things went beyond control.

No, he didn't rape me but what he did was sufficient for me to understand that I was not safe in my own house.

The next morning, I packed my bag and left the house. I had just Rs.50 in my pocket and didn’t know where I’d go.

I ended up smoking a few cigarettes through the entire day. It was the first time that I smoked.

Finally, I told one of my friends the reason why I’d left my house. She and her mother encouraged me to tell the truth to my mother.

My mother seemed to believe me and even spoke to Dad about the matter. They had a long conversation through the night but I was clueless about what they discussed.

Finally, the next morning she started explaining how stupid and bad I was to have misunderstood my father. That day I lost all hope.

I told my friend everything that happened and we also discussed the matter with another friend who was older than us. He explained that I couldn’t move out of the house till I turned 18.

I spent the next 5 years waiting to turn 18 so I could move out.

A few years later, when I was 16, dad came home late one night. He assumed that mom was asleep and he entered my room. But my mom was awake and she saw him touching me. They had a huge fight that night.

Mom filed for divorce and dad agreed without resistance because she warned him to sign the mutual consent papers or she’d drag him to court for the real reason.

After the divorce, my dadi and bua also refused to let my dad into their homes because they knew that a person who could do something so terrible to his own daughter could not be trusted.

The house we stayed in belonged to my mom, hence my Dad came back apologizing and begging us to let him stay. My brother and sister who were very young to understand the truth tried their best to convince my mom.

Mom gave in and forgave dad and he started living with us again.

My mom was never a weak woman; in fact, she was strong and independent in all other matters. She was a modern woman but only when she wanted to be one.

As time passed by, I started dating a guy.

Honestly, it wasn't love, it was just something to fill the emptiness within me.

During my growing up years, mom was pretty strict. I didn't have a cell phone while all my friends had one. I was not allowed to even go to the nearby market with my friends. So it was pretty easy for her to discover my affair.

Every time she learnt about my affair, she’d beat me, call me names and put me under house arrest for a few weeks.

I knew she was just trying to protect me from earning a bad image in society but after losing that one emotional support system I had, I started smoking a lot. Days and months passed by and I finally cleared class 12. I took up a job because I was going to turn 18 soon and it would be time to move out.

Even while I was working, I wasn't given a cell phone, as mom was afraid that I’d have another affair. I continued to stay with them for a year while working and always handed over my entire salary to my mom. It was not a very big amount but giving it to her made me happy.

So when I had to finally move out, I had no savings at all. But God helped me. I walked out and stayed in different places.

However, every time that I’d get a new apartment, buy furniture and spend money to make it a home, my mom would suddenly appear and force me to come back home.

She always promised that dad would not stay with us but that never happened. However, I’d end up leaving my apartment, selling the furniture at a low cost and returning home. And they’d have endless fights because dad just wouldn’t leave.

This continued for 4 years and I couldn't study because of the entire mess. Then I met a guy whom I started dating and because I wanted to end this mess, I gave into marriage very quickly. I took no time to even know this guy better.

The love he showed me in a few weeks was enough for me because no one had ever loved me.

Unfortunately, after the marriage, I discovered that he and his family members were addicted to betting. He also had a habit of using abusive language and hitting me when he was angry.

When I got pregnant, I had to quit my well-paying job as my mother-in-law developed a slipped disc. I took care of her with love and affection.

All I wanted was to build a healthy relationship with his family, which I never had with mine.

With God's grace, my mom-in-law got in better and soon, my brother-in-law's marriage was fixed. Meanwhile, my husband was failing miserably in betting and his family decided to get rid of him.

They wanted us to move out of the house but I refused.

My mom-in-law started torturing me to force me to move out. During my pregnancy, I had to wake up at 6 in the morning and do all the household chores as they fired the maid.

I would finish all the cleaning, take bath, perform the pooja, make breakfast for everyone, do the dishes, then prepare lunch and also send tiffin to my sister-in-law who was around 4 months pregnant while I was 6 months pregnant.

During all this, I was diagnosed with typhoid but my mom-in-law did not allow me to get admitted to the hospital.

I was in the 7th month of pregnancy when typhoid got worse and my health became really bad. Luckily, my husband gathered some courage to take me to the hospital where I was admitted for almost a month.

By the time I returned from the hospital, my brother-in-law's wedding preparations had begun. He got married and we had to move out of the house the very next day. I tried my best to convince my in-laws to let us stay at least until my delivery, so I could resume my job when we moved out.

But my husband did not support me and blindly followed his mother’s orders.

We moved out and I had to take up a job soon after my delivery. I had to leave my daughter at my mother's place and pick her up in the night while coming back.

My husband’s betting and abusing led to regular fights between us. Every time he’d end up beating me. One fine day, I decided that this had to stop. I picked up my daughter and walked out of the house.

I had no option but to go to my mom's place, the same place I had once left.

I stayed there for around 5 months while my husband and I went through counselling. When he apologized for his behaviour, I thought of giving him another chance.

The most important reason for giving him this chance was the discomfort I felt in my mom's house.

She would always bring up the past and taunt me for various things. So, I went back to my husband and tried my best to drag him out of betting.

I gave him money twice to start a business but his addiction to betting never let any business become successful. I even got him a car on instalment and encouraged him to work with a cab company.

But he would drive it for a few days, and then make excuses and stop. This continued for a year.

Today, my daughter is 5 years old and till date, I’ve single-handedly taken care of all her expenses.

I’ve also been clearing the debt that my husband has taken from the market after losing in betting and looking after my mother-in-law's medical expenses because my father-in-law has also lost everything in betting.

Just 3 months back, I was forced to walk out of my husband’s house again because his betting addiction and violent behaviour kept increasing day by day.

I am back at my mom's place and my dad is trying his best to make my life miserable.

Now my brother, who is just 18, has warned me not to file for divorce because he doesn't want to feel ashamed in front of the society. Rather than explaining things to an 18-year-old kid, my mom told me that the house now belongs to him because he is an adult and she will do only as he wishes.

My younger sister completed her nursing and got married to a guy in the USA. Although she has filed for a divorce there right after getting her green card, everyone seems to be supporting her decision.

If I question them, I’m accused of being jealous of my sister as she stays abroad.

I am writing this because I have decided to go back to my husband's house. I am going to try to make things better once again.

If things work, it will be great, but if not, then I am going to strategize my next move smartly.

I am not going to take a foolish and hurried step. Today, I am dependent on my mom to help me if I have to live alone because my daughter is very young.

I need someone to look after her while I go to work. If things continue to get worse, I will walk out only when I have made sufficient arrangement to support my daughter and myself.

I still hope that one day God will support me and there will be sunshine in all this darkness.

Despite the injustice they face, women give it their all to save a failing marriage and very often, their own families don't support them in this fight. Share this story because this woman needs our support and deserves a chance at happiness.