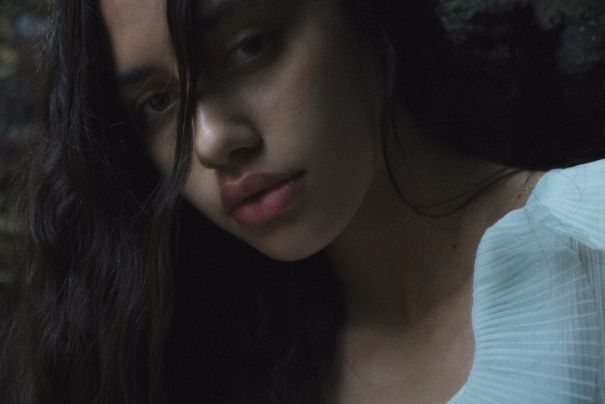 The making of a good girl started since the day I got the slightest knowledge of the term “good girl”.

Now, what a “good girl” does? Well, I was told that a good girl thinks about others before herself, she obeys her elders without any question, she never replies back to anyone, she stays within her limits, she is family oriented, she keeps calm and never creates any fuss.

I have spent my childhood in a joint family with parents who were working, grandparents, uncle, aunt, and cousins. As my mom was a working lady and my aunt was a homemaker, there was difference of opinions. But to maintain the sanity in the relations, both of them tried to bury their differences. They used to vent their frustrations in each other’s absence.

I was a little girl, innocent at heart and I thought that my mom must know the truth about what Chachi or Daadi said in her absence. My intention was to convey the truth but when my mom tried to clarify with both of them, that would lead to an argument. Next day my Daadi would taunt me saying, “this girl tells her mom everything, she has been the reason for last night's quarrel”. The little girl in me felt guilty for telling the truth as it resulted in a quarrel.

A new trait added to my personality “never say things to anyone that would create a disturbance in the family, rather keep everything to yourself”. In simple words, refrain from sharing your thoughts.

My mom is a working lady who had less time to spend with her kids. She was busy with her job and on coming back home, she had other priorities to take care of, like household chores and she had to compensate for the time she spent in office by doing some extra work for other members of the family.

I never created a fuss, so I needed less attention and time. Even when I was sad or upset, there was nobody to inquire about my well-being. Even if I wanted time and attention, I was showered with so many reasons that I started feeling less important in my mom’s life. And that added to another trait, “accept that you are not very important”. In other words, even if you feel ignored, accept without complaining.

I was the elder kid, so whenever there was any discord between me and my brother, I was told: “woh chota hai, tu to samajhdaar hai”. I was expected to be sensible at the age of 5. My brother was a troublemaker, so he always got all the attention. And as I was the calm one, I was not given any time or attention. He was a rebel.

I remember, once I argued about a little thing with my aunt and she complained to my mom saying, “her brother always does this, we never say anything but now she is also being a bad girl”. My mom looked at me saying “he never listens to us but you are a good girl, so never do this again, see your aunt is hurt”.

Another character trait added, “never point out any elder’s mistake, they get hurt”. In other words, if you reply back on any wrong said by your elders it's an insult, so accept whatever they do or say.

So I grew up inculcating all the character traits of a good girl. And finally I grew up and my parents considered that as my marriageable age.

I met this guy whom they thought was a good match for me. During our conversation for 15-20 mins, I realized that he was the not the right match. We had nothing in common, neither our choices nor our hobbies. After our meeting, I shared my thoughts with my family but since the boy’s family had already given their nod, my dad thought it was indecent for us to step back.

My family told me that I had been such a good girl, I made them proud always so I must do the same at my in-laws' place. So basically, they were telling me that it was time to harvest the education that they bestowed on me.

My new family had parents-in-law, grandmother-in-law, three married sisters-in-law who stayed within a distance of 2 kilometers from our home. My husband was an obedient child and a good son, brother, and grandson of the family. He used to be busy with his responsibilities and fulfilling the duties towards other family members.

So it was the right time to make use of my instilled character traits of a good daughter turned daughter-in-law.

My mother-in-law didn’t treat me as a family member, she treated me as a competitor and feared I might take away her hold from the house. She always took credit for anything I did, she was successful, in degrading my image by telling lies about me.

I wanted to tell everything to my husband but I couldn’t because I learnt in my childhood that never tell anyone a thing that could create disturbance; keep everything to yourself.

I didn’t even counter question her as my mom once told me that "don’t point at your elders’ mistakes, they may feel offended or hurt". I never replied back to any of my elders because 'good girls' don’t do that.

Do you know that I’m left with myself now? Loneliness. A lonely person, all confined within myself and amidst so many relatives, there is nobody interested in knowing my pain. Are they responsible? No!

I tell myself that I have created this loneliness because I never asked for their time and care and also never expressed the need for their presence.

Today, nobody asks me why I’m sad and I do not have the trait of sharing my thoughts with anyone. I’m that person who got ignored the better part in my life in every relation because people knew that I will never create a fuss if my feelings were ignored.

I have heard the quote “You have to pay for your sins” but I’m paying for being a good girl.