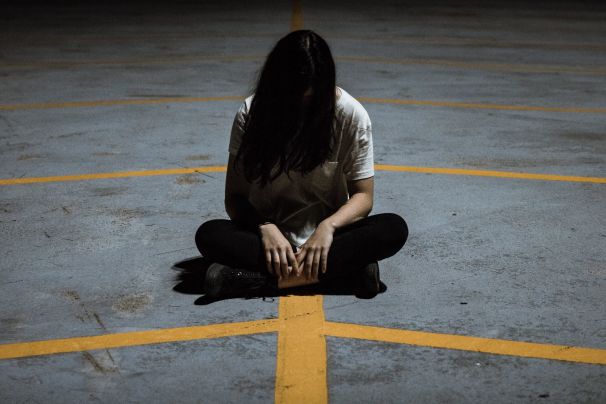 Incidences of acid attack mostly occur when a woman rejects a proposal or prospective relationship with a man. But in Reshma’s life, the acid attack did not happen because of rejection, but her inability to give birth to a boy child. That’s why her husband threw acid on her private parts. Acid attacks happen are usually done on the face but in her case, things were very different.

Reshma stated, “My name is Reshma, only and only Reshma, I don’t need anybody’s surname to complete my identity.

Whatever I am today, it’s due to my hard work and because of Chhanv Foundation. We are three siblings and I am the elder one. I did not study because the condition of my family was not good enough to provide the three of us with a decent education. I was 14 years old when my parents got me married. After marriage, I moved from Kanpur to Lucknow. I thought that after marriage, I’ll meet new people and do everything that I wanted to do. But things turned out very differently from what I had imagined.

At the age of 16, I gave birth to a girl child, but my husband and his family members were not happy because they were expecting a boy child from me.

Soon afterwards, their behaviour changed, they were very harsh and cruel towards me. At the age of 18, I again gave birth to a girl child and over and over I repeatedly gave birth to a total of 5 girls. The relationship between me and my husband was not good. We were not talking to each other, his anger towards me was rising day by day. He always said to me, “I hate you, I don’t want you in my life.” So, I always wondered why he was behaving and telling me all this? Was it just because I didn’t give birth to a boy? What was really my fault in that? On 24th July 2013, the blackest day of my life, I was in the kitchen doing my regular work when my husband kept yelling and calling out my name, “Reshma! Where are you?” I thought, what did I do now? Why was he shouting my name?

I went out to see when he suddenly grabbed my hair, pushed me and threw acid on my private parts. I was stunned, I was in pain, I was shouting in agony and crying but there was nobody to listen to my anguish. For two days, I just sat there in one corner.

On 26th July, I called my dad to come and take me from there, because the pain was unbearable, beyond my limit. When my dad came to see me, he wasn’t allowed to get into the house and was sent back with great insults hurled at him. I was in pain and I didn’t know what to do at that time. Then on 30th July, my dad came to my husband’s place again, fought with him to take me and admitted me to Lala Lajpat Rai hospital in Kanpur. When the doctors saw my condition, they refused to take my case. But my father requested them and pleaded them a lot so after that, they were finally ready to do my surgery. When they checked up, they told me that I was 2 and a half months pregnant. I realized then that I was so occupied with the hustle bustle of my everyday life that I didn’t pay any attention to my health.

The doctors told me that because of the acid attack, the lower part of my body got totally damaged and for that they have to do a surgery, and for that surgery I had to abort my child, but I refused it because I didn’t want to kill my baby.

I was very much sure about my decision, that I will not get an abortion. So, after seeing my courage and my maternal side, the doctor didn’t defy my decision. They told me, they will do their best to operate on me without aborting my baby. When they went out to set up for the surgery, I heard a sound and the sound was very familiar to me. I was not able to walk because of the pain, so I just tried to move and look out to see from where the sound was coming. I saw that my husband was biting my father and yelling bad words at him.

At that time, I felt that although I didn’t ever stand for myself, I had to take a stand for my dad. In that hospital, media reporters were also there so I waved my hand to signal them, they saw me and came over.

I revealed everything to them, what kind of horrific abuse happened to me. They told me to file an FIR against my husband and I did that. On 12th August 2013, at 12 am, my husband got arrested for 17 years. And the news was all over in the newspapers, and also some news channels. The very next day, my husband’s family came to me and told me that if I take back the FIR, they will give me 50000 or 60000 rupees in return. But I refused it because they didn’t know the extent of my pain. I filed FIR against him because what he did to me was completely wrong and unacceptable. It should not happen with any human ever. To ensure that in the future, he doesn’t do anything like that with anyone, he had to be punished.

They told my daughters that I am very bad and cruel, and took them away from me. They fully brainwashed my daughters.

On 1st February 2014, I gave birth to a boy child. I did everything on my part, to take care of him. I did tailoring work for a few months. My family did everything for me and my son. I was staying with my parents. On March 2015, one lady came to my place and her name was Laxmi Agarwal who was also a survivor of the acid attack. She came to know of my incident through the newspapers, as well as from some people. She encouraged my stance and told me to fight for myself and my son. She motivated me a lot. She took me with her to her foundation, that is Chhanv Foundation. Many women were there, and they were also like me. The NGO gave me work in their café, Sheroes Hangout Café. In the café, we all do every work collectively, from serving, chopping vegetables, cooking etc. So, at the end of it all, I want to say that, I never thought that ever in my life, I would get a chance to see big cafés and hotels, but the NGO gave me the happiness and purpose of my lifetime.

My son is 4 years old now and he stays with my parents, his beloved nana and nani.

People ask Reshma what she is expecting from her son, “I didn’t think much about this, I only want my son to respect every woman in his life,” she replies, with a smile.

Share this story in honour of every survivor out there.