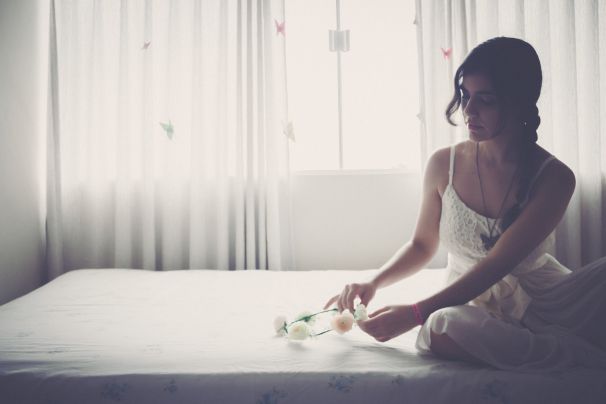 "Aap koi sati savitri nahin hain" — these six words are not allowing me to rest in peace ever since I heard them. These words were said by my ex-boyfriend.

It basically meant, "I can have sex with you at regular intervals and only because you are not a virgin. However, if you ask for more than that, for instance marriage - sorry you are not allowed to."

The fact that I was older than him and his senior in office, earning more than him did not help either. It all started when my parents started looking for a suitable match for me. There was this guy I liked in my office. Through a common friend, I tried to broach the subject with him. He responded by asking for some time to talk to his family and let us know.

A few days later, he called me and requested to meet me. We started dating. We shared all sorts of things together – he was very interested in my past and I didn't mind it. That is when he got to know about my past relationships.

I know I made a mistake when I told him the truth. I should have lied, denied point blank. I should have said, "I had no one in my life." Being the bespectacled mousy geeky type – I could have easily pulled it off.  Yet I was honest because I wanted a relationship based on trust.

Slowly and eventually we were so thick with each other that we were chatting every waking hour and one fine day – it rained. We were drenched and alone. We went back home and we had the best sex of our lives. That opened the door of a clandestine relationship for us.

I did not understand it that time; now I do. It was just the sex for him and I foolishly thought I had made my place in his life. I was mistaken, which became evident when I got to know about his marriage plans.

My competition is a 23-24 year old girl pursuing graduation, who has never been out of her family’s sight. Unlike me who is 32, a post graduate and working woman. Most importantly, I was in a relationship before and not to forget – had sex with him as well. Also I stay away from my family owing to my place of work. Not a good match for anyone I believe!