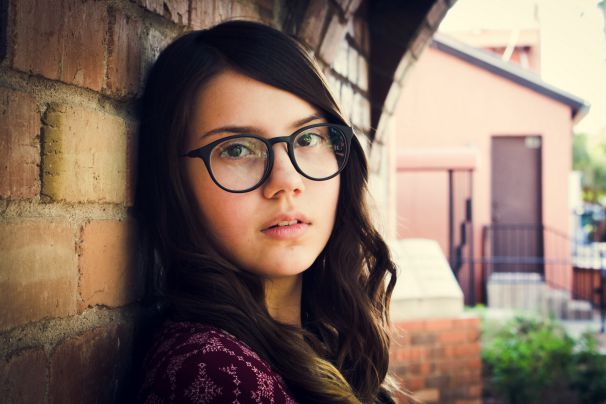 Like everyone else around me, I was living in my own world. I was happy to spend time with my friends. I had quit my job recently and had come home to take a break. I spent all my time on Facebook and got many friend requests from guys. I never accepted friend requests from unknown people.

But one night, I got a message from a guy which said, “Hi specs.” I wear glasses so I was very irritated by his message. I wanted to keep quiet but I couldn’t tolerate his approach. So I accepted his friend request and started scolding him.

I got a reply from his immediately. He said that "Your specs make you look extra beautiful. So I sent you a message like that." He apologized and I told him it was OK. We started our first conversation in this manner. He was very eager to chat with me that day. But unfortunately, the battery on his mobile was low. He told me that he had another mobile and asked me if it would be OK if he called me from that number. I refused to give him my number.

I went to bed after that. The next morning, I saw that I had got a lot of messages from him. He had given me all the details of his life. A day later, we started talking over the messenger's voice call facility. Then I gave him my number and sent him my pictures.

He was just like me. It was as if I was seeing my replica. By the third day, I had fallen for him. He was my ideal dream boy.

He proposed to me on the fourth day. I accepted his proposal and said, "Let's meet after a year. We will share everything over voice calls till then." I told him I was not keen on video chatting too. He agreed to everything.

He assured me that he would come and talk to my mom and ask her for my hand in marriage. He asked me to promise him that I would never leave him at any cost.

Everything was going on well. He was a really good person with no bad habits. My love for him increased and I was willing to do anything for him. We had conversed only for four days but he used to address me as ‘baby’.

He would tell me that he sincerely loved me and told me that he could not spend even a day without talking with me.

A week later, I shouted at him because he was not spending enough time with me. He became very busy after he proposed to me. He was usually very polite while talking with me. But that day, he too shouted at me.

After that, he did not send me any messages and he switched off his phone. I sent him many messages. But he had blocked me.

He just said, “I don’t want a third person to message me. I hate such things. Please don’t make me sad by not eating. Do eat properly and take care of your mom. I will call you one day. Please wait for me till then.” He then disconnected the phone.

I didn't know what he was telling me. I kept quiet for two days. There was no message or call from him after that. So I created a new WhatsApp ID and sent him several messages. He replied to one of my messages and said, "We live far away from each other. It will not work out. Just think about our parents."

I could not take in what he was telling me.

His hometown was just 7-8 hours from my place. I live in Andhra Pradesh and he is from Tamil Nadu. But my mother tongue is Tamil. After that, I sent him many messages and even told him that I will come to your hometown and take up a job there. My dad had passed away so I told him that I would live there with my mom. I even said, "If you want, I will come to your house to convince your parents about our love." But there was no response at all from him.

I begged him and asked him to call me just once. But there was no response at all. In fact, he had blocked me even on Face book.

He has not yet revealed his true reason for leaving me. I can’t imagine living my life without him. We conversed with each other for only 12 days. We were in love for only 10 days.

Every night my eyes fill up with tears. I hope that he will come back one day with all the love that he had for me.

Darling, without you – I am nothing. You make me feel so different about everything. I can do anything if you are by my side. Please come back. I feel restless without you.

I love you. I miss you very badly.

Do share this story because often we may not even realize how deeply we have hurt a person by our silence. Open two-way communication is perhaps the best way to understand where we stand in our relationships. We can then mutually decide whether we want to go ahead with our relationship or part ways. Let's hope things work out for this young girl.