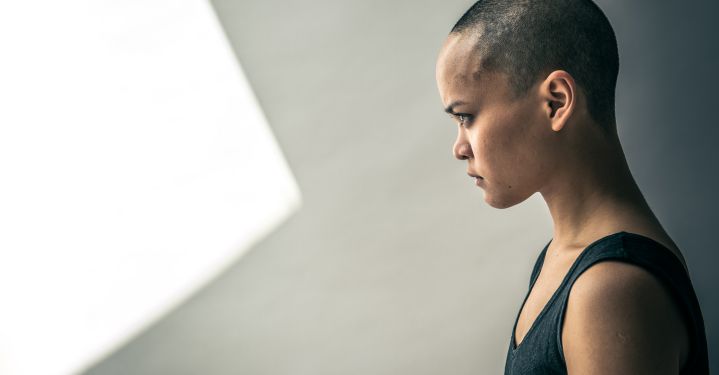 He was dating three girls. Together. Including me.

And you're going to ask me why I was stupid enough to give him a second chance. I don't know if people deserve second chances or not. But he said, no, claimed that he was blackmailed. I loved him enough to say, "Yeah, I get it. If I picked you, I can see why other women would want you too." At least I get an A+ for the confidence I have on my judgement.

But I was stupid and unaware and oblivious to the emotional fracture that was about to happen.

Then came that phase of our lives when we had the opportunity to build amazing careers. I got a job in a big IT firm, he became a Merchant Navy Officer. We couldn't meet at all, neither could we speak on the phone every day. The bittersweetness of a long-distance relationship, the yearning, the rush you get when you get a call suddenly (seriously, have you ever tried taking your phone to the loo?), the fluttering hope when his voice fades in and out due to poor signal... A young, intelligent girl; a dashing sailor... You would think this is what romances are made of.

Once in 15 days, I would get a 30-minute slot on a 1 hour calling card he would purchase. The remaining time was for his parents. That's what he said, and I believed him. I would get that call if I was lucky. I spent 7 years like this, just waiting for him. He would sail for 8, 10, sometimes 15 months at a time. When he came home, I would get 3 hours with him.

All day, all night, I'd have a prayer on my lips. Any spare minute I would have, I would automatically keep petitioning the God above to have us marry jaldi jaldi. The tears I've shed, waiting for that beautiful day on which I would be hitched.

He had to come back to complete a course. He would clear an exam, become a second officer, and we could finally get married. After all that suffering, I finally got to live with him. I moved out of my PG and rented a flat with another couple where we lived together for 6 months. He had invested all his money on another property and wasn't earning anything. He wouldn't pay for anything- not even the one-litre bottle of water. I managed all the expenses. He asked me to keep track of everything and that he would pay me back soon... As if I was going to bring home ice-cream on a whim and charge him half for it. But that's not the real cost of this relationship.

Two years went by. He didn't clear his exam, his career didn't move forward, and I had spent a total of 9 years just hoping.

Meanwhile, I ditched the soulless corporate world to pursue teaching. At least I had fulfilment there.

I tried to pressurize him into marrying me but something changed in him. I don't know if the change was already happening or whether it happened suddenly. One day, his phone was not reachable. He had blocked me because he wasn't "in the mood". And then, out of nowhere, his phone was continuously busy for an hour at 11.44 pm.

"Who were you talking to?" I asked.

"The technician who's repairing my hard-disk drive," he said, without missing a heartbeat.

I know it's totally theatrical to do this, but I made him send me a screenshot. There was a phone number labelled 'HDD'. But I didn't stop there. I went ahead and looked it up on TrueCaller.

Surprise, surprise. Her name is Sheela, a single mother to a 13-year-old and the widow of an army man. They were having an affair for the better part of four years and he had asked to marry her. I spoke to her first and then I confronted him.

His defence was to abuse me, blackmail me, and threaten to leak our photos (yes, those photos) on Facebook. I demanded him to pay me back, and in turn, he told me that I should pay up 50,000 rupees if I didn't want him to upload my photos online. I talked to Sheela again and she said, "Can you please not involve me in this?"

He threatens me. He plays the victim card. Apparently, I ruined his marriage prospects by telling Sheela about our relationship. How is he the victim when I'm the one who got robbed of ten years of my life? I don't know if I'm the victim or simply the idiot. Actually, it doesn't even matter.

Since then, something has broken inside me. After enduring so much for so long, he finally piled on the straw that broke the camel's back. I'm sitting and standing and walking in all the same places, but as a human being, I'm light-years away from the people around me. I am alone and everything is empty. The emptiness eats me. The depression is crippling. But nobody knows. Nobody can see the damage done to me. When I smile in front of my family, they don't have a clue.

I don't know if you shouldn't give second chances. However, there is something I want to say.

To all the people who don't believe in love, you may be right. But just remember, before all that cynicism came along, before you wrote off the ability of one person to be your rock for life, there was a girl like me who gave ten whole years of her youth to the person she believed in. It's time to ask if you're worthy of it.

Nobody is a stranger to heartbreak. In fact, it's only made us stronger. The reason why we tell these stories is because we're terrible at having stable connections with human beings. Maybe we can learn from them at the very least.

If you have a story about how relationships got messed up (real bad) because of some backwards logic, please tell us so that we can collectively tell clueless people "DON'T DO IT!"