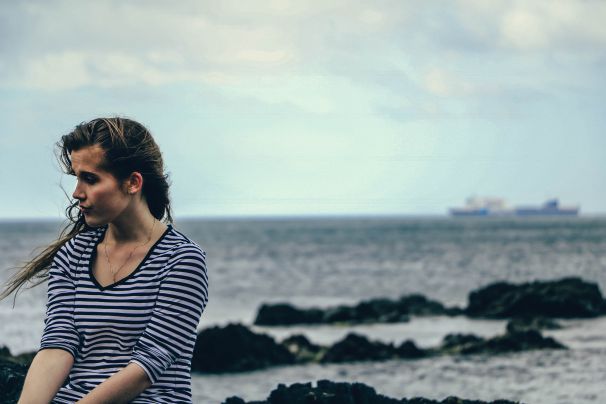 I lost my father when I was three and a half years old. At that time, my brother was eight years old. We used to live along with our mother at our granny's place. Soon, one of our relatives who was also my father's colleague started visiting us. Initially, I liked having him around my family because I used to miss my dad and he seemed like a father figure to me. But he started taking advantage of our situation by sexually abusing me. I hated it, but was lured in by the chocolates and presents he brought for me. After a while, as we shifted from my granny's place to a small one bedroom apartment, it only became easier for him to abuse me much more frequently and boldly than before. Three years passed like this.

When I tried to retaliate he told me that my mother was in a relationship with him and my brother was also a victim of his lust. It pained me to hear this. But things only became worse when my elder brother too started sexually harassing me and misusing the freedom he had in the house in my mother's absence.

I remember one day when I had cried, pleaded and begged them to leave me alone but it was all in vain. My vagina hurt and I couldn't get up from the pain of it all.

My life was hell and my childhood was a complete nightmare. I grew up to be an introvert and felt depressed at school too. I could hardly concentrate on my studies or participate in any school activity enthusiastically. In fact my teachers termed me as dull and dumb because of it.

Years passed and at the age of 11, I reached puberty. I grew up to be a beautiful girl and this only made my life worse for it increased their lust. Abuse had become a part of my life but I kept trying to fight it, as much as I could.

Once, I gathered enough courage to give a hint to my mother about what was happening behind her back. To my shock, she knew about it and nothing changed in my life.

However, by the time I reached seventh grade in school, my brother realized his mistake and stopped harassing me.

One fine day, two years later, I decided to stand for myself and not let anyone abuse me further. So when my fathers' colleague tried to touch me, I slapped him in his face and threatened him of consequences if he didn't stop. That was the last time he ever touched me. How I wished then to have gathered this much courage earlier and saved myself from the torture. Life became bearable for the next couple of years.

Then, at the age of 19, my mother decided to get me married. I too agreed as it felt like an escape from my home and troubled memories of my childhood attached with it. It felt like the only opportunity for me to get out of my home. I was fair and beautiful and the groom's side accepted the proposal of marriage at once. My husband-to-be wasn't good looking. In fact, he was lean, dark and had a a set of bunny teeth. But I still agreed to the match only because I was desperate to leave my home.

I had many expectations from my marriage and my husband, but they were all shattered when I realized, soon after marriage, that my husband was a sex addict.

He wasn't interested in me, except physically. In the first year of our marriage, I lost about 10 kilos. I used to attend final year of college in the morning and at nights my husband used me to satisfy his lust.

He used to f*** me some seven to eight times on an average, through the night. He didn't even spare me during my periods.

But I just kept mum. I used birth control pills for protection, but once my mother-in-law noticed them and I was forced into not using them. Of course, I conceived soon after, eighth month after my marriage. My husband wanted me to get an abortion, because he said he couldn't afford having a child. But I was stubborn and continued with my pregnancy. This angered my husband and we didn't talk to each other until the seventh month of my pregnancy. I grew quite depressed, eventually.

When I turned 21, I became the mother of a handsome, little boy. Time passed and one day when my son was about a year and a half old, we shifted out of my in-laws place. Slowly, I regained my confidence and started working as a coordinator in a school because my husband wanted me to support him financially.

Slowly, as I did well at my work, I changed jobs and started teaching in esteemed private institutions.

Four years after working at other places, I started my own daycare facility for kids at home. This was a huge success and I got myself trained in Montessori education.

Soon I opened a Montessori house, preschool lower kindergarten and upper kindergarten. Meanwhile my mother-in-law fell sick and passed away after four long years of ailment. And then, about eight years later, I conceived my second child, a beautiful baby girl. She brought back my smile.

But nothing much has changed between me and my husband. He's still emotionally dry and I am tolerating him only for the sake of my kids. I tried loving him with everything I had, but I failed. I just hope that I can provide a better future to my kids.

My only regret is that I chose a wrong father for them.

Share this story to encourage anyone who has been a victim of harassment to speak up. Share this story to let them know that they can rise from their past and not let it come in the way of their dreams. You are more than the horrors that have been meted out to you, educate yourself and prove it.