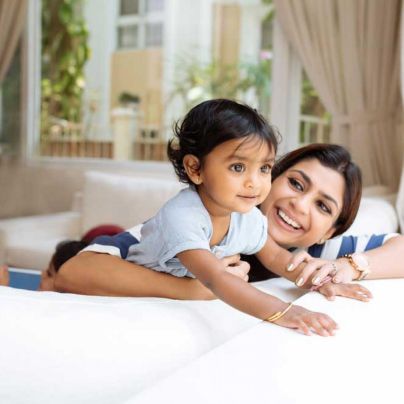 I got married around 3 years back. It was a proper arranged marriage. My parents and I were very happy because it was the first marriage that was taking place in our family.

There were some misunderstandings regarding the gifts that were supposed to be given during the marriage. Apparently, my mother-in-law abused my parents a lot but like every other Hindu family, my parents just kept quiet and did not react to it. I came to know about this only after a few days. I wondered why people did things like this even though they knew that it hampered our peace of mind.

I was very upset about it but I also knew that such things happened whenever a marriage took place.

My husband was working in Bangalore. I was working for an organization. So I applied for a transfer. I was excited when I finally got transferred because I could now live with my husband there. We had a happy married life.

She told him that she didn’t like my dress sense. So I was supposed to change it and dress up like my sister-in-law now. They also told me that I was supposed to get up early and complete all our household chores and then go out to work. They did not want me to hire a maid.

I work for an established organization. The work timings are from 10 a.m. to 8 p.m. When I asked my husband about whether we should employ a maid to clean the house, he was very clear that he was not interested in hiring maids. He said we will do all the work ourselves. It was very difficult to do this but I wanted to avoid a fight so I did not react much to this.

My mom is very attached to me. I had never been away from her since my college days. So she would always call me twice or thrice in a day to inquire about my well being. It was quite natural for a parent to do this. But my husband did not like this too.

He told me that I should not talk much with my mom and friends now.

He said if his mother came over to stay with us in future, she would not like it. So it would be better for me if I avoided doing this from now itself. I could not keep quiet now. I told him that I cannot do what he was asking me to do.

He then said that my parents wanted my salary. That is why they were so attached to me. I was really heartbroken to hear these words.

But I just compromised and decided to ignore everything. But every other day, this mama’s boy had some complaint or the other. This really depressed me. I was not able to accept such things. Despite being highly educated and having a good job I had to face such things every other day. He treated me as if I was mentally ill in front of our neighbours. I was totally disturbed by this. My parents were really upset to hear all this and asked me to divorce him. But I thought it would be better for me to compromise because I wanted to live a decent life in our society.

That was the biggest and worst decision that I took.

Soon I became pregnant. It was totally unplanned. I told my husband that we had been experiencing compatibility issues till now. I did not want to burden a new life with our problems. But he was not willing to listen to me. He said that he wanted me to keep the baby. I thought that he would change after the baby was born and our life would become better.

He did take care of me during my pregnancy. But we continued to fight over the same issues. But we also grew closer to each other.

I was very happy and thought that the baby will bring about a change in our lives now. Soon, I gave birth to a pretty girl baby. Both of us were happy. My parents too chose to bury the past and were happy for us. My baby was my angel now.

I had gone to my mom's place for the delivery. After the delivery, my mother-in-law told my husband that I should spend a month with them. So my husband asked me to go there. My parents were not very keen on sending me there because I had undergone an operation just two months back. They knew my mother-in-law's nature. But I convinced them saying that this would only strengthen my relationship with them. So I went there and lived with them for one month.

I did have some problems there but I never told my husband anything about it because I did not want to create problems for myself again. So I just kept quiet. After a month, my husband came to my mother’s place to take me and my baby to Bangalore. He had already stayed at his mother’s place for a week. I don’t know what exactly happened there but I could see that his behaviour had changed. My mother-in-law had told him that I wore vulgar clothes in my sasural. She also said that we had a maid and a cook while they had to wash all the utensils on their own.

My only question was: If you did not like the clothes that I wore, you could have told me directly. I was mature enough to know what to wear and what not to wear. And how could you even expect a person (who had undergone an operation) with a newborn baby to do all the chores around the house?

I was very disappointed when they said such things.  I told my mother-in-law that she should not do such things. My husband became aggressive when he came to know about this.

He told me that I should not question his mother and hit me for doing this.

I live in Bangalore even now because I am emotionally attached to my husband and wanted our baby to have a normal childhood.

But he has not changed at all. He has the same hatred for me and is as aggressive as he was earlier.

My office has shifted now and I have to travel 40 km every day. I asked him if we could shift our house but he did not agree to this. My baby is 6 months old now. I have to leave her for 12 hours every day. I spend 4 hours commuting every day. I still feed her but he is not ready to listen to anything that I say.

But now I think it is high time I took a stand – not for myself but for my baby….

Maybe we don’t know what ‘marriage’ actually means. It is not just the union of two bodies – it is about understanding, respecting and helping each other evolve into beautiful human beings. But if we start imposing our will on our partners, cracks will scar and sour up our relationship. Let’s share this candid story and hope that this confident woman is able to set things right in her marriage.