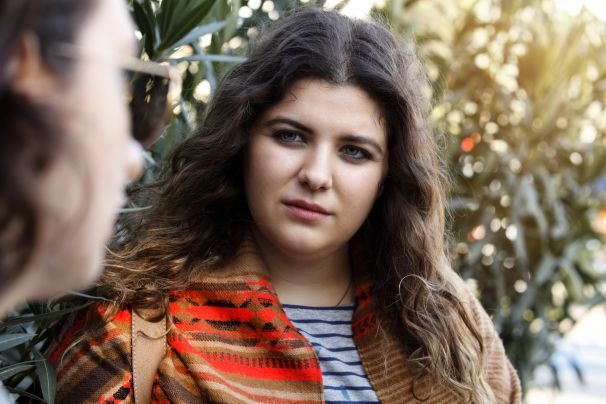 My story started in the same way like most love stories start. It was nothing extra-ordinary.

But when it started, I thought he was the perfect guy for me. He was exactly the person that I had always dreamt of.

Within 2/3 months of our relationship, we both talked to our respective families. They agreed instantly because we belonged to the same caste and both of us were well settled in our respective jobs. At that time I was 24 and there was no hurry for me to get married.

His elder brother was yet to get married, so we decided to wait till he got married. Unfortunately the wait never ended and some real drama began now.

Whenever I discussed anything about our marriage, he would blame me for everything. He would comment on how fat I looked and how his family wouldn’t accept me if I continued looking like this.

He would then tell me how I should lose my weight and should look fair because all his family members were fair and they didn’t want a black bahu.

The complaints grew day by day and finally it reached a stage where he would say that I should not wear sleeveless dresses, talk to any guy, and not wear these kinds of dresses and the list went on.

We completed 5 years of our relationship with all this drama and his brother was yet to get married.

My family members were not ready to wait any longer as I was 29 by this time. I was still with him till that time and was bearing all his drama. But finally I gave him a deadline and asked him to talk to his parents regarding our future.

So he promised to give me his final decision within a month, after discussing things with his family. After one month, he finally went home. One fine day, in the middle of his visit, I got a call from him.

Suddenly out of the blue, he asked me a question, “What happened to your study loan?”

I said, “It’s still there and I am discussing it with my father and we are considering paying it off.”

He said, “I need proof and you have to assure me that you will pay the full amount before marrying me. Unless you do this I am not going to talk to my parents regarding our marriage.”

In that very moment, I decided that the person for whom I had waited for 5 years didn’t deserve to be my husband. I disconnected his call and blocked him from everywhere. He called me continuously after that day. I just picked up his call once and the same story continued. He said that he was tense about my father’s image and used all kinds of excuses to defend his demands.

So I finally asked him, “What’s your call on our marriage if I don’t pay the loan?”

His reply was, “I am not going to marry you until and unless you clear your debt.”

I had waited for 5 years to marry him. Now suddenly he was putting up a condition saying that, “I’ll marry you only if you clear your study loan!” It was quite clear that he didn’t want to incur expenses due to my debts.

But I was as shocked as hell and was silent for 2 minutes over the phone. Finally I said, “That’s all from my side, dear. I understand that you are not made for me.”

I agree that I need to pay off the loan. But I work in an MNC and I could have easily paid that amount in one shot. But the way in which he put so many conditions to marry me made me think about it.

I had given him 5 years of my time but I knew I had wasted my time for a wrong person. I don’t know if I can ever get married to anyone but I am sure that he is not the one for me. I know I cannot spend my whole life with him.

Love blossoms when it is unconditional. Share this confident young girl’s story because most of us really struggle with this concept of unconditional love. Let’s not lose out on beautiful relationships to realize its value.