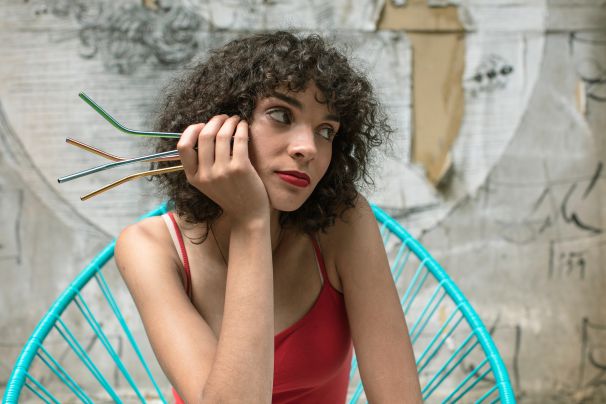 It is rare to find a person who has that kind of a swag and that kind of charm. I had just moved to a new city. I was living away from my home and family. I was doing my best to lead an independent life.

I have always been strong mentally. I am frank enough to question people's motives when they try to become friends with me.

But the moment he entered my life, he stripped down all my defences. I was excited and happy to meet him. I was in my late 20s at that time. All my other friends were already married. Some of them were mothers too. And then we live in a society where a woman needs to get married before she turns 30.

I guess this guy just happened to turn up in my life at the right place and the right time.

I met him late in the morning in February. I was waiting for the elevator when a common friend invited me to his house party. It was a great party. The food was scrumptious. There were plenty of drinks and yes, the company was great too.

I had just known him by his face so far. This was the first time we were speaking to each other. We made an instant connection.

I left the party after a couple of hours. We lost touch with each other after that. But a few days later, he sent me a text message and asked me if I had enjoyed the party. A few weeks later, I was added to a group. He was planning to host a catch-up and wanted the entire group to attend it.

There was a lot of banter in this group chat and it was a nice way of knowing what he was up to.

I had started falling for him by now.

I feel guys don’t have the courage to ask a girl out for a date. They use every other trick in the book to get to know her but will not be man enough to ask her out for a date.

This guy started teasing me on the group. I then sent him a private message and told him exactly how I felt. He apologized immediately. We now started chatting nonstop. From the minute we woke up till late into the night – we would keep chatting.

One day he said he wanted to tell me something. He then said he didn’t want to ruin our friendship. That was the turning point of our relationship.

I realized that I had fallen hopelessly in love with him. All I wanted was for him to ask me out for a date. I didn’t want to ruin the beautiful bond that we now shared. So when he called me up a minute later to invite me for a date, I started jumping with joy.

It was a very magical and dreamy lunch date. We explored the city and talked about our past, our present and our plans for the future.

But life just happens to work out in its own unique way. Even our best-laid plans go haywire. And at such times, we just need to change our strategy to rectify the situation or simply walk out of the relationship. There is no point in fighting for what we feel is right. There is no point in hanging on to the relationship – simply because this is not DDLJ ( Dilwale Dulhaniya Le Jayenge).

I was in one such situation with him at that time. Two days before our date, he sent me a text message.

He said that I should not have any expectations from our relationship. He said he would never be able to forge a permanent bond with any other girl.

I was in tears the whole day that day. Why had he worked on building up a relationship with me when all he wanted was just a date?

But I had already fallen for him. So I thought that things would change after we went out for a date. I thought that I could convince him to fight for me. Yes, he was with me for the next year and a half. He helped me out when I changed my house and switched to a better job. I too was there for him whenever he wanted someone to talk to or cuddle with. I would do his household chores too.

I felt as if I was his girlfriend.

We went out for long drives and movies. We would go out for dinner dates. We would take part in activities and go for treks. We would catch up with our friends. Sometimes we would just spend some time in his house doing nothing.

These are the fondest memories that I have of the time that we spent together. I will never be able to forget these days.

We had been together for a year when things between us started to change. He told me that he was attracted to a number of other women that he knew. He mentioned the names of a common girlfriend of ours and one of his female colleagues. I had seen him exchanging messages with his female colleague earlier. But at that time he swore that it was just office banter and inside jokes. He never showed me his phone but would go through my messages from time to time. I could sense that he had started moving away from me. He showed me the profiles of girls that his parents were shortlisting for him. I remember crying when he did this.

I blackmailed him emotionally and begged him to talk about me to his parents. I thought that I would stand a chance to be with him forever only if he discussed our relationship with his parents.

But he was adamant. He said, “We don’t share any kind of a relationship and we have no future together. I dislike giving labels. Of course, the emotional connect and the feelings that we share will always be there between us. But I had made this very clear to you right from the beginning. You entered into this relationship willingly. You knew you would have to face the consequences at some point in time in your life”. That is when I realized that I couldn’t change the past. But I could bring about a positive change in my life by focussing on my present.

I then took the toughest decision of my life. I gave myself some space and time to think. This meant – not initiating conversations or responding to late night/ Friday evening texts. This also meant not attending outings planned by common friends and staying as far away from him as possible.

I wanted to see what worked for him. Did absence make his heart grow fonder or was it a case of "Out of sight, out of mind" for him? A month after I cut all ties with him, I got to know that he was engaged and was getting married after a few months. Yes, I had opted to move out of his life. But I had wanted him to fight for me – not forget me.

But he hadn’t exactly forgotten about me either. A week later, he did send me a text. Not to inform me about his wedding. It was an apology of sorts for being too busy to catch up with me. He then offered to catch up with me over the weekend by giving me an open invitation.

I didn’t know how to respond to a text like that so I didn’t reply to it.

It’s been more than a year now since I cut all ties with my ex.

And my life has been great after that too. I got a chance to travel. I was able to focus on my work. One of my personal goals now is to become fit and I have other dreams to pursue too.

Yes, I did go out for a few other dates too with some wonderful guys. One of my common friends did tell me that he continues to be his usual charming self even after his marriage. But I prefer focussing on my life right now. I hope I am able to forge a bond with someone I love in the near future. But I wonder if I have really moved on from him. Dating other guys does not mean I have moved on.

I think I have moved on because now I have this kind of an attitude: Regardless of what happens to me now – I know I will be fine.

Yes, I did lose my heart. And that was not a mistake. I just loved the wrong guy. But I have become richer by the experience. At least, now I know what I don’t want.

I am now in my 30s. But I know that someone out there will become a part of my life at the right time. And that someone will strip down all my defences and make me believe in things like trust and love again.

Ups and downs are a part of all our lives. Good experiences will always make us smile but the memories tend to fade with time. Bitter experiences teach us about life and relationships but we will never ever forget them. They will transform us and like this girl rightly points out – such experiences enrich our lives. Let’s share this story and learn to respect and love ourselves first. When we have the right attitude- we can create a life of our choice.