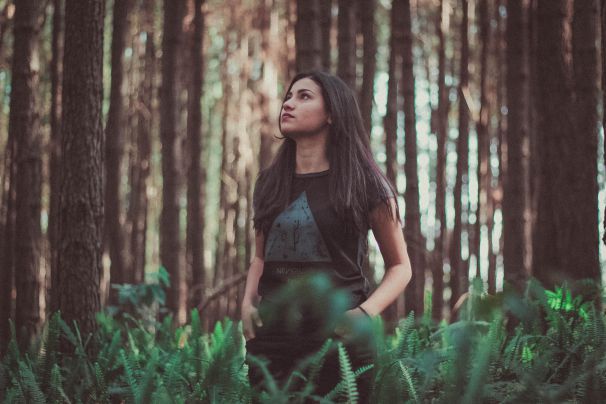 I was young and naive when I stepped out of school in 2012. I was on the heavier side, so my self-esteem was quite low back then. My childhood was not spectacular either. My father had a government job so we kept moving from one place to another. He was a strict man and as a child, I had many issues with him.

One day, while chatting on a social network platform, I got re-introduced to a school senior. We started talking casually. Slowly, things became serious and we fell in love. We would discuss our future together, our marriage and children. But, he was a Muslim. Very staunch, very rigid!

He put forward many conditions like wearing a burkaah, converting into Islam, changing my lifestyle and so on.

Things got really weird after two years of dating him. He would come to meet me occasionally, not pick my calls for days and give extremely lame excuses for staying out late with other women. To make matters worse, he was unemployed. I never understood how he managed to pay his rent and lead such a lavish lifestyle.

As time went by, our relationship started deteriorating from bad to worse and beyond. A 20-year-old girl became paranoid, insomniac and lost her trust in people and all her appetite.

But, I started working on myself and began reducing my weight. This was the turning point of my life. Then, my life became much more miserable than before.

My boyfriend turned suspicious. He accused me of having affair with random men, even my cousin brother! He would spy on me through different social media platforms. This continued for over a year. He sucked all the life out of me. I cannot explain my mental and physical state in words because it was too agonizing. I just wanted to escape the cage of this relation. Obviously, I couldn't do so because I thought I was in love and he emotionally blackmailed me too.

When it seemed I had lost all hope, God rained mercy on me. I bumped into the man who would change my entire being. He was my batchmate in senior secondary school. He showed me what peace felt like in a relationship. He came to meet me with whatever money he had. Long story short, I cheated on my douchebag of a boyfriend with him. Then one day, my boyfriend found out.

He abused and fought with me, manhandled and blackmailed my friend. Guilt and regret washed over me, but guilt wasn't enough to get me back with him. That was when I faced my bully and asked him to f*** right off. Things ended between us on a sour note. One year after this incident, a random woman texted me accusing my ex of cheating her, emotionally and financially.

She said he was in a relationship with me, herself and a third girl, all at the same time. It was a money minting scam.

In that moment, I felt free of any guilt that I had felt in the past for cheating on him.

I just want to tell young girls out there to be careful. Wait for the right man, work on your career and keep your parents happy.

Today, after leaving him, I have everything in my life that I once asked for. I have an amazing life partner that my parents approve of, and a satisfying career. I want to thank God and my parents for being with me, always.

Share this story to put a stop to stories of liberation, and begin an era of identifying and preventing abuse.