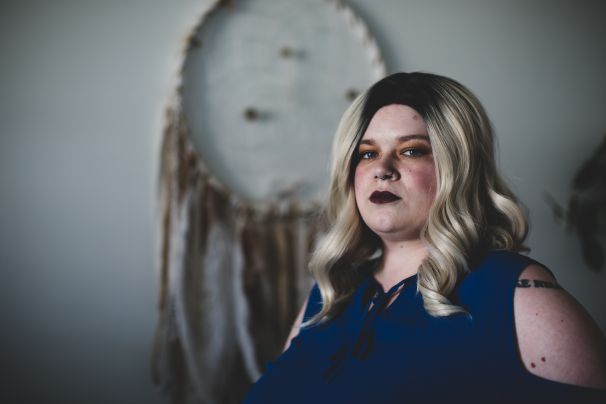 I decided to break the vicious circle. My father, a reputed man in my city, married my highly educated mother to maintain his status quo. He came from a humble background where eating an extra tomato for lunch was a topic of discussion among the family members. He married my mother so that he could walk in the society with his head held high with pride, for people would envy him for marrying a wealthy, highly educated and beautiful woman.

My mother’s father had passed away when she was fairly young and that’s why she couldn’t say no to the marriage.

She knew her mother would pick the best for her, so she got married to a man who was not looking for a wife but a status symbol who would be his slave and follow all his demands. My father wasn’t a bad person, or so I like to believe that’s why I always blame his upbringing rather than calling it as his own actions. It’s more comforting that way, to think of my father as a good man.

As a father, he made sure that we got the best education. He was strict and never thought twice before raising his hands on my siblings and me. My grandmother made sure that his aagyaakari beta made life hell for his wife and kids. Daytimes were fun. However, in the evening, the moment we heard my father’s car, which he got as a dowry, honking in the garage, we would all sit down quietly with our books in our hands. Weekend outings were equally not so interesting and dominating where my father decided what we would eat for all of us. Chowmein was a big no. He would make my mother cook dishes at home. He made us eat something he liked and not something we wanted to eat.

There were nights when we did not go to bed happy and feeling safe.

Especially my brother and I, we thought our mother would leave us and go away if we went to bed. And so we would sit on the floor outside the room to make sure that we stopped her, in case, she tried to leave. My father would fight every day, every time and for every small thing. On one such instance, he tried hurting my oldest sister with a burning candle, since he was upset with my mother for misplacing a broken cup which we used to take out the extra fuel in the generator.

He spent good money on our education by sending us to best universities and always made sure to mention it, every time we met. I merely believe, he insulted and abused us and to cover up his doings, he paid us for it. With this, he thought he was just in for whatever wrong he did.

We are adults now, and everything has changed. My mother has had a great career. She is an independent, strong woman now. She doesn’t hesitate to give back to my father whenever he tries to insult her. My father is leading a miserable life where none of us supports him for his wrong behaviour towards our mother. He thinks we don’t need his money now and so we don’t help him. The truth is we want our mother to divorce him. She has had enough. We have had enough. A beautiful family gathering gets screwed up suddenly because my father gets upset. And the reasons are either unknown or illogical.

I don’t hate him but I realized I don’t love him either.

Then what do I exactly feel for him? I think I pity him. Without a doubt, he has done a lot for all his kids. He gave us a good education, sophisticated lifestyle, and financial security but with that also gave a childhood I hate. It’s something that impacts my life even today. He still values money more than relationships. He loves us based on our incomes. He doesn’t ask us for a penny, in fact, makes sure to give us his money whenever we meet him. But if only money could buy us everything in this world, things would be more straightforward. He thought I was fat and so he got me married to a person he thought was good enough for me. He said, “I can see, this guy will grow in life. The way I did.”

All he did not say was that this guy would give me the same misery that my father inflicted on my mother for so many years.

My in-laws demanded dowry from my parents. However, thanks to my mother, we did not succumb to their demands. My husband said that he would make sure that the wedding happens without any dowry. I married my husband without any love for him. I married him because my father wanted me to.

Today, we are a miserable couple. We fight every day, every moment and for every small thing. The story seems to be repeating itself after so many years. I have become abusive in all these years. I give back to my husband when I feel my existence is threatened. He has issues with everything I eat, drink or wear. He has problems with me being outspoken and friendly. I have now decided to break the vicious circle.

With no love and no respect for my husband, I have decided not to give birth to my child.

I will not bring another one into this world, only to be insulted and humiliated by their partners and fight life like my mother and I do every day of our lives. I am planning to divorce my husband and start life afresh. He is not an evil man but not someone who is good for me. He will pick his family over me, and this is what they want. For them, he is a golden goose and why he should not be – he is the aagyaakaari beta. After all, Indian culture is all about being Shravan Kumar. Daughters are meant to be mistreated. They should think of their husbands first and in-laws after that. They cannot think about their own parents. And unfortunately, the lawmakers – at most times – are none other but Indian parents with a girl child, like my father.

We, in India, call this tradition and sanskaar and who doesn’t want a sanskaari bahu.

The author throws some light on the harsh reality of our Indian society. Share this story, if you wish to see the change.