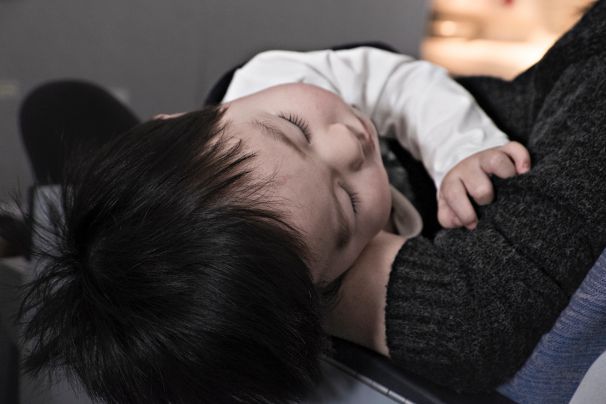 My name is Bella (name changed), I’m a 32-year-old pre-primary teacher by profession. I was born in a conservative Gujarati family. I am the youngest of the lot in our family, I have an older brother and sister.

I was in the 9th standard and my brother in the 10th when he got, “curious”. Our elder sister had gone to stay with my aunt for her studies and that’s when my brother began touching my lips and breasts when he thought I was asleep. I was horrified.

This went on for a few days, then I decided not to sleep and would pretend to study at night and sleep in school during the afternoon break or when we went to his coaching classes.

I tried to talk to my sister about all of this, but I was too young and didn’t know how to put all of this into words.

For a year and a half after all of this began, I found different ways to stay away from him. It was in January 2000 when I met a guy, who was ten years older than me and we connected in a beautiful way.

We began talking for hours on end and it’s his friendship that gave me the courage to stand up to my brother the next time he tried to touch me. And it worked.

But even though the physical contact had stopped, I was still uncomfortable in his presence. It had been three years, but the memory of his touch still haunted me. Simultaneously, I was falling in love with the older guy. We got married in April 2003. But it was not the fairytale that I had dreamed of. I was too young.

His family was far more conservative than mine ever was and his mother believed that I should stay at home, cook or clean the house.

And later, I found out that he was short-tempered too. We soon decided to live as a nuclear family. Unfortunately, that didn’t solve any of our problems. He had a lot of expectations from a 19-year-old girl. Love, care, and sex turned into arguments, violence, and distance between us.

My only support in all of this, was when my elder sister came to visit us. This safe haven didn’t last too long though- I found out that my sister and my husband were having an affair.

This was the last straw. I broke completely and spoke to my parents and his sister about this ordeal. But nothing could help me and what made things worse, was that he was crazy about her, but she just enjoyed playing with his feelings and eventually, married a well-settled man.

During this time, I hoped that things would change between us and he would be able to love me, but I was mistaken. All he now wanted from me was sex. It was during one of these rare moments of intimacy with him, that I found out that I was pregnant.

And in 2009, when she was born, she became my world and the only ray of hope I had in my life. I began living for her.

Now our daughter is five years old, in these fourteen years of marriage, I have grown as an individual and have understood, more importantly, accepted the fact that my husband and I are two very different people and we can’t live together.

My self-respect is very important to me. And I have to be a role-model for my daughter; she has to learn how to fight for herself. And so, I can proudly say, I have decided to separate from my husband and bring up my daughter on my own, with dignity and love.

Share this story, in support of all those strong women out there who put their self-respect in front of injustice. More power to you!