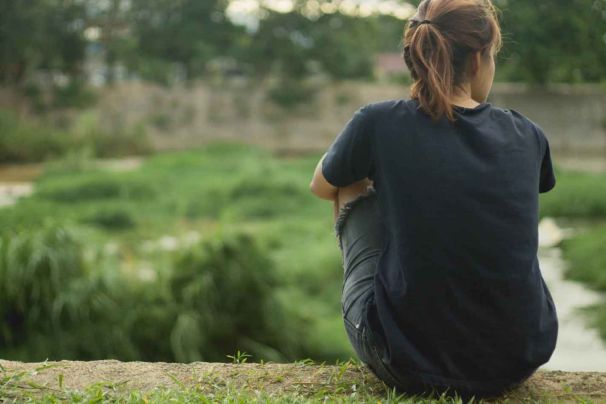 Instead of anonymous, I would want to call myself spineless; seems odd but true to what I feel about myself.

What I am going to tell you is a story where I went wrong, I know that making a decision based on my guilt would be very subjective but still.

So here it goes, I was this tomboyish girl in college who had a really beautiful friend. Just out of school, into a professional college where some of the best brains were studying. I was definitely happy, calling myself the typical girl with brains. But then I was a girl (no Feminism please!) and I had hormones too and hence, vying for male attention was at least in my sub-conscious.

My friend, the beautiful lady was for obvious reasons approached by a lot of guys. Everyone wanted to be her friend and me being close to her resulted in me being the messenger.

Needless to say that over time jealousy cropped up somewhere and it turned into a form of desperation. So much that within a year of our college, I had an 'Okey dokey' guy as my friend. 'Okey dokey' in general sense and smart if I compared him to my standards. Well, we did not get to interact much cause of the vacations and studies but this guy was an emotionally abusive wreck who was ruining my peaceful life.

So, within the next 6 months I was done with him. After having been slapped by him once, I'd had enough and I broke up.

There was this another awesome guy in our class. Easily the best brain, smart and super caring type. He was what you would define as the 'perfect man' one could have. We got together for a college project and we seemed to hit off instantly. It had been a year since my break up so anyway I was out of my desperation mode.

So, this guy, let us call him Samarth, I cannot explain but he really made me feel on top of the world. Such a caring guy that he took note of every small thing I would say and he made sure he surprised me with it. Needless to say I fell for him. I knew he liked me too but he never said it and so one day, while we were roaming around in a park near college, I went down on my knees and finally proposed to him. To reply to what I had asked, he too went down on his knees, held my hand and asked, "Will you be my hon?"

And then started the amazing journey of us being together. We were on a long distance relationship for more than 2 years then and were pretty happy when he started getting busy with his work and I started facing issues at mine. Things were not going well with me and I don’t know why but he was too busy and being physically apart, he could not give me enough support. But you know what, we did not fall apart even then.

I was holding on. He seemed distant but maybe it was just time and he was still with me.

Then I cracked the coveted B-school and my life just turned around. I went to college and considering that the first trimester is usually too busy, we did not have time to interact. Samarth and I started fighting a lot. Every time he called, we had a fight and then I met Ritesh. I'm pretty sure I fell for his looks, his nature was good too but he just made me weak in my knees.

I am not that kind of a person, who likes people so fast and here I was at my allegedly third boyfriend prospect while I was still with my second.

I don’t know but for whatever reason, I was falling apart from Samarth and the fights were making it even worse. Now, as easily I could have done it, I finally asked him to break up and explicitly told him about Ritesh — yes! I was that rude or honest, whatever you'd want to call me. And Samarth was still asking me not to leave him. Believe me, I did not and with a half-hearted love for him, I said my sorries and continued with the relationship. My parents also had a role to play because they knew about Samarth and loved him like family.

I was strictly asked to stay away from Ritesh which I tried to do that but could not. I repeated the same thing again after a few months (I guess 8) and yet again I was back with Samarth.

Then MBA got over and I had my dream job but you know karma! I lost my job and was suddenly planning to go for further education. I was still on talking terms with Ritesh but he was just a dream I knew would not be fulfilled. Plus, I was almost certain it was not going to work out with Samarth because I had lost my love for him, basically I knew that I would be this "dhobi ka kutta".

I did it again, said that I was not sure if it would work out if I go abroad to study for the next 5 years. He asked me to reconsider, which I did and I was sorry AGAIN. This time the twist happened, his parents called up and we had a discussion that was about how they were not comfortable with me going abroad. My father, since he knew how much I valued my career said that he will not stop me and on this note, our relationship finally ended.

The thing is, I want you people to answer for me. I feel guilty but how much of it was my fault? Can you please quantify it for me? Can you please tell me if I am the only reason behind this failure? Can you please tell me what kind of a person I am — mean or idiotic? Please give me an honest answer. You may not realise but your opinion would make a decisive impact on my life. Please be truthful in your response for I need your help.