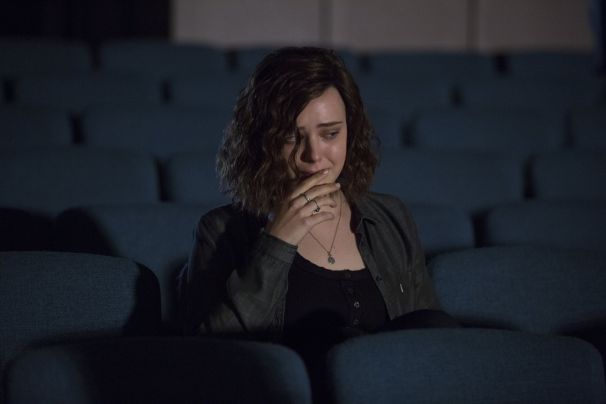 I’m Naira: a carefree, uncomplicated and independent girl. I’ve got opinions and I’m not afraid to voice them. I’m the girl who every guy wanted to be with and every girl wanted to be- of course, I found out the latter only after it was too late.

I’m 13-years-old, I feel like it’s necessary to mention my age, especially to really understand why my story is so important. Like all girls growing up, my four best friends and I were inseparable. Sanjeeda, Divya, Ishrat and Samya, we were each other’s families. Everything in our lives went on as it should, until Abhay came along.

Sanjeeda and Abhay used to play badminton together and were also in the same tuition class. Playfully, Sanjeeda sent him a friend request through my account. At the time, I liked Karnav, he was a year junior but eventually I realized that it was nothing more than a silly crush and he was extremely immature and disrespectful. Sanjeeda thought she could play cupid, except when Abhay accepted my request and she found out that he liked me.

All this while, she’d encouraged me to talk to him, and yet, when she found out that he liked me, my innocent crush on him turned into a fight with Sanjeeda. She accused me of stealing him from her, of ruining something that they shared.

Surprised, I tried to convince her that ours was nothing more than pure infatuation. We only waved hi from afar, we never even held hands. To my face, she seemed to understand, but little did I know, a lot was happening behind my back. A lot that shouldn’t have been happening to a 13-year-old.

“Do you know she’s desperately trying to lose weight to impress the boys?”

Whispers began following me around wherever I went, but I had my best friends, or so I thought, and Abhay. Instead of trying to find the source of these rumors and vicious comments, I let them pass me by. I often wondered how they began, I never wore provocative clothes, I didn’t flirt or date anyone and yet here I was, objectified and hurt.

I let the words burn into me like the Scarlet Letter but still didn’t speak about it. I always thought these rumors would subside; that people would stop listening and those that cared, knew me and wouldn’t believe a word of this.

It’s amazing how wrong I was. Three weeks later, Abhay went for a district match.

I texted him, to wish him luck and was shocked at his replies. He hurled abuses and insults at me.

Instinctively, I was enraged, but I thought it best to talk to him when he was back. A face to face confrontation would be the best way to handle this. Again, wise words from my best friend, Sanjeeda.

Two days later, he was back in town and Sanjeeda managed to convince him to meet me. And so we did. So Thursday evening, I went over to the court to meet him. It was unusually crowded. I waited a while for him and just when I thought he wasn’t going to show up, he did. And so did his anger.

Before I could demand an explanation out of him, he started yelling, “You wanted one reason for why I wasn’t talking to you? I’ll give you 10!”

These were his exact words:

Reason 3: Do you have no character or morals? First you’re in love with Karnav and then you decide to play with my feelings- don’t get me started on all the other names on your list!"

I stopped listening after this.

There was a crowd around us and what hit me really, really hard, was when I saw Sanjeeda. Laughing. “Good. He gave that s*** what she deserved.”

Her words followed me as I ran all the way home, tears burning my eyes, but nothing compared to the pain and the humiliation inside me. Divya and Ishrat came running behind me, both shocked at what they had just witnessed.

It didn’t take us long to find out what had happened.

Karnav, the junior I thought I had a crush on and Shardik, a stalker, had decided to humiliate me because I had rejected their advances, multiple times.

They had been planning this whole deal with Sanjeeda. Which is how they had found out about Abhay and I. Together, the two boys instigated Abhay against me and told him that I was only playing with his feelings and wouldn’t hesitate to leave him when I found the “next guy”. And he believed them.

Just as I believed Sanjeeda when she encouraged me to follow my heart with Abhay and meet him at the court to confront him.

Abhay soon found out the truth about everything. He rushed over to apologize. I didn’t want to stretch this any further and told him I forgave him. Although, a part of me will never be able to.

To make things worse, Sanjeeda told her father that I was of ‘loose character’ and he in turn went on to tell mine that I was a horrible influence on his 14-year-old. Slowly, from a carefree, uncomplicated and independent girl, I’ve become careful, of my words and actions. I’ve become exactly what society wanted me to be, a quiet girl who keeps her head down and her opinions to herself.

What’s absolutely painful here, is that I was just 13 when this happened. I got slut-shamed by my best friend, by guys who I said no to and by people around me who couldn’t bother to ask me for my side of the story. It’s so scary that this happens to women all the time, everywhere. We’re all called sluts at one point of time in our lives, and what’s worse, we’ve all called someone a slut too. It makes me wonder, how can we change the status of women in our society, when we ourselves can’t learn to respect each other?

Share this story because if you want change in the way the society looks at you, you'll first have to look within.

LIFE IN THE TIMES OF CORONA
LET'S FACE IT
YOURS GEEKLY
Your Stories
YOUR STORY
BAKKAR. CHAI. SUTTA