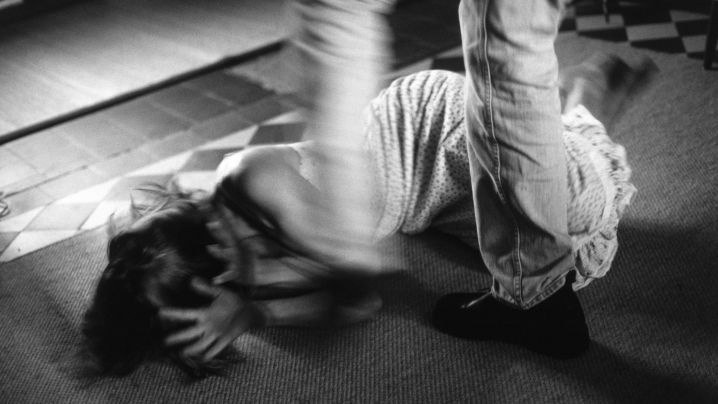 I will never want my husband to be like my father.

If you ask who is a girl’s first love, the answer will be “Father”. A girl always wants to be daddy’s girl, for her, he is the real hero, the real man (like Superman).

Every girl dreams of having a future husband like her father. She admires her father as much as she sees the reflection of her future partner in him. She will look up to a man who matches her father’s qualities. But I being a daughter of one particular type of father dares to say that, ”I am not a daddy’s girl. Neither I admire him nor want my future partner to be like him.”

Since childhood, till the time I attained maturity, yes, my father was also Superman for me. He was so real back then.

When you are young, you don’t know the difference between right and wrong but once you do, you fight for it, you raise your voice against something wrong.

Exactly the same thing happened with me. Being a child, I loved my father more than anything. He was so dear to me that I overlooked his behavior towards my mother. My mother, a beautiful woman with a great big heart, got married at young age and chose to be a housewife. She never spoke a word against my father, no matter how harsh my father could be to her through words.

Yes, we understand couples have fights. But fights are limited to verbal ones. When it turns out to be physical ones, it’s miserable!

My father beat my mother since the day they got married. I still wonder why my mother stayed silent about it. But being trapped in the stupid Indian arranged marriage, I don't think she had a choice.

Time went on, I grew up. I could not see my mother suffering physical threats. But being still young at the age of 13, how was I supposed to act against it? My hatred for my father reached the next level soon.

Unfortunately, that day came in our life which changed everything for each of us. The day when my father became a monster to me. The day I still regret because I wish I had been strong enough.

It was Thursday evening, my mother was working in the kitchen and I was doing my homework. My father asked for some files to my mother and she couldn’t find it. He banged her head to the wall and there was blood coming out of her head. He got scared and took her to the hospital. I was scared. I was crying, not leaving my mother’s hand. I didn’t want to go to my father. I was scared of getting beaten by him and that's the only reason why I didn’t tell him anything, though I knew he was wrong.

Meanwhile, I was praying for my mother. The doctor came and said, ”She has less time. Due to the internal injury, she has got a blood clot in the internal part of the head. We can’t help.”

My heart broke. Remembering that day still brings goosebumps to me. It was the last day I saw my mother. I lost my mother because of that man. The man who killed his wife. Her death undoubtedly changed him as a man. But why to change, for whom to change after losing the person?

Despite his changing behaviour, I hated him. I hate him and I will always hate him. He can never bring back my mother through his changed behaviour. He can just not get away so easily. It’s because of him I lack motherly love today.

I miss you Mumma. I just wish I could go back to the time and stay courageous for you and stop my father from doing what he did to you. Things would have been different today. I regret it.

After mom’s death, I found so many things about my father which led me to hate him more. He had an extramarital affair and we were unaware of it for all these years. He never respected my mother. He never gave her the happiness she deserved. And yes, this is exactly why I don’t want my future husband to be like my father.

I can not forgive my father, not yesterday, not today, not tomorrow! Being a father, he wants the best for me. He will never want his daughter to be treated the way he treated his wife. He will be her protector.

But why do men often forget that the girl they have married is also a daughter to someone else? Give her respect, love and care, instead of pain, insult and harassment.

Share this story to unearth the other criminals who are hiding in homes and "changing" after it's too late.