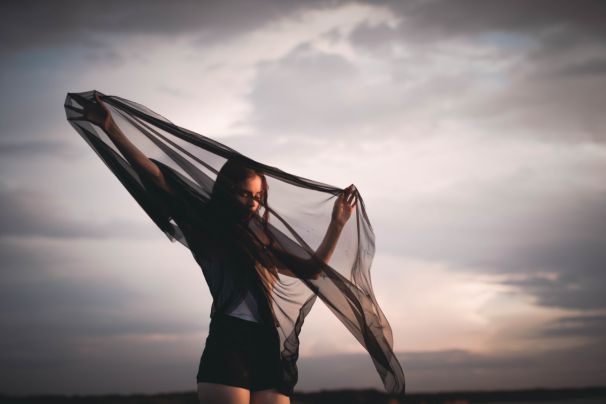 Though our generation has started taking relationships a bit casually, I am certainly not that kind of a person. I recently had a breakup, and I have no idea how to recover from the damage that it has caused. It has been 7 days, and I still find myself crying whenever I have nobody around me. My relationship started last year towards the end of October. We had been friends for a year, when he proposed.

It was obviously unexpected at first, but I really liked him and couldn't say no to him. I was, or rather am, a very timid person. My family would definitely have not been happy to hear about this, so I hesitated a lot initially to put any efforts in the relationship.

But gradually, I fell deeply in love with this simple, tall, dark and handsome (atleast, in my eyes) guy, who was the absolute opposite of me. Yet, I was unable to do everything I wanted to do for him, due to family restrictions. I tried my best to keep aside my fears, and give him time. I had changed my dreams for him. All I wanted, was to be with him. We even started working on our careers so that we could have a better future. All I wanted from him, was to love me forever and hold onto this relationship forever.

There were flaws in our relationship, but I really hoped that they would dissipate as we matured. I was definitely not of the opinion that B.tech 3rd year students should be falling in love, but it happened to me and I was very happy.

I had fallen so much in love with this boy, that I could give up anything for him. And I did a few things. The biggest problem with us was that we would fight a lot and I was unable to give him the amount of time that he wanted. He did not like my friends and neither did they like him.

I was always torn between them, and I always ended up with my friends.

It would hurt him a lot, so I tried to hang out with him more and then I lost my friends. I was okay with it since he was the most important person to me and I could spend all my time with him. I loved him.

I somehow became dependent on him, for happiness. And then we had another fight. Dussehra holidays were starting and we were supposed to go home. We decided to go to the station together, but at the end moment, one of my friends asked me if she could come with us. She couldn't go alone as her parents didn't allow, and she had no one else who could help, so I said yes. And for this, my love abandoned me. I understand that he was hurt, but I was simply trying to help someone. I knew he would be angry, but I didn't imagine it to be so bad. He broke up with me and from what he said, I assume he hates me now. My problem is that after all that happened, I still don’t hate him, but I only have love for him.

It is probably something about us girls, that we feel a bit too much for someone. We easily give our all to the relationship.

It is not easy for me to move on, especially while being in the same place where our love had started and blossomed. Everything reminds me of him and I am always crying. I hope he is doing well and I wish him a successful career ahead. As for me, I just wish I stop thinking about him like a teenager and move on.

Share this story because often times, we see women giving their all to the relationship without realizing that it is okay to set limits.