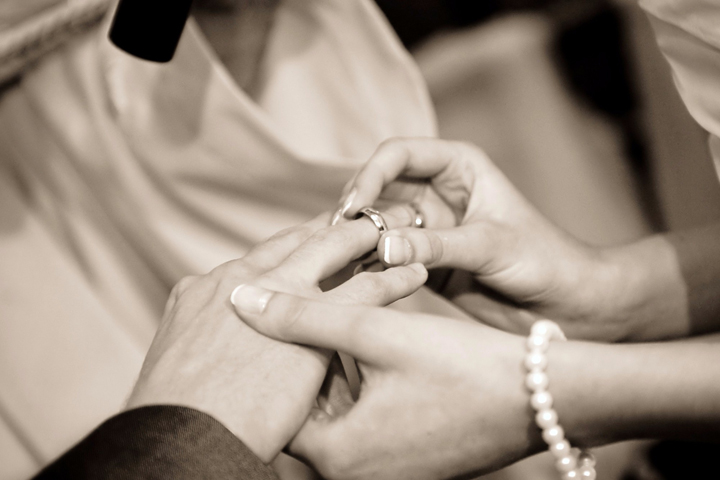 From the very first day that we met, I fell for him, mainly for his character and his eyes. When I got to know him better, I thought he was a gentleman - a man who would treat his lady like a queen, which he did initially. When we started talking and meeting more often, he confessed to me that he loved me and wanted to get engaged to me. I happily agreed.

I still remember the moment, it was in my old apartment’s balcony where he said he wanted a deeper commitment from me. That’s when I should have stepped back and said a big no!

I had been in love before but this feeling with him, oh my god, it was beyond comparison. He had tricks up his sleeve that could make any girl go gaga over him. Then there also came a day when he abused me with the lowest of words in front of people at work. Why? Because I was avoiding him. Why was I avoiding him? Because he had a very nasty habit of putting me down in front of people. He would insult my character and my looks.

I realized that day, that he did not know how to respect women.

His parents had never taught him how to respectfully speak to others, be it men or women. But then, without any reason I took him back thinking that he would change. Everyone around me warned me that this time if I forgave him for all those words he used, he would take me for granted but I ignored them all and fought for him with all my well-wishers because according to me, if we forgive a loved one, they realize their mistake and change. Little did I know then that he wasn’t just like anybody. He belonged to a very different species of humans – the stone hearted, arrogant, egoistic and highly narcissistic man that he was, someone who does not care about how the other person feels. He is a man who was only capable of thinking about himself; a man who could never share his life with anyone else.

But I never repented being with him until I married him.

Everyone who knew us warned me that he will never change. But I ignored everyone because my focus was only him! For me, he was my entire world. No one could change my mind. In spite of all the fights and arguments we had, I still wanted him. Well yes, I was stupid. When we got married, the first few weeks were fine, although his usual taunts and insults were still there. But as time passed he became worse. He would constantly pass comments on my family (especially on my father). There were promises made by my in-laws during the wedding that I would be treated like their daughter but even an outsider was treated better than me in their house.

Fifth week into my marriage, they started taunting me on my looks, my hair, my skin and my body. Apparently I wasn’t ‘fair enough’, my skin was not ‘clean’, I had too many ‘marks’ on my face. Also, my body was shaped like the ‘map of India’ and if I were to eat more it would turn into the ‘map of Africa’.

Well I do have a a wheat-ish complexion, and I have been blessed with hip length super silky hair and I just have a few moles on my face. I am not fat, but being blessed with my mother’s genes I am curvy, with an hourglass figure. I shouldn’t have to apologize for the way I look!

There were days when he would shout at me because I would have dropped a comb or something when I was getting ready for work while he was asleep. With the fear not to start a fight, I would tip toe around the room to get ready every morning while he was sleeping in all his glory. For any girl, a comment on her looks or her body can scar her self-confidence for life.

I would constantly be taunted for my skin and my body and my mother-in-law would make various kinds of face masks and experiment it on my skin. Every taunt by that family just kept affecting my self-confidence.

A son is a mother’s world, but I doubt whether every mother is blinded by the son so much that she would yell out to the world that her son can never be wrong! Every fight, every argument, every scene, every mistake – I was to be blamed for. According to my mother-in-law - in a marriage, the woman is always at fault. When he is angry he has the choice to walk out and go wherever he wants, to divert his mind away from the fight. But when the wife is angry, she should shut her mouth, suppress her anger, sit at home and patiently wait for the husband to come back.

"Girls should keep quiet and not react." Right, Mother in law? Those were your exact words. I would call my parents or sister and vent out all the frustration running inside me.

I fought for that guy, I went against the world thinking he would fight for me too. But according to his family, marriage is about the girl bending and the guy ruling. And he practiced exactly what his mother taught him.

Surprisingly, the rules set by them didn’t apply to their household. Whatever his mother commanded, they blindly followed. Nothing in that house was done against her. Was she any different of a lady? I don’t think so. Why were there exceptions for her, then?

Even after being neglected after a fight and him asking me to pack my stuff and leave the house, I still asked his mother if this was the end. All she had to say was, "I don’t know". She claimed that he was never wrong and it was only me who was always at fault, and went on ranting about her usual rules that a married girl should follow. Mother-in-law? Where did your promise of treating me like a daughter go? She has a daughter too who is married. When their daughter calls home to talk to her parents, they ask her to "stop being a nuisance" and call maybe once in a while because they have other stuff to do.

My Father could not see his daughter facing such mental torture anymore. He told me it wasn’t worth the fight. But once again I said "No, I will try and change him". I looked at him once and thought it would be fair to give him one last chance - one last chance to test my love.

I tried my best till the end to make it work. But sadly, a marriage doesn’t work with just one person compromising all the time.

I decided to leave. I begged him for support and respect, but what did he have to say? "You don’t have a choice. Come live in my house and be the way my parents and I want you to be, or else get the hell out of my house." And that’s exactly what I did, I picked up my self-respect and got the hell out of that house.

I had become a classic case of a depressed person - a happy bubbly girl once upon a time was shattered completely inside. Few years back, you would have never recognized me, I was a bold, bitchy and strong girl. Today, I am a weak and insecure girl. And I blame him for this, I blame my husband. He insulted me, put me down in front of people, broke my confidence, and made me believe that I’m just a fat ugly girl and nothing else. I would change thousands of outfits because he said I was fat. I starved myself, I lost sleep and most of all I lost my essence.

Depression is painful - you reach a point where you’re so numb that you wouldn’t know how to react to anything anymore.

Yes, we fell in ‘love’ and got married, and even though I knew him for 3 years prior to our marriage, unfortunately people just change according to their own convenience.

Today I feel stronger. I feel more confident and beautiful. Why? Because I’ve reached a point where anything you say will not affect me anymore. I’ve shielded myself with beauty and confidence. Nothing you say would ever make me feel differently about myself. I’ve reached a point where I think about myself first. Now, I laugh like never before, I dress the way I want to, I eat anything and everything I feel like. I will never go back to him or his family. I’m just 24 years old and I’m sure life has something great in store for me. This one is for every girl who has ever been slammed down by her boyfriend, husband, in-laws or society – always place yourself above everyone else.

We tend to think we're invincible, especially when we're young and don't often live to the fullest because we don't think of the bigger picture. We let ourselves get caught up in such trivial things that only seem silly when we look back in retrospect.

For every girl, her parents are the most important. In my case, I am unable to find the words to describe what my parents are to me. The support, the strength and confidence that they gave me is beyond words. What I am today is only because of my father and my mother. Every guy should know that for a father, his daughter is his prized possession and if any guy hurts her, then he will ensure he makes him face hell.

Till my last breath, my father, mother and sister are the only people I will love, respect and live for. Without them, I am nothing.