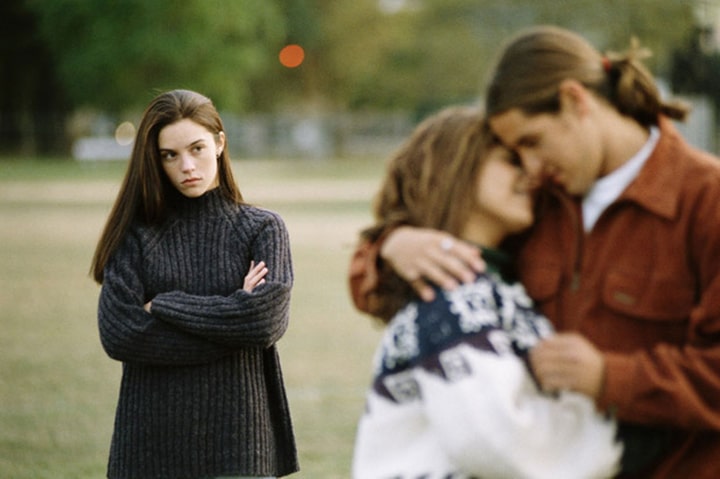 Previously when I wrote my story here, at the end it was going towards a happy ending so I never thought that one day I would have to complete this story with a broken heart. Part one of this story is all about a guy named Pushpahas whom I love to call Pushpa and we started liking each other and were getting to know each other.

On that day when the story was published, I was extremely happy and was going to my home and the same day and he was packing his bag because next day he had to go to Udaipur for team outing. We were chatting on messenger and he was continuously showing me how much he was missing me. I am a girl who believes in love and long-term relationships. I accept that I also started looking at myself as his life partner. And while chatting, he would tell me about his whole day, how he had a workload and he was missing me badly. He promised me to meet when I returned from home. I can't express how happy I was and I asked him if there was anything that he needed from my hometown.

His reply was magical, he replied he wants me only and wants me to come back soon to him.

Then I spent 4 days at my home where we used to chat continuously and he sent me pics from his trip. I was extremely happy and was eagerly waiting to meet him again. I returned from home and due to the long journey, I got a fever. I was expecting a message from him but there was nothing. I knew that being a team lead he has workload so I just left a message for him that I came back to the city. He had weekly offs on Saturdays and Sundays and as we both are in the same office I was waiting for the weekend because we had different shifts so it was not even possible to meet each other in the office on weekdays. Till Friday he hardly replied to me on message as said he was busy and stuck in office work. Finally, on Saturday, from the morning I was waiting for his call or message but it was 9 pm on Saturday night and I hadn't got any call or message. Then I called three times and it went unanswered.

I left with messages telling him that I am waiting for him.

He called me at around 11 pm on Saturday night and sounded irritated. He told me he has lots of office work so it was not possible for him to give me enough time and he has some personal problems too. When I convinced him a lot to tell me what was going on, then he told me that from last week he had started liking someone else and he was confused between her and me. Then he told me that I will always be his best friend. That was the moment I wanted to end my life because he was the person who was never my friend, he was my special one and he approached me himself, and all these things have broken me completely now. I don't know whether I will move forward in my life or not but I will not forgive him for playing with my emotions.

Pushpa, one day when you read this story, I will not be around you.

Share this story to help the author overcome her heartbreak.