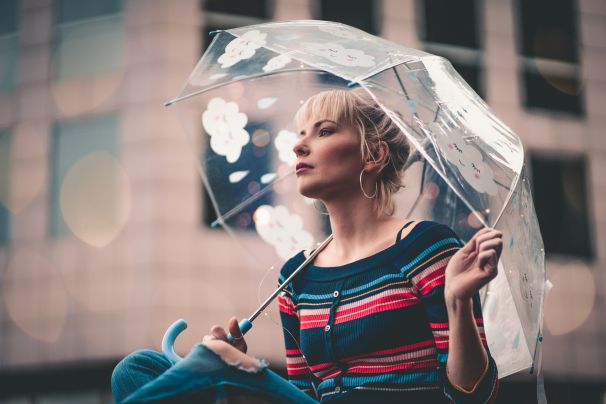 So after completing my engineering, I got placed in a company. The very first day when I entered my office with my batch, walking in through the door and punching in like a real employee was mesmerizing. After entering the office, one of the superiors showed me around and introduced me to this guy who was going to brief me about my team and all.

At first glance, I found the guy a bit weird because he was wearing a torn jeans with a loose T-shirt that said 'You Can't See Me!'. As a self-respecting '90s kid, I recognized a John Cena fan but I still didn't understand why he was wearing chappals in the office. It seemed quite unprofessional. He introduced himself and said, "Hi I'm Advik," and I loved how unique his name was. He briefed me about my work and introduced me to all the people in my team. I found him a bit rude at that moment. Slowly, I got busy with my work.

After some days, there was an office party, and everyone was getting drunk (myself included). I saw Advik dressed to the nines and my God, I finally saw how good looking he could be. He made an old-fashioned whiskey cocktail like a pro, added a twist of orange to it. I walked up to him and ask him "Are you making a cocktail?" and he sarcastically replied, "Yes, and I'm the barman too."

I was irritated, while he made his way to the smoking area. I wanted to take his case for the sarcastic comment but he was coolly smoking a cigar. A couple of drinks later, I gave him a piece of my mind. But he didn't give me any attention and went back to his cigar and drink. When I was venting to my colleagues, they said, "He's like this only. He comes to an office party only to talk to the boss about something and then minds his own business."

After the party, I was waiting for the cab downstairs and so was he. It was quite late, and I was quite drunk. He asked me where I stay and I asked him to f-off. He asked me again- this time gently and calmly, and I gave him my address. It turned out that he also lived near my place, so he dropped me home. But the cheeky fellow unlocked my phone with my fingerprint, called my flatmate, took me upstairs, put me to bed and took off my shoes. When I woke up the next morning, my flatmate told me each detail so I wouldn't accidentally smudge it from memory. I texted him to say thank you. After that, I would text him a few times and wait for his one-word replies. I would find ways to be around him in the office also. I kinda liked him.

One day during lunchtime, I sat next to him and was discussing something with him, and I asked him, "Do you have a girlfriend?" And this idiot replied, "None of your business!"

Sometimes with his replies, I simply want to slap him. After a lot of pestering, he finally said, "I'm not available right now". I was like, 'God! I want this guy right now! But why is he taken?'

But when I asked about his girlfriend, he said he didn't have one. He was single, but wasn't available, especially for pretty girls because they always cause trouble. Now I wanted to be there for him even more. But then, he kept his distance. It was frustrating.

A couple of months later, during New Year's celebrations, he started drinking a lot and didn't reply to my texts. And because of his excessive drinking, he put on a lot of weight. His handsome face began losing its lustre and he was becoming obese. I tried talking to him and really tried to make him quit alcohol. He never listened, and I also gave up.

My birthday was around the corner and he came up to me and asked me if I would be his girlfriend. I flat-out replied "No." I told him that I had no interest in being with someone who was not only unhealthy but really looked the part. I think he took it to heart because a couple of months later, he got fitter again. He had his handsome face back and was as lean as ever.

I was relieved that he had some sense left in him. So, to make amends, I invited him to my flatmate's birthday party. I made sure he got the drinks he liked and finally asked him, "Will you be my boyfriend?"