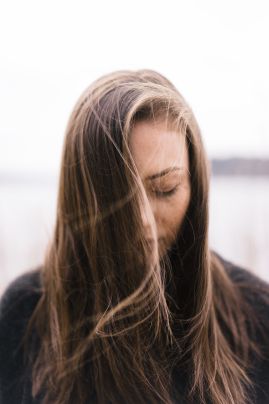 I don't know from where to start. I have thought of writing it so many times but I always gave up on the idea. But now I think this is the right time to write.

I am a very sensitive girl who has always cared for others.

Two years ago, I met a guy through my best friend. He was the friend of my best friend’s boyfriend who was like a brother to her. Let's call my love P. P had helped my bestie in the difficult times of her relationship. He had done a lot for her and perhaps, that's why I was so impressed by him. I always liked sensitive boys and he seemed very sensitive to me.

He approached my bestie to convince me for a relationship because he liked the way I was.

Anyhow, my friend convinced me for a relationship. I also liked him a lot but before going into a relationship, the only thing I was confused about was our caste. Because I was from Sikh family and he was a Brahmin. But as everyone knows when we love somebody, then other differences do not matter. So we also didn't care.

As I was an emotional girl, I got attached to him very quickly.

He told me that he would marry me if both of our families would agree. I accepted that thing. With time our relationship got stronger. He loved me a lot, so did I. We were made for each other. We talked for hours, exchanged gifts like other couples. He was always there for me in time of need. He was my strength as well as my weakness. Then almost, after one year and five months had passed, the difficult part came. He told me not to talk about him with my family until he convinced his family first.

My family wanted to send me abroad as my brother and sister were settled abroad.

I had also cleared the exam but his family wanted him to stay in his hometown only because his parents were aged and he was the youngest child and only son after three sisters. My family started searching groom for me and wanted me to send abroad after marriage. Our world got crashed, he asked me to marry my parents’ choice but I didn't want to marry anyone else so I convinced him to talk to his parents.

His parents already knew about me but I had never met them. But I had always cared for them like my own parents.

When it came to marriage, his parents created drama that they could not marry their son in another caste. But somehow, he convinced his parents. Meanwhile, my parents also got to know about him. They also created the worst drama in front of me. I suffered lots of humiliations. But after some time, they agreed to send me abroad without marrying me but would not allow me to marry P.

He called my mother but she didn't agree and my father stopped talking to me.

Then I talked with a few of my cousins and they helped me. We both fought for each other. But as my family was not convinced yet, so P's parents decided that they would not let him marry me at any cost. He loved his father a lot. His father's health started getting deteriorated and he started pressurizing him to marry the girl of his choice.

His family started blaming him that he was the reason for his father's illness.

On the other side, I was fighting with my family for him. Then I got a hope when my bua (father's sister) told me that she would help me. She even talked to P and told him that she would help us but asked him to wait till Jan 2019 so that I could go abroad and after one semester, I could return and marry him. But his father's illness was the reason of concern. Even when my bua had given the green signal for our marriage, his family was determined not to agree to our marriage. They thought of me as the reason for his father's illness. Even my bua's husband wanted to talk to him because he could help us but he didn't talk to him saying that now his father was ill. But I wanted to marry him at any cost.

It was in August when my family started showing positive signs but in September after getting into the pressure from his family and due to his father's illness, he said yes for the girl of his parent’s choice without giving me an ultimatum.

I was so much involved in convincing my family that I didn't notice that he had started moving on.

Now he was marrying someone else. Before his engagement, even my sister and her husband talked to him that they would convince his parents and were ready for our marriage but he told them that now everything got fixed and nothing could happen. My sister had even gone to his place but he didn't meet them. I don't know how he could move on so easily. He was the same person who could not survive without me so far and now he was not even talking to me. I had always been there for him and now when I had convinced my family, his family started showing a negative side that they could not allow our marriage.

After giving approval once, how can one not honour their words? He knows how much I love him and his family also know the truth that their son is not ready. He is getting married to another girl for their sake. But now he is a completely changed man.

I lost all my life for him and I can't accept the reality that he is marrying someone else.

I don't know why I am still hoping for some miracle to happen. All I want is to stay with him. The fear of losing him makes me feel like dying inside. I don't know what to do. Please pray for me, I am still waiting for him.

Share this story because there are times when things take their own course and we have no control over it.