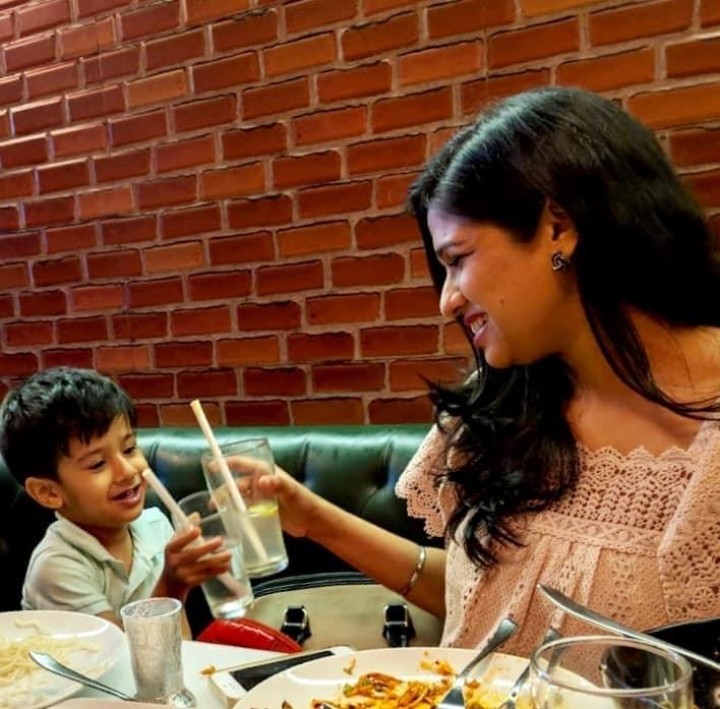 In 2015, I had an arranged marriage. The marriage was abusive in every sense.

I was body shamed for not receiving the "gifts" he desired. As a result, I lost confidence and began to believe it was all my fault, so I started doing things according to his preferences. I became pregnant within three months, but my parents advised me to abort the kid because he was a bad husband, and the child would suffer. But when I confronted him, he swore on the baby and promised to change. I, too, chose to give myself another chance because, as the saying goes, "baby binds the couple," and I also didn't want to abort a part of myself; it was too cruel for me. I thought that things would eventually improve and that he would be a responsible father.

We had fought during the pregnancy, and one of them ended with him slapping and kicking me before crying and apologising.

I believed things would change once the baby arrived. My beautiful baby arrived a few months later, but the situation remained unchanged. Nothing, I understood, could change him. We were arguing again, each time about minor issues such as not correctly putting the bedsheet on the bed, and if I retaliated, he would punch, slap, or kick me in front of my child. My body bore the scars of abuse. He showed no interest in me or my child. I had been nurturing the newborn on my own since the start. Despite this, I was taunted.

But as my baby grew older, something in me began to change. I had the sense that my son loved me and that I didn't deserve to be treated this way.

The final straw broke in January of 2018. He punched me during an argument, and my one-year-and-three-month-old kid fell on the bed.

That's when I decided to leave him. I knew it wouldn't be easy, but I also knew it wouldn't be any more difficult. My parents embraced me with open arms and have always been supportive of me. I began applying for freelancing social media jobs and worked late hours while nursing my baby. I gradually began to receive more work, and I am now establishing my little agency, Rising Sun Media

Yes, life isn't perfect, but I'm content because I'm more confident, and as a mother, I've realised that being a woman empowers me and that I can overcome any obstacle.

I'm still juggling spending time with my child, meetings, and his school, among other things, but I'm content with what I've been given. My sole wish is to be able to travel with my son and explore different places. This experience taught me to love myself more; it taught me that you don't have to be with someone who treats you terribly; you'll be happier being alone and living your life your way.

My son was my only source of strength the entire time since I had to survive for him; for about a month, I wondered how everything would work out, but then I realised that worrying about it would make it worse. I had stopped working after my pregnancy and had to rebuild myself, but I had always been a determined child, which helped me overcome my obstacles, and of course, my parents are my backbone.

My 5-year-old son is too young to comprehend the meaning of domestic abuse, but I have taught him through stories what it means to be a single mother and what is and is not ethically acceptable.

I understand why women remain in abusive marriages because they are concerned about the future, society, children, and family, but believe me when I say you do not deserve this torture. You don't deserve to be poorly respected in every way. To achieve that kind of confidence, you must be financially self-sufficient; therefore, start loving and strengthening yourself.

And to all the parents out there, please support your daughters and stop worrying about what society will think since marriage isn't the end of life.

And, as I have stated, life isn't ideal. I still have difficult days, but what keeps me going is my desire to enjoy life to the fullest since I believe we only have one chance at life, so why not make the most of it?