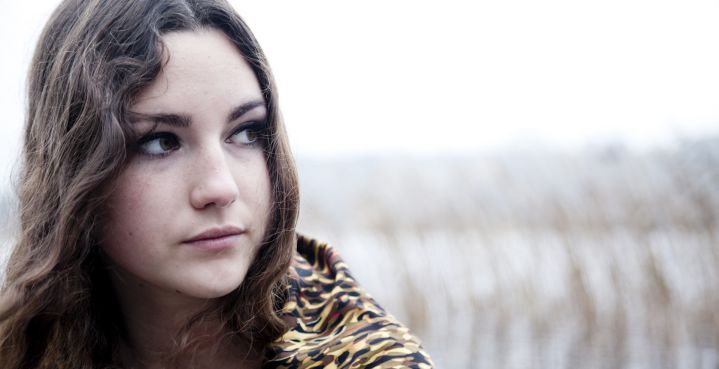 I was very young when I met him for the first time. Though we stayed in the same locality, we were strangers to each other. I’d see him on my way to college every morning.

He would also look at me and smile.

Soon, we started talking and before we knew it, we were in love. After a few months, he moved to another city. We couldn’t talk regularly because I didn’t have a mobile nor could I ask him to call me on the landline.

Gradually, we lost touch with each other. Almost eight months later, I called him from a public telephone.

I was missing him terribly and was sure that he also felt the same way.

He was in his native place when I called him. After we spoke, he decided to move back to Mumbai. I was very happy with his decision. We started dating again.

I trusted him a lot and dreamed of a future with him.

We belonged to different castes but I was sure that I'd be able to convince my family. We’d been dating for two years when tragedy struck. We had a terrible fight, as his mother felt that I wasn't suitable for him.

Though I was more educated than him, she felt that I was not worth her son.

We were fighting over this and I couldn't take it anymore. I decided to go home. I was on my way when I met with a terrible accident. I was in a coma for almost two months. I’d broken my spine and the right side of my body had been paralyzed.

When I finally gained consciousness, I was in the ICU.

My family was by my side. All my friends came to visit me in the hospital except him. He did not meet me even once. It took me almost three months to get discharged. When I returned home, my brother gifted me a mobile.

The first thing I did was contact him. And that is when he revealed a shocking truth. He was present at the location when I met with the accident. But he saw the police and ran away because he was scared!

I was extremely hurt by his revelation.

What kind of a person runs away when someone close to him is hurt!

Nevertheless, I decided to forgive him. Though we started talking, he never offered any emotional support during my recovery. Within a few days, he showed his true colors. He started insulting me over random things.

He abused my family because we belonged to a different cast.

I realized that he had no respect for anyone. He would find new ways to torture me. He forced me to break all ties with my friends and stopped me from talking to other boys.

He looked for opportunities to question my character!

He did not care about my recovery. He was the worst guy I’d seen in my life.

I realized that I couldn’t be with such a person.

I ended all communication with him. My family also supported me, as they were aware of his actions. They knew that I deserved better.

When he got to know through others that I was recovering fast and I’d resumed my regular activities, he tried various ways to contact me. One day, he landed at my house and requested that I speak to him.

When I agreed to hear him out, he started saying emotional things to manipulate me.

He wanted us to get back together but I refused. I didn’t want to see his face anymore. He couldn't take the rejection and started abusing my family and me. That day, I decided that I wouldn't tolerate his behavior quietly.

I gave him a tight slap and walked away.

It felt so good! I was relieved to get rid of a toxic person like him. Today, I’m truly happy. I am living a peaceful and successful life. On the other hand, he is still struggling to earn a living. His mother has also disowned him and he is left to fend for himself.

This is karma and no one can escape it!

Share this story because any relationship that becomes toxic must be ended.