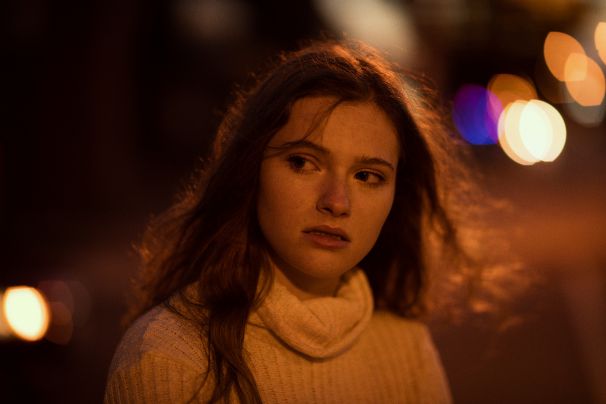 We never get over our first love. Do we? I am still trying to find an answer, like many others. My story began back in the era of 2002-2008. The sweet days of Hum Tum and Ishq Vishq. As you can tell, I was a girl who totally believed in the Bollywood kind of romance. I got admission in an engineering college and that's where I met the love of my life. We were classmates, but not friends yet. I started noticing him around me, wherever I went in college. My friends started recognizing hints and were saying that he was interested in me. I kind of shrugged it off until one fine day when he proposed to me. I wasn't sure, but I think his sweet glances, bloomed the flower of love in my heart as well, and I said yes. Soon after that, we realized it's too soon to get into a relationship and we broke it off. We never even went on a date. We did not speak to each other again for one full year but I missed him every single day.

I don't know why but I had the pain of a heartbreak. May be he felt the same, so he proposed to me again on Valentine’s day the next year and this time we couldn't keep our eyes off each other.

We went out on our first date to watch a movie, and he kissed me. It was our first kiss and it was magical. Our relationship began in full swing after that. We got closer emotionally and physically but we never crossed our limits, in our 6-year long relationship. We were committed but we wanted to save something special for our wedding night, yes you may call us old-fashioned. But as all good things come to an end, our relationship did as well. The reason? Well, there were many. We started having lots of arguments because of his family, as we belonged to different castes and they had an orthodox thinking.

His younger sister started putting some stupid allegations on me, that I was trying to pull him apart from his family and what not.

He asked me to apologize for no fault of mine. That's when I started realizing that he wasn't strong enough to take a stand for me. In the midst of all this, somehow his mom called my mom to discuss our marriage, out of the blue. I was happy and confused about my future then. I asked him to give me some time to sort out my thoughts. In the meanwhile, another guy at my workplace (my husband now) started showing interest in me. He knew that I was in a committed relationship but I was going through a rough patch. Our conversations were just like that of friends back then, but my boyfriend got a misunderstanding that I was dating him. Some stupid guy, who was also at my workplace called him and told him this. But why would he do that? Just because I said no to his proposal. My boyfriend was broken, confused and started questioning my character. It hurt me a lot, that he couldn't trust me, even though I had been loyal to him all these years.

We thought of breaking up as things became nasty between us. We kind of had our last date, but we were still hoping to patch up some day.

We still talked over the phone, but less frequently. One fine day, we were supposed to meet at my company's event. I had high hopes, that as soon as we would meet, we will be back together again. But he didn't show up. I tried to call him, but his phone was off. I have a strong sixth sense and that told me he is about to get married and it's over. My husband was all ears that day and supported me through the turmoil I was going through.

Next morning, to my horror, my worst fear came true. I found out that his marriage was fixed. I was stunned and shocked.

And who told me this news? My mom. I could have never imagined getting to know about this from my mom. Apparently, he called my mom to apologize and tell her that he still loves me but doesn't have the guts to break this news to me. He couldn't take a stand for me. They got to know about our misunderstandings and took that as a point to pressurize him and somehow put social pressure too, on him. We met once after that, he told me he would love me forever and he is equally hurt by this decision and then he changed his number, email id, everything so that we would lose contact and those days were terrible. The night when he was supposed to get married was a nightmare for me. I was sad and depressed for a year after that. My husband supported me through all this and proposed me when the time was right. I accepted and we got married.

Fast forward 10 years since then. I am happily/unhappily (I guess that's what marriage is) married with a two year old son.

One fine day, when my husband was travelling for work, my ex-boyfriend called me. I was shocked and didn't know what to say. He apologized and wanted to meet me since he had travelled to US (that's where I moved post marriage) for work and was in a nearby city. At first, I was confused but then I made up my mind and said no. I spoke to him multiple times over those couple of days though. But the more I talked, the more I realized that he was not the same person I loved, anymore. He still says he has feelings for me. But at this point, there's no going back. I am glad he called me, I got a closure. I still love him, but no, not the present him. But what he was 10 years back. I will always cherish those memories but I guess I have moved on. The love is still there in the past, but in the present, it has faded away.

I feel like I am finally set free from that heartbreak.

Share this love story that perhaps too many women go through.