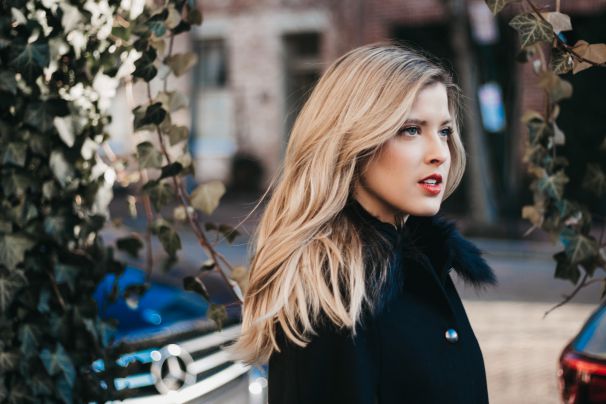 "Into the wild I go,
noises heard are unknown,
It feels, I am home."

These lines pretty much define who I am and what I aspire to become - free. Since childhood, I was an independent girl; people used to say I was way more mature for my age. I grew up with my mother and younger brother in a small town in Assam. My father being a civil servant kept getting transferred from one state to another and was never really home. My parents gave me the best education and upbringing they could afford. However, due to my father's job, my family had to maintain a pretty low profile and remain confined to a strictly monitored periphery. As a result, while growing up I had a lot of classmates but no actual friends. To fill that vacuum, my parents brought me and my brother two dogs and encouraged us to look after our farm. Spending time with farm animals and my dogs are the best memories of my childhood.

In those days Assam was marred with extreme insurgency and bomb blasts, firing and kidnapping was very common. And in one such ambush, I lost my elder brother.

My parents adopted him from Chennai and I used to call him 'Anna'. Losing Anna is one of the biggest setbacks that my family faced. It had left a big scar in my mind too. We all had a very tough time coping with that tragedy. On top of that, even after Anna's demise, I used to overhear my relatives and family friends gossiping about Anna being my father's illicit son in family gatherings and parties. It was way too much for a 16-year-old girl to withstand and imagine what my parents used to go through.

By the time I was in 12th grade, I had made up my mind to leave that place and go somewhere else to carry on with my studies. Well, after losing Anna, my parents way more protective and they didn't allow me or my brother to study outside the state. Till date, our parents ensure we travel under the protection of our private bodyguards. No matter where we are, we have to keep informing them everything. Well, it's no Bollywood movie, and I am not exaggerating, unfortunate people like us do exist.

This story is definitely not about my childhood. Then why did I elaborate about it? I want you all to know where I come from physically, mentally, and spiritually.

I had my first break-up when I was 17. He was my family friend. The entire school, social circuit and our respective families knew about our relationship. He cheated on me and later dumped me in front of a dozen of his friends. The first break-up was bad, tough and it changed my perspective about relationships and love forever. For the next decade and more, I had a few more break-ups. If you ask me the reason, I would say, "commitment phobia". I was scared of getting dumped or cheated on. In the process, I have hurt so many men (I am not proud). I know an apology is never enough for a broken heart to heal. I am guilty as charged. And I don't blame anyone. I always used to say out loud my intentions at the beginning of the relationship itself.

Now, these no strings attached relationships were going fine with me. I had accomplished my career goals, was earning well and my parents were proud of my accomplishments too, but still, according to them, I was incomplete. Can you guess the reason? Yeah, marriage. A 28-year-old lady who had earned a PhD, two master degrees from institutes of high repute and successfully runs her family business is so damn incomplete because she is not married.

For some odd reason, this ex-boyfriend of mine whom I was dating back in 2016 took matters into his hands and spoke to my father and expressed his willingness to marry me. Let's call him GB. On top of that, GB involved his family and steered the marriage preparations. Initially, I was very angry and was thinking of what I did the best - break-up. This time, my father saw this opportunity to make me 'complete', and without my proper consent, gave his words to GB's family. I fought with my father so badly but he was adamant. And eventually I gave in. I love my father more than anything in this world. He is my inspiration

I thought GB loved me. He was brilliant, educated, and most importantly, brought the best out of me.

Fast forward six months, and with only two weeks remaining to our engagement, GB ghosted me. His parents were literally begging my father not to lodge a police complaint. I convinced my parents not to file one and assured that it will be taken care of in my own way. I had to wait for another year to teach him a lesson. And I didn't show any mercy. I will write about it some other day.

That entire episode left me pretty shattered. My family and I had to face lot of embarrassment owing to the cancellation of the engagement. I tried to move on and keep my sanity intact. I kept myself busy with work and frequent travels. Yet, something was still messing with my sanity. I was so enraged and the embarrassment, coupled together always kept me restless. I spent sleepless nights and fought with my best friends, family and eventually, found myself alone. I was left with my dog and one more than loyal friend whom I could turn to.

After struggling with my demons for over a year, I decided to shift to a new city, to start afresh. In the meanwhile, I decided to join a dating app as per the recommendations of that loyal friend. Well, I came across this brilliant, charming doctor. This time, we both were very clear from the beginning itself that there were no strings attached. I was so happy as it came from his end first.

Within few weeks of talking over phone and chatting, I realized, for the first time since my first break-up, that I was in love. I was in love with his life philosophy, I adored how he looked at me, I was head over heels in love with his smile and I was crazy about his intelligence. He was hot. There was so much common between us. I knew he was to marry another girl. So I decided to live every single moment we had like there is no tomorrow.

I had always missed the kind of love story that my parents had, where they used to meet Chup Chup Ke. So with this, he and I decided to do everything we could think of at random. Nothing was planned. Once we walked for miles through the slums in the middle of the night instead of taking a cab. We made passionate love in his car by the riverside. Once, I sneaked him into my place escaping the vigilant eyes of my bodyguards. We used to sing, dance, laugh as if no one's watching. We were simply ourselves with each other, nothing to hide and be insecure about. I had no fear. For a change, I was sane again.

I was wild again.

I was thrilled by the inner callings I hadn't heard in a long time. I was that independent fearless child again. But how can it be so perfect, right? For I was in love with a man who wasn't mine.

Those two years were the best years of my life. I still love him. I love him more with each passing day. Sometimes when my emotions defeat my mind, I leave him a text. He replies immediately. Everytime I have to make a decision either personal or professional, I speak to him in my mind. I ask myself, what would he do in the prevailing situation? Sometimes I wonder if he still waits for my messages, or me. He is the one who made me complete. He is the one with whom my soul entwined for eternity. He is the one who brings me home every single time I am lost.

I cannot let him go. I do not want to get over him.

He nicknamed me 'stubborn baby elephant'. Could he be wrong? The universe always falls in love with a stubborn soul, and mine chooses to remain one.