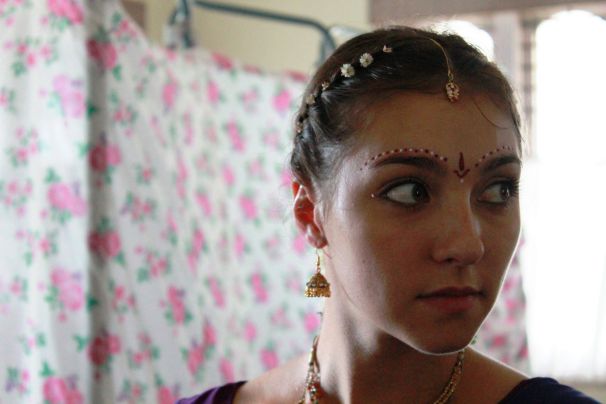 I am a simple yet ambitious girl. I started experiencing all the nuances of life from the young age of 17. My dad faced a huge loss in his business. So my parents were depressed. I had to take on the responsibility of taking care of my lovely parents. But I didn’t lose hope. I found myself a job in a reputed multinational company.

We managed to pull through the ups and downs of life but it took us almost 7 years to start living a normal life.

I fell in love with a guy at this time. He is now my husband. When I first saw him, I just couldn't take my eyes off him. I am a very straightforward person. So I proposed to him. He took a long time to commit to a relationship with me. Initially, he just rejected my proposal. He suggested that we remain friends. But finally, he agreed to my proposal. We spoke to our parents about our relationship and things quickly fell in place.

I felt I was really very lucky to get married to the man of my dreams.

I thought of all the tough times that I had faced in my life so far. I was grateful that I was getting something fruitful in my life now. Suddenly all my struggles seemed worth my while.

But I was wrong.

My mother-in-law started torturing me the day after I got married. She said I wouldn't be able to conceive. She then commented about the wedding. She said that my parents had put up a lifeless wedding ceremony. She then said that my mom would die within 6 months.

I wondered how she could predict so many things like that. What kind of joy did she get by saying such things? I still don’t understand her.

My husband proved to be my pillar of support at this time – so I was able to keep quiet. He knew I was a well-mannered woman who belonged to an extremely decent family.

He said that his mother had tortured her elder daughter-in-law too in the same manner. By God’s grace, I conceived a month after we got married. But she did not stop torturing me with her words. She said, “Girls are not supposed to be born in our family. I want only boys.”

She had two daughters herself. She had five sisters of her own. Yet she wanted only males in her family.

She then predicted that I would get diabetes during my pregnancy. She said that I would definitely have a C-section because I could not bear the pain of childbirth. She did not like the fact that I went out to work. She wanted me to be involved in household chores all through the day.

Basically, she was just looking for a maid for her house.

She would then ask me to share our bedroom matters with her. I flatly refused to do so. I clearly told her not to initiate such topics again. I did not want to encourage such things. I told her that such things were private. But she told me that she had such private talks with her daughter too.

To add to my woes, now my brother-in-law started taking his mother's side. He too never listened to me. He would order me around the house. He wanted me to follow his instructions at all times and behave as he said. They would then warn me against disclosing such things to my husband or my parents. My father-in-law too supported them at such times.

I was pregnant at this time. I just could not bear their torture. My husband often had to go out of town for work. He would leave me at my mom’s place at such times.

I would have surely ended my life if my husband and my parents had not supported me at this time. One day, she started talking about me in a lowly manner with her first daughter-in-law. She then blamed my husband too and spoke about him in a cheap manner.

But my parents and I never questioned them. We all knew that my husband was a gem of a person and that was enough for us. But when my husband was away, I had no one to share my pain with.

When I was in the 9th month of my pregnancy, she told me to get out of the house. She asked me not to step into the house again if I gave birth to a girl baby. I have my own sense of self-respect too. So I have not yet gone back to their house.

Yes, I did give birth to the most beautiful baby girl. She is my world now and it was a normal delivery. All her predictions about me proved to be wrong. I know God is with me.

So far, no one from their family has come to see my daughter. I can sense my mother-in-law’s hand behind this decision. I have started working now. My angelic mom takes care of my baby.

I am happy that my baby is being taken care of by the best woman on earth.

I often pray for small things like this now.   I ask God to take good care of all women and help them create a great future for themselves especially after they get married. I wish no girl ever gets a mother-in-law like mine. I was able to share only 10% of all that I have been through. But I know you will be able to relate to my story. Please take good care of yourselves.

Do share this story because we learn our best life lessons from the bitterest of experiences. Often we are content with our virtues. We know we have our fair share of weaknesses. But we manage to get by with our strengths. So we ignore our flaws. But such experiences force us to change our weaknesses into strengths. The pain is undoubtedly intense but it also transforms us into quiet strong warm beautiful human beings. And that should be reward enough for all of us.