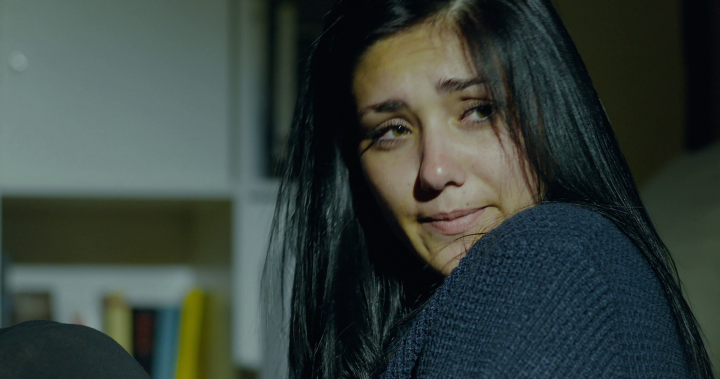 I was a small town girl who had newly shifted to a metro city in South India. I was 20 and all by myself to adjust to this new life in the city.

I was innocent but confident. I was ambitious and had many dreams.

I started my first job as a receptionist in a gym. I was extremely happy and focused on my work. Being a good-looking girl, I grabbed a lot of attention from the boys who came to the gym. But my reserved nature did not make it easy for them to approach me. I did my work and maintained my decency. However, this nature also made me more attractive to most of the boys, including Aman.

Aman was a handsome guy, a regular at the gym. He was 5 years older than me. I found him to be nice and we started having small conversations initially. I still remember our first conversation, where he told me that he had joined the gym just for a few days as he was going abroad for his Masters. Gradually our conversations grew and we became friends. Soon, we got into a relationship.

Both of us were madly in love and we got involved physically too. I trusted him.

One night, he suddenly called me and said that he was at the airport and was going to Australia for his Masters. I was so surprised! We had met that same morning but he hadn’t mentioned anything about going. I always knew that he was supposed to go abroad, but I never knew when. I started crying and asked him why hadn’t he told me. He said that he knew I would cry and he didn't want to get weak. I understood his feelings, so I wished him a happy journey and asked him to call once he reached. He agreed and left. I cried all night.

Next morning, I kept waiting for his call, but he didn't call that day, in fact, he never called.

I started getting extremely restless. I kept thinking about why hadn't he called. I was unable to understand what was happening. I was also concerned about his well being. It started affecting my work because I could not concentrate. I also went into depression and that affected my health as well. I didn't know his family or any of his friends. He was not on social media either. So I had no means of contacting him.

My heart refused to believe that he could have cheated on me, so I just kept waiting for his call. I had turned into a soulless girl.

After almost a year, I received a call from a local number. It was him. I was so happy that I forgot all my pain. He said sorry and I accepted it. I was such a fool! He told me that he was in India only for a week and wanted to spend most of his time with me. He also said that he loved me.

I was suffering from viral at that time but I still agreed to spend time with him. The whole week went very well. We spent time together and got physical once again. He promised to never leave me and was glad that I still loved him and had forgiven him. With many such promises, he went back.

And history repeated itself! He never called back. But this time, I had his email id and so I sent him a mail. After a few days, I received a call from a local guy who said that he was Aman’s friend. He started abusing me and even threatened me to not email Aman or contact him in any way as he was a married man. He was living with his wife in Australia! I froze! I didn't know what to do. I felt shattered.

Moreover, this guy was after my life. He threatened to rape me and kill me. He kept torturing me and said that Aman asked him to do so!

I was 21 and too young and scared to handle these things. Plus I was alone in the city. I changed my phone number, my job and even my address so that I was untraceable.

Today, it's been 5 years to this incident. I have no clue about the whereabouts of these guys nor do I want to know. I’ve moved on but I’m still struggling to get rid of the scars that this horrific incident has given me. My confidence has hit rock bottom; I’m just so scared of the outside world.

All my ambitions and dreams are now lost!

Share this story to encourage women to speak out and fight against such men.