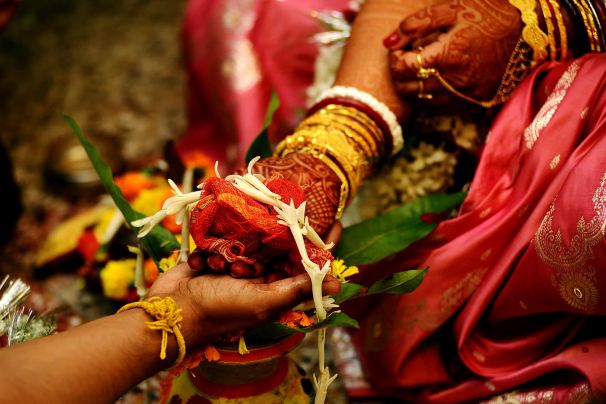 I have won the title of Mrs. India Classic 2017 - Queen of substance. My story started from me being an army wife, to a mother, a war widow, an army officer myself, and a victim of domestic violence. But I took it upon myself to change my fate.

At the age of 23, I lost my husband and was left with a two-year-old son. This is my story.

It was year 2001. I was happily married. I had an army officer as a loving husband. Maj. Avinash was posted in Kashmir. The separation seemed tumultuous enough. But I did not know at that time, our destiny wasn’t to be an average fauji family.

Married at the age of 19, I continued my studies after marriage too. We were blessed with a baby boy in 1999. I was a happy fauji wife, blessed mother and busy student. Life was great.

Mobiles were not yet common. We used to be connected through phone calls, which were either patched up through many Army Exchanges or made after a long waiting in the only STD booth available for thousands of soldiers.

Considering the quality of the connection and the rarity of it, each successful conversation was like a battle won. He used to love listening to the meaningless chatter of our son over the phone. Life was a true wonder. And we used to desperately wait for those phone calls.

Until one morning when a phone call from Kashmir hit us like a bolt of lightning.

Early morning on 28 Sep 2001 we got a call from my husband's unit that he was seriously injured with gunshot wounds. We were shaken. The worst fear of a fauji family had come true. Our universe fell into darkness. Our world came to a standstill. We prayed and prayed and prayed. But it was futile.

Second call after two hours turned our world upside down. I lost my husband, at the age of 23. My two year old son lost his father.

(We got to know later that Maj. Avinash Singh Bhadauria, Kirti Chakra (Posthumous) had already made the supreme sacrifice when the first phone call was made by his then unit, 8 Rashtriya Rifles, to us. He had single handedly killed 4 terrorists. But in the fierce fight that followed he had suffered gunshots and attained martyrdom. He was 29.)

I was 23 and my son was two. My mind went still. Body was numb. Time was passing in a haze, like a glint of darkness in a pale, dull universe. I did not know how to react when people gave condolences. I could see the faces, feel the movement around me and hear the buzzing sounds, but everything seemed unreal. Nothing made sense. Nothing had a meaning. My life had lost meaning so early in life, all of a sudden. I felt like finishing myself.

But there, I had my innocent baby in my lap. Playing around, giggling and chattering with people, chuckling and laughing, and crying over small matters at times, enjoying all the attention and drama.

Full of life, clueless of what had just happened to us, Dhruv brought life back in me. I had to be strong, for him. 

Most were pleasantly surprised and extremely supportive. They had seen me as a delicate army wife, so some of them were skeptical too. They made me aware of the challenges. The selection was tough and the training was tougher.

Life as an officer and the work is not any less tough, they used to say. Frequent movements, remote postings and lots of instability, they said, may cause lots of problems as I had Dhruv, wholly dependent on me.

But I had decided that my son is my biggest strength and I will not let him be my weakness. I was not listening. I had just one thought in my mind. I had to be strong. I have to wear the uniform and hit back at life. For us.

I quit my Post graduation studies in between and applied. I prepared hard and also took coaching for Service Selection Board (SSB) interview. I even had a nose injury due to wrong long jump attempt while being coached for SSB. In December 2001 (03 months after my husband attained Martyrdom) I was called for a week long interview at SSB, Allahabad.

My son had never stayed without me. I could not have left him for a week. My parents accompanied me to Allahabad. Understandably, they were not allowed inside the SSB centre. My son refused to eat from them. They used to wait outside in a nearby park with him. I used to come out at every break and feed him.

It was tough. My SSB co-candidates were moved to see my difficulties and were all praises for my strength. It was difficult but I was determined. 

For a week, I went through the rigorous procedure with determination and focus. Tears only used to roll out at night when I was inside the centre alone and my son was not with me.

When the results were announced, I couldn’t believe my ears. Yes, I had made it! I cried and cried and cried… don’t know for how much time and ran outside in full speed to inform my parents. We all cried together with immense joy and remembered my husband.

Thereafter, I had to spend another week for the medical tests. I could not have asked my parents to continue sitting at the park for another week. So I thought of speaking to my little child and making him understand that he should go with his Nana-nani.

Dhruv did not cry as I had expected. He gave a smile and a flying kiss, then waived me goodbye. I controlled my tears. I am still grateful to him for being so understanding. We connected through our souls. And he understood my pain and the need for him to stay away from me. He became my strength.

But this one week of staying away from his mother was only a small rehearsal for my little one. It was a precursor to the many long periods in future when his mother would be away, not for days but for months at a stretch. The beginning was a six months long training in Officers Training Academy (OTA), Chennai starting in March 2002. Life had changed 360 degrees. From sari/suit to uniform and army boots. I never had imagined in the wildest of my dreams ever. But I was there. Such is life.

Was Academy training tough? No, it was very very tough. To put it bluntly, it was beyond my imagination and physical stamina. At times I used to cry in pain, overwhelmed by sadness and silently angry at my destiny, but I couldn’t have given up.

Hard work paid off. On 07 Sep 2002, twenty days short of my husband’s first anniversary of martyrdom, I was a Commissioned Officer in the Indian Army. Everyone present for the commissioning ceremony had tears when my three year old son pipped the epaulettes on my shoulders.

Life was getting back on track. My husband was awarded Kirti Chakra (Second Highest Peace Time gallantry award) posthumously, which I received in uniform from President Shri APJ Abdul Kalaam.

For a young single mother working in a mostly male dominated environment, life had many challenges too. But I faced them with positivity and a smile on my face. I learnt to move on with more courage each passing day.

Life has been full of struggles, but I guess that is the case with everybody. Ours may be a little more intense. There is not one but many low moments and every time it felt the lowest.

After eight years of losing my husband, when I lost my own dad it was the worst. My husband and my dad were two pillars of strength in my life. One gone the other supported me with equal energy and love but both gone the vacuum in my life became inconsolable. This time my mom, brother and son proved to be my support, helping me stand up again.

The organisation was very supportive. I received all the monetary and pension benefits from the army. However, it’s been 15 years and I have yet not received Ex-gratia fund from the UP government and my fight is still on for the same.

Sometimes I wonder when it is so difficult for me – an educated lady with an unparalleled official and administrative exposure as an officer – to get her dues from the Government, how difficult it must be for a jawan’s wife with much less education and almost no exposure.

After six years of service I decided to leave the army to give a more settled life to my son. And today I am a mother of 16+ year old boy. We are settled in Delhi. I am working and we are happy as a family. We are each other’s strength.

I got remarried to in 2008 to give life and my son a second chance to live as a happy family. But unfortunately, I became the victim of domestic violence and faced extreme abuse from my second husband. I moved out of the relationship and after one more trauma started living again, collecting the scattered pieces of life.

As a single parent, if you really ask me about my dreams and aspirations in life, I only wish to see my son grow big in life and live up to his father’s name. That’s what I tell him. That’s all that I want and wish for. If he does well, my sacrifices in this life do not matter at all. I will thank my stars for being kind on us now.

As a women, I want every lady to be fearless, independent, stylish, loving and caring. These qualities make a women a true queen.

I cannot even begin to imagine what it's like to become a soldier. I don't know how anyone can put their lives last on their list of priorities, because it definitely hurts when they're martyred. I know for sure that I am most human when I generate gratitude for them. Do you have a story to tell about a soldier? We're always listening.