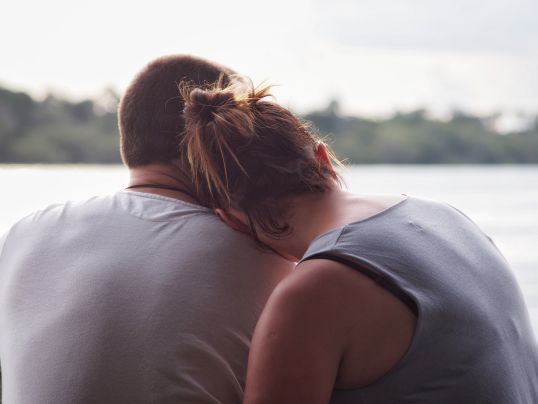 I don't know if I'm in love or I just like him. I don't know. I mean, I like his company and I love talking to him but there is something which I have realized or maybe something I just don’t want to recognize. It all started a year ago, when he contacted me on Facebook, although I had blocked him many times before that from different ids. He liked me for the past 3 years but I never accepted his proposal so after being blocked for 2 years, again he contacted me on Facebook and this time I thought I should talk to him. Genuinely, I just wanted to explain to him that I don't like him. But when I spoke to him, he said that he can't live without me and he loves me deeply.

Initially I was emotional because I felt I rejected a person who loves me truly and then we started chatting everyday.

A month passed, I started liking his company and I began to think that I was in love with him and that I like him maybe. Then we got into a relationship and everything was good initially, but later on, I realized he is actually not the type of person whom I wanted, he is really different from that. He has different goals and dreams from me. The main thing is that we are just different from each other and he is really serious about marriage. I am not sure about marrying him and I told him many times about this but he never understands me. He just tells me, “dheere dheere sure ho jaogi”, but it's been a year and still I am not sure about it. He still stayed with me. I have given many chances to this relationship but it just does not work.

I know that a person should not be judged because of physical appearance but even he doesn't have that sort of class in his attitude that I want. I just want a person who understands me. Maybe he is not the one but every day I try to leave him and I say I will block him but I can't be at peace without talking to him. I feel restless but at the same time, I know he is not the one. Physical appearance may be one of the reasons because he is dark and a little fat but he has an attractive face. But this is not the only thing, even his mentality matters. Ultimately, I know that I don’t want to marry him but I can't even resist talking to him. I want company and I want to talk to him every day but eventually, for the long term, I don’t want him. What is this situation, I don't understand.

I want him and yet I don’t want him.

Share this story to help the author with her dilemma.