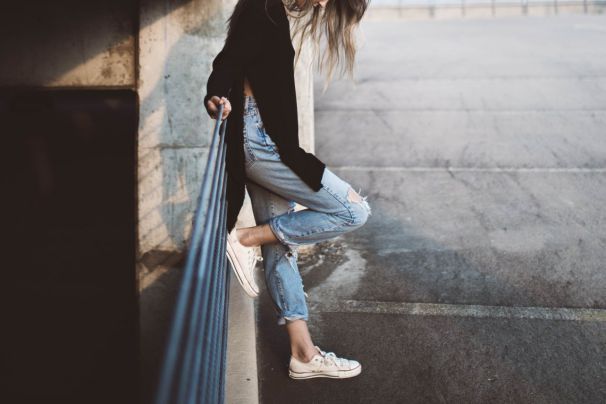 I was never sure if real love actually existed. Meeting someone and feeling something was just not my thing. I could never predict that I would end up falling for someone so madly and crazily that it will take forever for me to get back up. I have had crushes and maybe I lived in this fairy tale world where I blindly trusted in the Universe’s ways of connecting people. I just felt that maybe there is some magic in whatever happens. I met this guy through a friend of mine. For me, he was a total stranger, we met out of the blue one day. I didn’t like him at first sight. Not at all! He was also a mad and happy person, he was basically the male version of me. His energy was just different. I started meeting him again and again. We would party together. I didn’t realize that I had started liking him. He had also started liking me but he was not as expressive as I was.

He pampered me a lot, he was different with me and with other girls. I’m sure about it. I knew I held a special place in his life.

Reality hit me when he was leaving to go abroad. I couldn’t take it. I just couldn’t take it. He threw a farewell party where so many of his friends were invited. I started crying like a baby. I was telling him not to go and he also got emotional then, but he left the next day. I knew he felt something for me but he never told me. Maybe he knew I was an emotional person and very sensitive so he did not want to hurt me. He was not the kind of guy who would date a girl at this point in time in his life when he could not be available for her. I thought that once he leaves, I would eventually forget him but that didn’t happen.

He started posting pictures with other girls which broke me further. I know that he had not promised me anything so he could do anything he wants, but I couldn’t take it. Slowly I just started being happy for his existence. Expecting was not just my thing so I was happy for him. I did not call him also. A month passed and he called me to say that he missed me. I was jumping with joy. He would call me once in a month and that was more than enough for me. His name was special to me so I bought phone cases, clothes and whatever I found that had his initials.

So months passed and instead of forgetting him, I started loving him more. If he would go a day without posting stories on social media I would get worried.

Even though all this may sound desperate, my self-respect was very important to me so I never called until he did. He is coming to India at the end of this year and he is happy about it but sadly I’m flying out for my studies around that time. My heart still aches and it’ll take time, years maybe, to like someone else. But some things are just not meant to be. I will forever love him! I want to shout and announce to the world that I love him.

Share this story if you can relate to the writer. Love does not mean sacrificing your own self-respect.