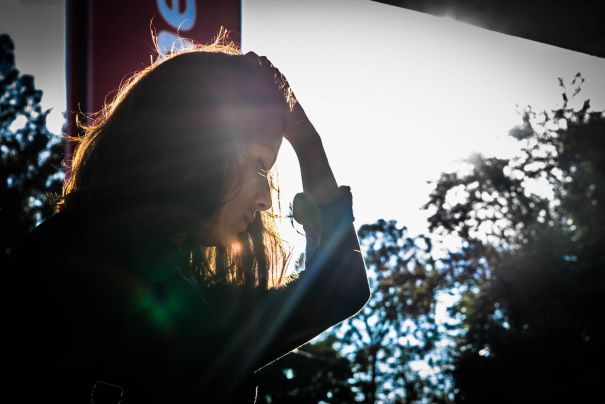 It was my first year of college and all my friends were getting into relationships and finding their “true love”. Amongst my group of friends, I was the most average looking and so I usually had low self-confidence. I always felt that I was greatly lacking in charm and beauty and that no man would find me attractive enough. It was then that I met a guy online, through Facebook. We started chatting with each other and then gradually exchanged numbers. He would flirt with me and make me feel like I was really important to him. I started getting attached to him when he dropped the first bombshell on- he had a crush on someone.

Hoping against hope, I wished that someone was me, but it wasn’t.

I reassured myself and tried to convince myself that I wasn’t in love with him, that it was just an infatuation and that it would pass. But it didn’t as he continued with his same behaviour with me. It made it incredibly difficult for me not to fall for him. And then, one day, he told me that the other girl dumped him for another guy. I was ecstatic, thinking that I finally had my chance to woo him.

We started talking to each other more frequently and there wasn’t a single day that went by without us messaging each other, regaling the other with stories of the day. It was close to a year that we started talking to each other and we were still yet to meet. On the day we finally met, he turned out to be a perfect gentleman, opening doors for me, holding my hand, making me feel comfortable. It was a perfect day. After we each returned to our houses, he began to insist that we meet again and I was happy, believing that he had started to feel the same connection with me that I did with him.

The second time we met, he took me to a beautiful place on the outskirts of the city and beneath the glowing moon, we shared our first kiss.

That was the first time I had ever kissed someone and I was so intoxicated by the heady rush of the feelings I was experiencing. I was confident that this was the start of our relationship and that he would officially ask me out soon. But the next day, he dropped his second bombshell on me- he was asking out another girl and he hoped she would agree to be his girlfriend.

I was devastated and shattered, and my self-confidence took a bad hit when he said that though he liked me, he wasn’t in love with me. Me being the fool I was, settled for whatever he could offer and continued to keep in touch with him. In the months that followed, I adamantly kept myself in his life and forced him to talk to me. During our conversations, he told me about a few more other girls that he was interested in and that he wanted to date.

One day, out of the blue, he contacted me, expressing a desire to meet me.

I was so happy that I didn’t question him and immediately gave in. We met up at the same place he took me to the previous time, outside the city, where we had kissed. But unlike the previous time, we took it even further. I turned a deaf ear to all the warning voices in my head and we ended up naked with each other. This was a big deal for me and I trusted him to realize and respect it. I was convinced, once again, that this act cemented our relationship and that he was mine now.

What I neglected to do, was account for his insensitivity and his need to satisfy his own physical drives.

In the months that followed, we continued to have a physical relationship, but I was never happy. I would fight with him, break up and then miss him so terribly that I would be back again, begging him to take me back. I kept fighting to be with him and he kept fighting to push me away. I then found out that he had a girlfriend that he wanted to break up with, but who was latched on to him forcefully. This messed with my mind and what drove me even crazier was, that in spite of all that has happened, he started to express an interest in one of my colleagues.

When he asked me about her, I tried to act normal and unaffected and told him that though I didn’t have a problem with him approaching her, he would lose me in the process. Hearing that, he told me that he didn’t want to lose me and that he wouldn’t contact her, but he went behind my back and did just that.

When I came to know of what he did, I was extremely angry and upset, but I was so much addicted to him that once again, I ended up sleeping with him.

He went back to his girlfriend and when we argued about it, he pushed me away telling me that there was never any understanding between us, only fights and arguments and that he didn’t want to be in such a negative space. In his anger, he told me that he no more cared about losing me and that he would approach my colleague with an offer of friendship.

My colleague, who was in a relationship at the time, saw right through him and rejected his advances. Humiliated and upset, he channelled his anger towards me, blocking me on all platforms. This drove me crazy and I ended up sending him over a hundred messages, abusing him and cursing him for the way he treated me. He replied that he was trying to move on and that he was trying to start a new chapter in his life; he did not want me to text him ever again.

This man screwed me over completely, messed up my peace of mind, my self-esteem, and my dignity. I will forever regret being so dumb and reckless that I ignored all the obvious signs that were laid out in front of me. I have let myself down completely and I ended up losing everything worthy in my life to someone who was worth absolutely nothing.

We are all witness to fraud over the internet. But are we aware of the emotional assault that people suffer at the hands of those they love? Share this story to spread awareness of emotional abuse and to encourage people to voice out the trauma they feel they need to hide.