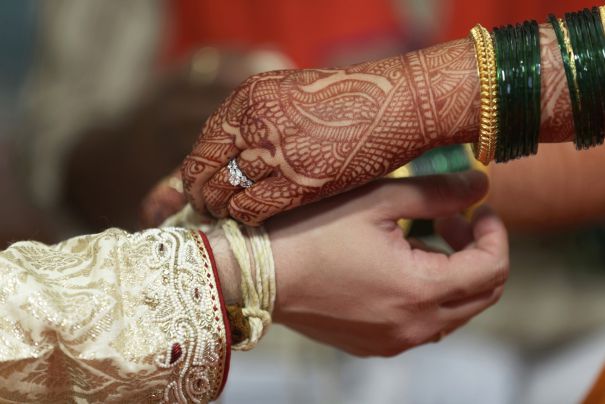 They say love and marriage go hand in hand. Mine was a love marriage. We were in a relationship for seven years before we decided to tie the knot. I went against my family’s wishes, but eventually managed to convince them.

I was so sure that I wanted to spend my life with this guy. I knew so well that life will be good; all I needed was love and romance and we had enough of it. Even though our salaries were low, we had no car, we had taken home loan, we had no money for honeymoon, but still everything felt so perfect. I was finally with the man I wanted to be with.

Time changes – and so does love. From being my friend, my confidant, he became my husband and this change happened overnight. On the day of our marriage he was so cold towards me. I looked into his eyes trying to find love but it was just not there.

On our special night I was in his house surrounded by so many unknown faces. He got mad at someone else and so we did not even talk. We had sex like it was a custom we had to follow; we did it and passed out. I was confused, but I waited patiently thinking we will be ourselves when we get back to our home in Bangalore. I was so naïve.

We could never be the same again. Things did get better when we got back. He was at least romantic. We talked. Enjoyed movies. Went out with friends. He praised my efforts at home. He had his anger issues, but it wasn’t something I wasn’t aware of.

I cried for days together. For weeks he would not talk to me. I would try, but nothing changed. I still assumed we will be fine. He started talking only when he felt like it. I was not able to concentrate on work, but I loved him dearly and that was all that mattered to me.

My father died within one year of our marriage. I needed him the most at that time. I am very close to my family, especially my mother; and my father’s sudden demise was extremely difficult for all of us to deal with. While I struggled with all these emotions; I noticed he had no interest in my family. Every time I shared something, he was either not interested or was judgmental. I stopped telling him most things because I did not want him to be burdened by my issues.

Slowly I started hiding things from him. I started saving money without telling him. I got a new job and hid my new salary from him. It was not that I was never going to tell him, but he didn’t believe in saving money and I was always worried about our future. I felt so guilty hiding this from him.

My sister also decided to marry the guy she loved even though my father had rejected the guy. When she stuck to her decision we had to agree but somehow my husband continued to be against it. God knows why? He did not attend her engagement. He arrived just one day before the marriage. He did not bother to help much despite the fact that we had no family support and all arrangements were being made by my younger brother who was too young at that time.

The day after her marriage he fought with me because I forgot to ask him if he'd had his breakfast. He stormed out after fighting with me and never apologised. He never understood what went through our minds when without our father we had to get our sister married.

Then came the final blow. My pregnancy. I went to my mother’s place two months prior to my delivery; the moment my son was born, all her hard work went for a toss. My family couldn’t take care of me and my baby. His parent’s arrival did not make things better. Finally we had such a bad fight that he left even before his leaves expired. He insulted my mother and broke all ties with her. We kept fighting for months. For the first time in my life I said something about his family and that was the final nail in the coffin. He did come back for my brother’s wedding, but was always in a bad mood. He left again after fighting.

He called and asked me to get a transfer to Singapore because he was getting an opportunity there. He kept saying he would leave me here if this opportunity materializes, and I felt so shaken. With my first child in my hand, I would be at his place weeping all day, struggling with motherhood, and looking at a totally blank future. I thought of ending it all; maybe suicide was the answer.

After I reached Bangalore, the nightmare did not end. He would not talk to me and when he did, he would only point out my mistakes. I lost all my confidence. I was a bad mother and bad wife according to him. Whenever he was in a good mood he talked to me nicely, but one mistake and everything catapulted.

The only solace was that he did not hit me, though he threatened me all the time. By this time, my way of retaliation had also changed. While earlier I hardly answered back now I was miserably trying to defend myself. In between all of this, he found out that he lost the Singapore opportunity.

I started working again when my son was just four months. I had no family support. With just one 8 hour maid, I started my journey again. Thankfully, I had to work from home. It was a really hard time.

My son was weak. He fell sick too often. With all the insecurities in this relationship I could not think of leaving work and just taking care of my son. My mother came in between to help me, but those times were even more harassing. My husband did not talk to her, and he insulted me even more when she was around. But I did not give up. Only I know the pain and trauma I went through. Once, while my mother was there, he provoked me so much that I slapped him in front of her. I know I shouldn’t have done that but his unloving attitude was killing me every day.

My son is now three and it has been seven years since we got married. I remember being so happy and content with my life. I had a few but very close friends. Now I have nothing but my son who I love more than my life. In all these years I have just struggled to fight an urge to kill myself. I keep thinking about how I can make him realise what I feel. He is distant. There are periods in between when he is nice to me, but nothing even close to caring and understanding. Till I keep my mouth shut, everything is fine.

We do have sex infrequently but that’s about it. I have told him many times how lonely and neglected I feel, but he says it’s all in my head. These discussions only end in an argument. I have no hopes for recovery now. I want to leave this country and go somewhere else. Maybe this way he will miss me and realize what he has done. But till then, my misery continues. All I needed was love but what I got was A HUSBAND!

One sided love is painful and when the people who loved you once, stop loving you, you feel miserable. If you feel what the author is saying, share her story.