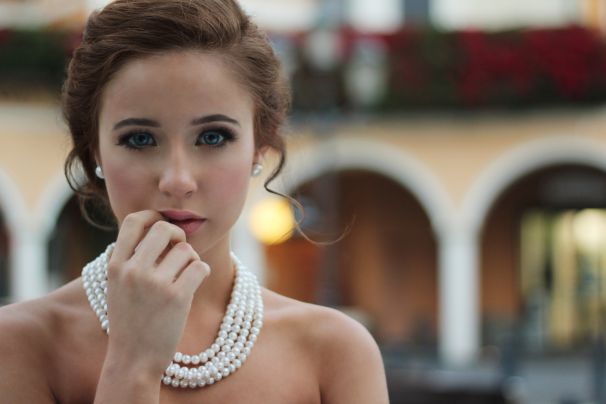 I am a single girl from Punjab, working in a renowned investment bank in Bangalore. I used to be in a relationship, not out of love or passion, but out of pity. My then boyfriend, Ridhaan, was not very supportive of my achievements. We go back a long way, having met each other during my engineering course in Delhi. He was a calm guy of a low profile and who was not so social. I had found a good friend in him before he expressed an interest in me and I gave in. Not long after, he started to get physical with me. Initially, I was hesitant, but slowly, I gave in. We were young and explored our sexual drive through a physical relationship with each other.

Still, I could never connect with him on an emotional level, and perhaps due to that, the physical stuff was not great.

I couldn’t leave him because I felt that he was very lonely and my insecurities played a part in it too. I am an overweight girl and I felt that finding a guy for myself could be difficult and I may end up being lonely myself. So, I hung on to him. But over time, I grew bored and tried to break up, but I couldn’t. Somewhere I felt responsible for him. He is my polar opposite when it comes to academics. Where I was driven and focussed, with a clear goal of what I wanted to achieve, he never put in any effort into his tasks. I tried to help, going the extra mile by spending hours teaching him coding, creating proxy projects for him, copying codes from my code library to act as a demo for him, creating/updating/maintaining his profiles on various job sits in the hopes of him landing one. But he never seemed focussed. In turn, he started to get jealous of my achievements, especially when I landed a job through campus placements and he didn’t. I tried not to let it get to me and kept helping him out, applying to various jobs for him and even accompanying him to his interviews.

Finally, after a long one and a half years of consistent efforts, he managed to land a job. IT was at that time that my company decided to send me to the US for a two-year-long assignment. Rather than be happy for me and support me, as I had expected him to, he went wild and created a lot of mental trauma for me. He insisted that I don’t take up the assignment as he would feel lonely if I left and pressurised me to stay back.  But since that was my first on-site assignment, I paid no heed and left.

The two years I’d spent there was so peaceful.

After that period was done, I returned to Delhi and switched my job, taking up a post in an investment bank in Bangalore. Ridhaan got a transfer to the same city and we used to meet up on the weekends, though with no excitement or passion from my end.

Things were going very well for me. I started taking care of my body image, exercising, dieting and swimming regularly. This installed in me a sense of confidence and I started being more extroverted in my workplace, making a lot of friends. Of that lot, there was this guy, Akash, who was my teammate. We were both from Punjab and he was of my exact age and background and so we got along really well. We would converse in our mother tongue and with him, I felt at home. We had similar tastes in music, food and hobbies and we used to be a great team at work. We had been working together for four years but we never met outside of work where we each had our own private and personal lives.

One day, he lost his elder cousin brother, whom he was close to and he was very depressed. I comforted him during his grieving phase, helping him out with his work, listening to his stories about his brother, even crying with him for his loss.

As time went by, I realized that I was getting emotionally closer to him.

He was similar to Ridhann in the sense that he wasn’t too focussed about his work. I always helped him with the technicalities of work, helping him with writing emails, showing him ways to project himself at meetings and presentations, spoon feeding him the study materials etc.
In the meantime, our manager resigned from the organisation and I had been chosen as the team manager, which made me Akash's manager as well. I didn’t notice any signs of dissatisfaction from him, as I expected to, considering that we had the same experience and background and yet I was promoted instead of him, and I was happy about that. However, I always went out of my way to pull Akash up. I sent him in demos and put him in tasks where he would outshine. I put in a lot of effort and even created a position with the same portfolio to guarantee his promotion within the year.

On one Friday night in December, at our year-end party, Akash and I got drunk. He offered to drop me to my apartment and we took an Uber together as neither of us was fit to drive. On the way back, I don’t know what kicked in, or who made the first move, but we ended up making out and getting cosy with each other. The next morning when I came to my senses, I felt extremely embarrassed about my public act of kissing him, though I wouldn’t deny that the fifteen minutes’ drive had felt divine.

I felt alive at that moment and realized that I had fallen in love with him.

When we met in Office on Monday, I went to talk to him about what happened. He apologized and told me he wasn’t in his senses as he’d been drinking and as we were holding hands to balance each other, we got too close and his testosterone kicked in and he couldn’t help kissing me. He told me how much he adored and respected me for my work ethics and my leadership qualities, that he’d thought I was more intelligent than him and so it wasn’t an issue for him to accept me as his superior. He then clearly told me that he had no feelings for me except a high sense of respect.

I was unable to accept it and tried getting a validation for the kiss that happened; I was unable to accept that he didn’t reciprocate my love. While I was questioning him, he got very annoyed and spoke harshly to me, saying that I did not look good enough to meet his standards and that he did not need my charity at work to get him a promotion. He made it clear that I was just a colleague to him and nothing else.

I’d never felt so low in my life before. My self-esteem took a great hit and I was left feeling like a beggar. All the insecurities I’d worked so hard to get rid of all came rushing back and I was certain that my greatest fear was proving to be true, that no other guy would ever be interested in me. I’d cried day and night for many days. I lost my appetite and had fallen sick. I was extremely depressed and felt that although I was no longer friends with Akash, I still had to see him at work and discuss projects with him. I would still have to be nice to him and empower him to grow, being his manager. How would I do this with a broken heart? I am no angel and I feel like being vengeful. But at the end of the day the kind of human being I want to depend on me.
I have been struggling since then. Seeing him and sitting beside him every single day at work knowing he doesn't love me back. I am burning inside out. Leaving the job is not an option as I see an immense potential for growth here and moreover, the people in my team really appreciate and value me. I am torn and unable to bear this agony.

I am here to seek help from you - please advise me on what I should do and how I should heal myself and approach life overall. Your suggestion would go a long way!

Every woman is perfect in the way she is. People have all sorts of insecurities. Someone who you envy for being 'perfect' would probably envy you for being intellectually stronger. Share this story so that people don't let the perception of one individual tarnish the image.