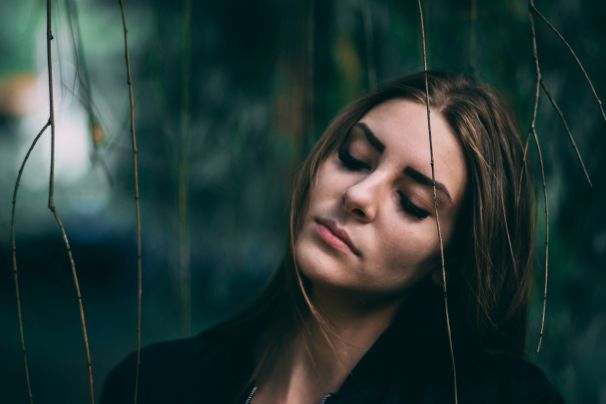 About 9 years back, Yahoo messenger was the best way of keeping in touch. I was a fresh graduate of Delhi University. I had always wanted to become a news anchor. I was about to join a college to do a course in mass communication. Unfortunately, I couldn't attempt the entrance exam because I got chicken pox.

I had to drop a year. I decided to take up a job as a telecaller in a small company. I was 21 and like all youngsters, I was very excited about chatting with boys.  So I logged onto Yahoo and met several guys.

One particular guy kept pinging me continuously. I closed the pop-up window several times but perhaps destiny had something else in store for me.

We started chatting and like other youngsters exchanged our pics. He was a software engineer and was pursuing a part-time MBA course too. We exchanged our numbers and decided to meet.

In our very first meeting, he said that he could not marry me. He said he only wanted a sexual relationship with me. He also said that he had an ex-girlfriend who had married someone else but he still spoke to her over the phone.

I was new to all this. But I was eager to forge a bond with him. I had brown skin and I was awestruck by his fair complexion and grey eyes. I was impressed by his post as a software engineer. I was not even aware of the magnitude of the loss that I would have to face throughout my life. The damage is irreparable.

We started slowly. Nothing happened for a year. But after a year, we became intimate. It was an ‘on and off’ relationship.

Time passed. I was now all set to do my post graduation in mass communication. I could finally live my dream of becoming an anchor or a correspondent.

But because he was already there in my life, I started bunking classes with my friends and used to hang out with him.

My father encouraged me to join a news channel as a trainee. I enjoyed my work but after some time, I started having arguments with my seniors. Everyone in our office had differences of opinions with their seniors. It was nothing new. I would tell him about each and everything that happened in my workplace.

He advised me to give up this line because there was no growth here. He said that if I wanted to grow, I would have to make compromises. I listened to his advice and resigned from my job without even informing my parents or discussing things with them.

I had scored 70% in my course, but I had not gained any knowledge because I had not paid any attention in the classes. I had been very casual about my course. All my attention was diverted to the love that I had for him. I wanted to marry him.

After resigning from this job, I casually joined a pre-press publishing company as a trainee copy editor. It was a coincidence that it happened to be exactly opposite to the place where he worked.

We started meeting more often now. One day he said he wanted to discuss our relationship with his father. But somehow I ended up fighting with him so he changed his mind. Within two months of my joining this new firm, he got engaged to a girl that his family selected for him. He had also created his account in a couple of matrimonial sites.

I pleaded with him and literally begged him to change his decision. But he didn’t listen to me. He finally got married. I was in love with him and had always wanted to marry him.

He was older than me by 7 years. He was very mature and practical too. He moved ahead in his life. But I am stuck now with this copy editing job.

This was not the kind of work that I had dreamt about.

We didn’t speak for two years because he had changed his number. He thought that I might create some kind of drama in his life now. But his wife got to know about us. He told me about it. His wife too called me and asked me to move on.

I have moved on physically but not mentally and emotionally.

We started talking over emails. It has been 7 years now. Whenever I ask him why he did not marry me, he says that it was because I belong to a different caste. I don’t exactly know what his reason is. All I know is that he ruined my career. I am doing my best to find my way out of this copy editing job.

I am 31 now but I think I have not achieved anything in my life. All my peers are well settled. They are happily leading their professional and personal lives. He does care for me even today.

But no one can ever repair the physical and professional loss that I experience every day. Eventually, I lost all – myself and my career in order to get him.

I did go out with other guys. But I was always subconsciously searching for his replacement. I have not found anyone like him so far. I still yearn for him but it is platonic.

Never belittle your career for the sake of love. He is settled today with a wife, a good job and a growing kid. Here I am - a 31-year-old unmarried woman struggling with my personal and professional life. Never let anyone influence you when you take the crucial decisions of your life. You will regret it forever.

Everything seems so absolutely right and perfect when we are in love. But love shows its myriad facets as we move on with our lives. Sometimes when we realize our folly it is already too late. But let's remember one thing – we have emerged stronger and richer after such experiences. Let's share this beautiful woman's story so that she realizes that all is not lost. We all have it within ourselves to make our lives count.