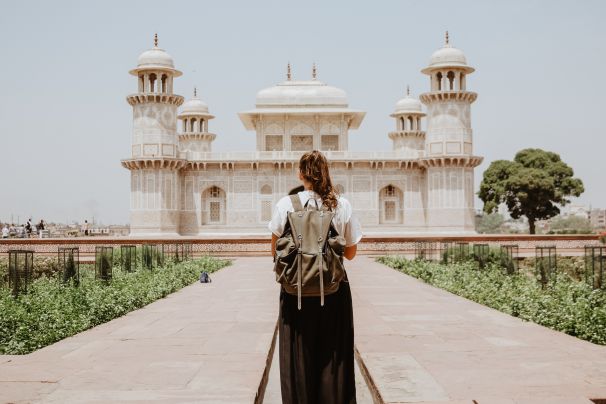 I am not sure what to start with. I have been struggling with my childhood ever since I lost my father. It was me and my mom staying together after my sister got married. It was me who was taking care of everything and was the happiest person even in those difficult times as I was blessed to have my mom by my side who used to be there for me always.

As years passed by, my mom was getting worried about my marriage as there was no one from our family who would look for any good matches for me. I was and am an independent woman.

So here it goes, I registered myself on a matrimonial site and found the man I finally married. It was my choice and my family agreed. At first, I never thought of marrying him but things happened and we ended up together. I never looked for monetary things, I only wanted a person who understood me and allowed me to take care of my mom too. We got married after a year, things were slowly changing. The person who used to always chat with me now didn't even have the time to send me a message. When asked, he used to say "You are with me so what is there to talk about?" He used to be on the phone all day.

The promises made before marriage were slowly fading away. He took away my debit cards and I trusted him. As my husband, he could take care of financial matters. And I realized soon enough that, that is a huge mistake every girl makes in her marriage.

I was close to my mom's brother's children and right, in the beginning, I introduced my husband to everyone. In the first 2 months, it was good as we used to hang out and spend weekends together. But later I felt that things were being taken for granted as he was getting much closer to them for some reason. He was always on the phone with one of my cousins. I used to fight with him because I just didn't understand the need for those chats. They used to be online together always and when I questioned him, he used to blame me questioning my mentality  because I doubted their friendly relationship.

I tried to change take my mind off that but there was definitely something weird and I could not stop keeping my eye on them. When I used to be in front of them, they never used to talk otherwise, they were on chat all the time. There were many incidents where I caught him chatting with her all day.

Our relationship was going on a darker side. I loved him, so used to do each and everything for his happiness though he least cared about mine. I have been supporting him financially so much but I never knew he would stab me like this on my back.

My trust came shattering down when I got to know the truth behind their weird behavior.

I have been fighting with the girl's family for the past 2 years as because of her, my husband stopped caring about. I have suffered a lot because of them. He used to question my character saying - "You might be having an affair with your brother so you get such thoughts." He used to ignore me when he used to be with them. I used to feel bad but later I had started convincing myself that there is nothing wrong and he will not do anything wrong to me.

The family that I grew up with started hating me too. I used to share my feelings with the girl's elder sister who too thought something was fishy between them. She started checking the girl's phone where she found a vulgar conversation between both of them. She called me and there was a fight between the families. We didn't take the matter to other family members because it would affect the unmarried girl.

In my world, everything became a blur, I didn't know what to do after knowing everything. I even felt like committing suicide. I was slowly falling into depression. I asked him what wrong did I fo to him. I gave him everything but he didn't have many answers for me. He didn't have answers to it.

I've heard before that sisters and brothers have affairs but had never thought in my wildest dreams that this would happen in my life. When questioned about their bro-sis relationship, he shameless said that they were not blood-related. My world has collapsed within 2 years of my marriage.

I had to make many compromises. I stayed with him even after he had taken many debts on my name. I am not in a position to have a financial burden on my head.

My family was ready to respect my decision of separation but at one point, they also said that he might change and asked me to give him another chance. But I can never forget what he said or did to me.

This is the result of a craving for love, loyalty, trust all my life.

It's been 5 months to the incident but it doesn't go out of my mind. Their messages, their intimate pictures still wander in my mind. I can't forgive them nor can I forget what has happened. I want to leave him behind and move on to find my happiness.

I don't know why I'm stuck and am not able to leave. I am no longer a strong woman I once was. I need to get out of this toxic relationship desperately, I just don't know how to.