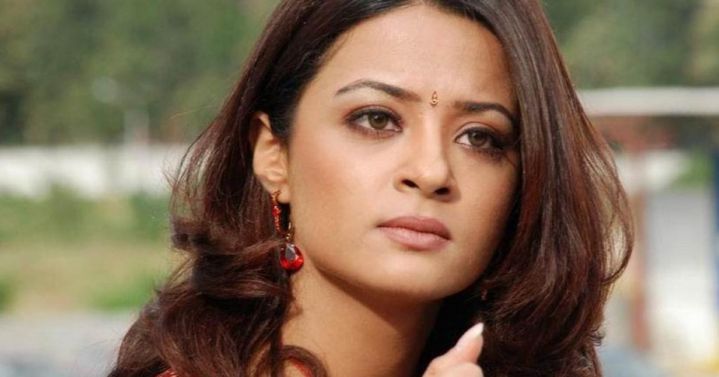 I am a 25-year-old Gujarati girl living in Mumbai. My parents were looking out for the perfect groom so that I could get married. We interacted with around 35 prospective grooms and finally, my family and I liked one particular boy.

We decided that only both of us would meet the first time. So we met in McDonald's.

We exchanged our views and I thought he was OK. We discussed our lifestyles and our perspectives about life in general. He told me that he was a businessman and had recently joined his dad’s business. He told me that he owned a godown. I nodded in agreement and said that my father too owned 2 godowns. He said he had no inclination of working in Dubai.

When we both said, “Yes” to each other our parents decided to meet.

I wondered whether he would let me work after I got married. So I messaged him and asked him to clarify this. When our families met the next Sunday, his mother insisted that I continue working even after getting married. We just decided to ignore her.

We had a common relative who lived on the same floor as ours. We inquired about the boy and his family and she said that they were amazing people. So we said, “Yes” to the proposal. They said that they wanted to come and see our home before giving their final decision. They came to our house after a few days and said they wanted to have a small religious ceremony to confirm our engagement. Before finalizing the engagement my mother enquired about the wedding expenses. They agreed to bear half of the wedding expenses.

My family asked me to go out with the guy so that I could get to know him better.

My fiancé told me that he did not like my hair when we met for the first time after we got engaged.

He was taking me to meet his friends for the first time. He asked me to show his friends all my pictures. I did not like what he was saying so I just ignored him. Then he took me to his house so that I could get to know my in-laws better.

My parents wanted me to forge a good relationship with them and understand them before we got married.

It was a Sunday afternoon when I decided to spend some time with them. They told me to write a formal letter for them. I wanted some details to write the letter so I asked them to give me their company letterhead.

But the registered address of their company was their home address and they were paying rent for the godown. He had told me that they owned it.

They said this very calmly. I too did not tell them anything because I think money is not the most important thing in life. My fiancé now started feeling that I was aggressive. I wondered if he was really the right guy for me. I told my parents about the godown and the other details that I had come across during my brief stay there.

I was getting scared now and wondered about how things would turn out after we got married. I was sceptical about his other family members too.

His mother had been very rude to me. She had made me clean the house and asked me to cook. She said she would never allow us to go out on Sundays. But my fiancé had told me that he was fond of movies and clubs so I started wondering about the whole thing. Meanwhile, one of his friends too got engaged. He sent our pictures to his friend and told me that our life will be a dream till we get married. I asked him what he meant by that. But he just changed the topic and convinced me that he was just joking about it.

One day, his uncle expired all of a sudden. I had gone there to meet them. I suddenly started puking so I was told to rest there for the night.

When I woke up the next morning, I was not even given a glass of water. But he dropped me home and had lunch at my place.

When we initiated the marriage discussions, his mother told us that they would not shell out even a single penny for the marriage.

They said the bride’s side had to bear all the expenses.

After discussing things for some time they agreed to bear the expenses of the Sangeet ceremony. My fiancé then said that we had to get his approval before booking the hall. Then his mother said that the mangalsutra should be given by the bride’s sister. We agreed to all this.

After a few days, my fiancé asked us to give him one of our godowns so that he could use it. We refused.

He then lost interest in me. I had quit my job at this time because I did not know how to cook. They wanted me to learn cooking as it was one of their top priorities. We then went for our pre-wedding shoot. He stood behind me and looked perfect. He insisted that the best thing that he liked about me was my looks.

We came home and started practising for the Sangeet. I told the choreographer to change the steps according to my requirements. She just said, “No” and left.  His parents started shouting at me. They called me names and said, “You just have white skin.” He then told me to apologize to his parents by falling at their feet. I did not agree to this at first. But he forced me to do so.

His parents just went away when I finally apologized to them. They called me a psycho.

My parents were aware of all these incidents. They then said that they did not want to go ahead with the wedding. Nobody wants to cancel their wedding one month before the wedding date.

But my parents too agreed to call off the wedding.

Now that the wedding has been called off, I can recall so many other incidents that happened after we got engaged.

His mother had told me not to cut my hair without her permission.

She said that she would throw me out of the house if I did so.  Recently we got to know that he was getting engaged to one of his girlfriends and that he was always going around with 4 or 5 other girls.

My mother and I had gone their house to celebrate the Ganesh festival. I was not able to walk because I was suffering from an infection down there. His mother was very strict with me and asked me not to cry. She said that nobody should know that I was ill.

His sister used to taunt me because my mother was doing everything around their house while I was resting.

The next day my mother took me to the hospital and the doctor had to operate on me without using anaesthesia. I was advised to take complete bed rest. My mother could not buy all the medicines for me immediately so she told my fiancé to buy the remaining medicines.

All of them started searching for money around the house. So my mother told them that she would give them the money to buy the medicines.

That is when my fiancé's mother said that they will use their card to buy the medicines.

My fiancé insisted that I attend the immersion ceremony. I somehow managed to do so. We then had our dinner. After that, his mother brought just two glasses of milk. My fiancé took one glass and his sister took the other. My mom casually mentioned that I could not drink buttermilk because I was operated that day. So my fiancé gave me his glass of milk. His mother immediately started shouting at him and said, "Ha. Ha. Just give away everything to her.”

We did not know what to do or say.

Several people had come over to their house and had given them boxes filled with laddoos. She did not open a single box when we were there. She just kept all of them.

Navratri followed the Ganesh festival. Now my fiancé’s mother gave me strict instructions that I should win the first prize in the dance competition that was held in their building. I was still suffering from the infection. I was not able to win any prizes that day because I felt tired after a while.

She did not even try to understand what I was experiencing. She just said, “Do the garba. Do the garba.”

But we did manage to win a silver coin. When we returned to my fiancé’s house after the competition, no one was around in his house. I had to go home in some time. My fiancé said, “Let’s make out.” I said, “No.”

But the worst incident happened when my Nani expired. He could not pick me up from my office. He reached my house after me because he lived quite far away. My parents had gone to cremate the body, so both of us were alone at home. He again said, “Let’s make out.”

I cried and told him that this was not the time for such things. He just said that both these things were natural.

When I think of all these things, I hate him.

Another incident that I recollect is when we had gone to a jewellery shop to buy a mangalsutra of his choice. He looked at my mom and said, “Voh kitne tole ka set hai? 20?” He asked the same question again just to confirm the details. So in the end, I just said, “You take care of your parents. I will take care of mine.”

First impressions are not always the best impressions. Maybe we get to know the true colours and character of a person only after we live with them for a while. Do share this thoughtful story so that we learn not to get carried away by superfluous talk. We need to think through things before we make a lifelong commitment to our partners.