But as they say, love is blind. Especially when you're at the stage of your life when you've seen the world and are ready to share it with a companion. It makes you concentrate on the good side and more often than not, ignore the dark side.

It doesn't always work does it? To trust a person blindly and be even more impressed when your people get along with this new person in your life so well. I can tell you, it doesn't. Here, I'll give you an example, so you don't have to go through what I went through and I've always been proud of my strong, independent woman aura. Well, shit happens!

So it was one of the lazy mornings. Sitting ideally on my couch, I decided to flip through my Tinder app. While giving my fingers some exercise by swapping left and right on, a profile caught my attention and somehow the man seemed strikingly familiar. Little did I know that he was the guy next door, who stayed a stone's throw away from my house. I jumped up with excitement and of course, there was instant mutual liking.

We started chatting casually as I was simply killing time and needed a break in my routine life. When the conversations grew to a stage where we started discussing hobbies, work etc. we decided to exchange numbers. And no, he wasn't a complete stranger, we happened to have some common friends in the Indian navy.

Funnily enough, we shared very similar interests: solo traveling, adventure sports, reading, sketching, socialising etc. The fact that he was a common friend gave me a sense of relief. From then on, the conversations went on to settling down in life and where we see ourselves in the next couple of years.

Having interacted with quite a few men and for him, women, we were quite certain that we didn't want to linger around and 'settle down' in life anytime soon. But, we both agreed on the fact that we were looking for a companion. After much persuasion from his side, I decided to meet him. We went for a few drinks and dinner.

There wasn't an iota of discomfort. We clicked instantly.

I felt as if I had known him since forever. No man is perfect and his ONLY imperfection was that he couldn't stop boasting about himself. At least that's what I thought. I was soon leaving for Mongolia so I asked him to meet other women while I was away, to which he insisted saying he would like to wait for me.

He wanted to give it a fair shot, he said. Fair enough, I thought.

With things running so smooth, I decided to introduce him to my friend circle, I had never done this before so soon into a relationship. I don't trust easily, I had no reason to till I met him. Everything seemed too good to be true.

Well, I wish I had taken the hint. When he met my friends, everyone seemed to like him instantly, he had that vibe. My brother who is also my best friend was also happy for a change. He said, "Decent guy you've got finally," and so did my best friends. Everything seemed to be going well.

Then I left for Mongolia for 15 days during which we were in constant touch. He would keep sending me long messages, expressing his thoughts, ideologies, etc. It was the perfect way to get to know each other better while I was away.

I soon came back from my expedition and there he was at the airport to receive me, blasting a big smile on his face. We started catching up in the evenings, where several times I cooked for him. It was all going great. We even discussed our future together, wherein I mentioned about my uncle coming to town and how I would love them to meet.

Considering my age, I wasn't looking for a mushy romance, and thought he was mature enough too to settle down in life as that's what he kept insisting upon. In the excitement, I even spoke with my parents about him who were in India then. They were looking forward to meeting him too. He seemed to be content with everything and even introduced me to his closest friends in Dubai who called us over for lunch and I was quite happy to meet his family as well.

Everything seemed to be going super well with no complications that could possibly surface. Until, they did.

Suddenly one fine day he woke up and decided to not call me for 2 days straight, which was very unlike him. He had gone out for a weekend getaway with his office colleagues. When I called him to check if everything was okay, he seemed to be totally off. Inspite of me asking him several questions, he decided to keep shut. Days went by wherein I tried to talk to him and he asked me to f**k off. He said he didn't want to deal with me at that time and had other priorities.

I felt completely lost till I realised that my 'Mr. Perfect' was basically a con artist. I was getting played by him till his long distance girlfriend came back from India to join Emirates so they could blossom their romance.

I felt stupid because so many red flags were raised. How he was court-martialed from the Indian Navy, how he was thrown out from Qatar Airways for being a dope head, how he couldn't even take responsibility of his own child by impregnating a girl in Iceland. A man who had constantly been kicked out of places, and had been an escapist all his life, how could he ever bear the responsibility of an independent, straight-forward working woman?

I trusted him, a man who gave me all the reasons to question his character time and again. Well that's what love does to the most intelligent people in this world I guess. I don't blame him, I blame myself.

It takes a lot to meet a person and think of him as a companion for life, especially when you're older, wiser and independent. Sometimes the excitement of finally meeting 'the one' makes us do stupid things that are not as well-informed as our other life decisions are. That doesn't mean we give up on love, that also doesn't mean we hate men. That just means we met the wrong man or we met the right man at the wrong time, whatever it is, it's life's way of telling you — you're meant for better things, keep looking!

Share this post, please, to tell our dear author that it's not her fault. If anything, it's life's fault for being so tough! 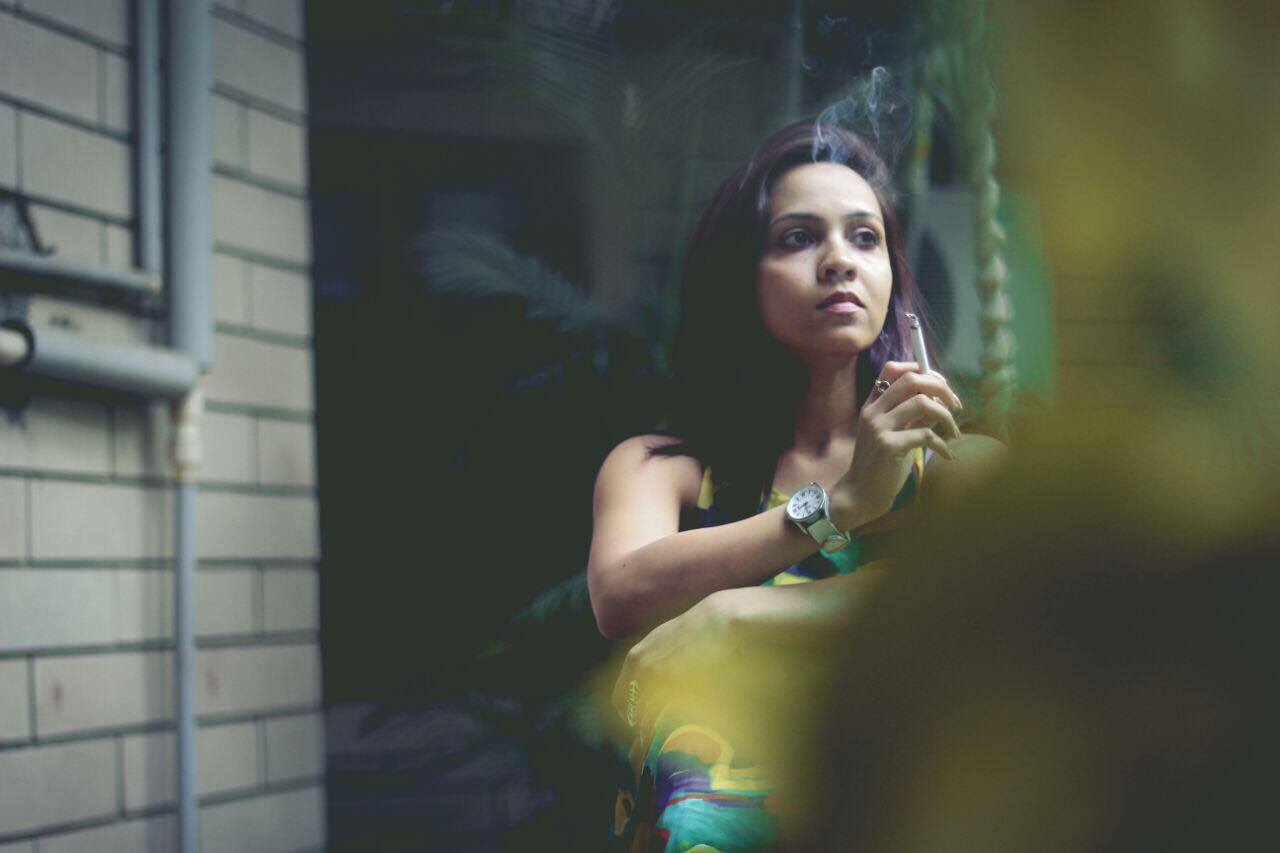 An environmentalist by profession, globe trotter by passion and free spirited by emotion. Believe in living in the moment .