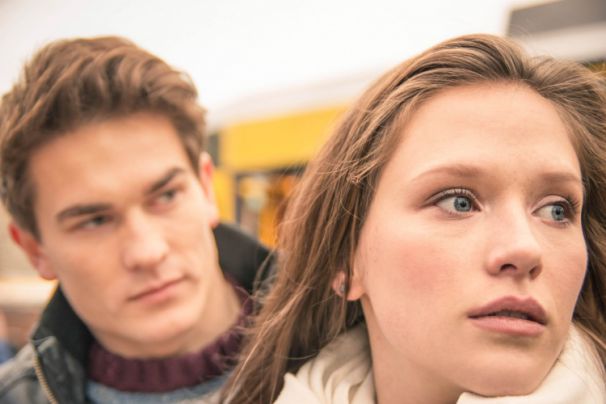 I loved a guy named Abhijeet. I was a fool then to love a shit guy like him. He was 8 years older than me and I was just 15 when I fell for him.

Probably, it was because of a hostile environment at home, that I found love in Abhijeet. I have abusive parents and my father doesn’t treat me well. Maybe that’s why Abhijeet’s good behaviour or you may say, his gentleman type behaviour towards me made me fall for him.

Despite my dad's abusive behaviour, I was a very cheerful person. I had kind nature, enthusiasm, and was an optimistic too.

So after being in a relationship with him for five months, I got to know that he was suffering from OCD. He had to leave home urgently as that disease crept in again. He promised me he would come back in a month or two but he didn't.

Because of my constant efforts, our relationship survived for two years.

He starting ignoring me from the day we made love.

Oh, how foolish I was! I used to cry every night and he didn't show any affection or care towards me.

Eventually, my brother caught my relationship with him. He made my life miserable by blackmailing me and making me do his works for almost a year. I still didn't leave him. But he didn’t seem to be bothered by it.

I had made a lot of friends by then. Amongst them one was Nikit. I went out to a place with him once. This was my first time I had been visiting a place with my friend because my dad never allows. He is a very suspicious person.

So I went with him and I felt alive. He was nothing more than a friend for me.

After a year or so, in February 2017, I met the love of my dreams. It took me 6 months to say him yes and got into a relationship with him.

Just before saying him yes, my ex-boyfriend again came back in my life. He started telling me how he loves me and other bullshit stuffs like that. He wanted to meet me and even planned a 10 days trip to meet me. But I refused. And the very next day, I said yes to Nishant.

Our relationship was the one I had always wanted. He was an extrovert whereas because of the trauma I had gone through, I became an introvert.

But after a few months, he got to know about Abhijeet. I had kept my past hidden all this while because I thought it could ruin my relationship with Nishant and I didn’t want to lose him. He created a fuss about that.

It took him some time but he accepted me and my past.

But God knows what happened to him. He behaved so differently almost for a month. He would speak so harshly to me and even then, I was always trying to sort things out with him. At last, when he got back to his senses, he promised me that he would never act like that again and till now he hasn’t. We are happily together now.

Eventually, my brother caught me again and this time he told this to my parents. My father created a fuss about this and my aunt created imaginary stories about me that I got married to him.

So just because of a person I lost everything. My brother told them about my past relationships too and that was like the oil in the fire.

My dad and my relatives stopped talking to me. But my mom supported me as I told her everything.

Nishant didn't leave me; instead, he stood by me very firmly. And now, we are a happy couple, though I'm not happy in my personal life. But he keeps me happy.

They say, “Love doesn't cost anything.” But I disagree with them because loving a wrong person would cost everything.

Share this story, because the author got a happy ending. And let's hope, she and her parents unite again, happily.