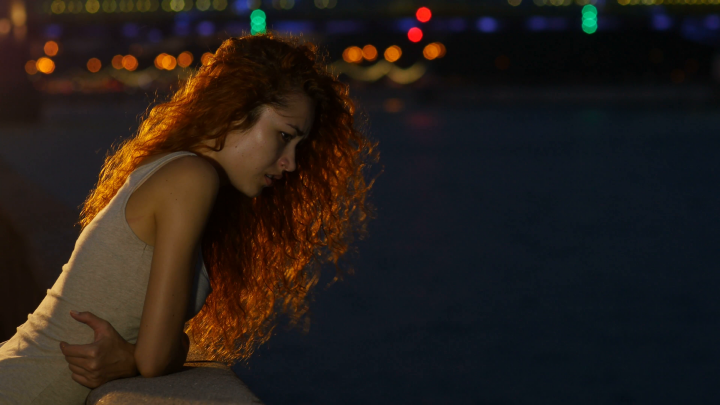 I am basically a simple happy girl. I trust people easily. Like all other girls, I too have my fair share of aspirations.

I was a little immature and behaved like a childish teenager when I was in college. I thought I was in love with my cousin’s friend.

He was my senior in school. Like all other couples, our so-called “love” was full of late night chats and calls. We shared a long distance relationship right from the very beginning because we lived in different cities. He lived 150km away from our place. He was on the verge of completing his graduation and lived away from his home. I was pursuing my degree in my hometown itself.

I was very dumb at that time. I couldn’t even understand why he was doing this to me. I was depressed by his behaviour and started feeling lonely in college.

I would talk to my boyfriend every day but was very hesitant to tell him about the issues that I was facing in college. The news, however, did reach my boyfriend after a while. He became very possessive after this. He now wanted to keep track of my whereabouts every now and then. He would threaten to leave me whenever we had petty arguments.

I started feeling lonelier by the day. My classmates continued to harass me and I was finding it extremely difficult to behave normally in college.

I could no longer bear all this so one day I gathered my courage and told my dad about all that I was experiencing in college. But he couldn’t really help me out with my problem.

My relationship with my boyfriend was worsening and I continued to feel very lonely.

After a while, my boyfriend decided to go to the USA to pursue his masters’ degree. I too had bagged a job in a reputed IT company in India. I was placed in a different city and had to undergo a training session before I started working.

My boyfriend’s narrow-minded suspicious behaviour was getting on my nerves now. I knew I was dying a little bit every day but I didn’t know what to do about my situation.

I was in a new place. I was out of my house for the first time in my life.

I couldn’t share my feelings with anyone. It was very difficult to bear all this pain quietly on my own. But I did my best to control my emotions and calm myself.

I made some really good friends in my new workplace. When the training period came to an end, some of us had to relocate to a different city again. This annoyed my boyfriend a lot.

I just couldn’t understand why he was behaving like this with me. He would get disturbed by each and everything that I did.

He didn’t want me to speak with any of the guys. I stopped talking with other guys just for him but even then he had problems with me. I stopped going out even with the girls so that I could spend time with him.

I lost out on so many things for his sake and all I got in return from him was a whole lot of abuse which was peppered with sh**ty words.

A few of my colleagues and I were posted to the same city. Since all of us belonged to the same state we thought of living in different flats in the same society.

My relationship with my boyfriend was becoming bitter now. I couldn’t share my problems with anyone because I had disconnected with everyone a long time back.

That is when this magical person called Arvind entered my life. He had been my batch mate during the training period. He was a very innocent, calm and good guy.

He said he had liked me right from the day we had joined our organization.

I was feeling extremely lonely now. We lived in the same society and spent quite a bit of our time together in our office too. We got into the habit of chatting throughout the day and night. We got to know each other very well. Soon we became close friends.

I knew he was replacing the void in my heart with all his love.

My boyfriend was feeling even more insecure now. I did my best to make him understand things but he just couldn’t get what I was trying to tell him.

One fine day, Arvind and I kissed each other. We expressed our love for each other that day. In time, all the people around us came to know about our relationship. They started calling us “friends with benefits”.

We both realized that we had fallen in love with each other.

I asked Arvind to confess his true feelings for me. But he declined to do so. My other male friends suggested that Arvind and I should stop staying together. I did not have any option about this so I moved into a different house. One day, I was just talking with my other male friends. They told me that Arvind had told them that he loved me.

I was a little angry because Arvind had confessed his feelings to friends but not to me.

But I loved being in Arvind’s company. In the meantime, my relationship with my boyfriend had come to an end. I finally managed to break up with him.

I felt that I had come out of hell. But I was in for a surprise.

He came all the way from the USA to sort out things between us. I was touched by his gesture. I believed him when he told me that he loved me.

I too was eager to repair my relationship with him.

People now started questioning my character. I did not pay any heed to it. I stopped speaking to all my other male friends when he was with me because I was keen to sort out the differences that I had with my boyfriend. Several of my colleagues thought that I was very foolish.

But I just did what I felt was right at that time.

My boyfriend then returned to the USA. Only after he left did I realize that I did not really love him.

I felt I was faking my feelings for him for the sake of society because I did not want anyone to question me.

I was happy when Arvind came into my life again. Our short trips to our office too felt like love trips. Arvind knew about my relationship with my boyfriend but we both loved to spend our time together too.

One fine day, Arvind decided to leave me. He said he didn’t want to be with me anymore. I knew he had taken this decision after giving it a lot of thought. I knew he was right. I could understand him.

It is easy to accept a person’s past but it is very difficult indeed to share our love with another person.

Only after Arvind left me did I realize that I loved him deeply. I kept thinking about him. My boyfriend’s behaviour had not changed at all. He was his usual possessive self and continued to abuse me and fight with me every now and then. I broke up with him again.

I decided to go back to Arvind. I told him my entire story this time. He did accept me but both of us knew that we no longer shared the same kind of magic now.

When my boyfriend visited India again, I forgave him, as usual. But deep in my heart, I now knew I loved Arvind.

I don’t know why but I don’t have the guts to reveal my true feelings about Arvind to my boyfriend. That is the main reason for all my suffering.

This is what has hurt Arvind a lot. He has made up his mind to move on from me. After my boyfriend returned to the USA, I went back to Arvind and told him that I had been yearning for his love all this while. But he refused to go ahead with our relationship.

He said that I had hurt him previously too. He also said that his ego was hurt when he saw the love that I had for my boyfriend.

He then said that he had moved on with his life and was now in a relationship with another girl who was his childhood friend.

I left the man whom I had loved since my childhood for you. I crave for your love. I am head over heels in love with you. I miss you and I can never forget the love that you showered on me. I will always remember those days when we spent our time together. I know I was already in a relationship when I met you. But you are the FIRST person that I truly LOVE. I will never be able to forget you. I will wait for you for however long it takes for you to change your mind. You will always be my first love. I love you, Arvind. I miss you.

From a person who loves you completely.

Regardless of the situation that you are in, always follow your heart and your true instincts. Take a stand and fight for what you want at the right time lest you end up losing out on the people that you really love forever.

Relationships change over time. Sometimes love transforms itself into friendship and loyalty. At other times respect may grow into affection and then slowly into love. It is really difficult to analyze our emotions with crystal clear clarity. But in that one defining moment of our lives, we all do understand what we really want for ourselves in our lives. Let’s share this story and learn not to feel so guilty when we outgrow our love for a person.