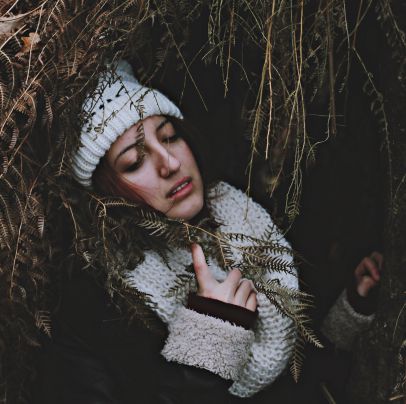 Ours was an inter-caste marriage. I was really happy because I was entering a new exciting phase of my life. All my friends and relatives complimented me because they thought I was the most beautiful bride that they had ever seen so far.  Perhaps they felt that way because I was smiling and laughing all the time. I was cheerful on my wedding day, unlike most other brides who are usually shy and nervous on their D-day.

Little did I know that it would be the last day I would laugh heartily. My husband and I started having problems soon after the wedding.

He was a really violent, aggressive and short-tempered guy who thought he was infallible. He had this annoying habit of making a mountain out of a molehill. He was the only child of his parents so he was pampered a lot by his parents. They had always turned a blind eye to his malicious behaviour.

We were staying in Bangalore, my in-laws lived in Mumbai and my parents lived in Delhi. He would disrespect me and verbally abuse my family and me for every possible thing. He would insult and humiliate me in front of friends and relatives and would always bad-mouth me.

He then forced me to sever all ties with my friends and family.

He did not even allow me to meet my own sister, though we lived in the same city. He always made me feel as if I was never good enough for him.

He would hit me, abuse me, punch me and pull me by my hair and throw me out of the house in the middle of the night.

He made me appear as if I was the wrongdoer in every fight that happened between us. He manipulated things in such a way that he could prove himself innocent every time. He would then ring up his parents and complain about me and every petty issue. They would always believe the one-sided stories that he concocted.

They never bothered to call me and clarify things. They never made any efforts to listen to me or understand my problems.

Instead, they would immediately fly down from Mumbai to Bangalore to complicate matters. I cried, begged, pleaded and extended myself to adjust in every possible way. I thought that things would eventually fall into place.

But it was quite clear that I was living through a distorted perception of love which had been handed to me on a tarnished silver plate.

They had never taught him about the beauty of an institution called ‘marriage’. He never knew the importance of values like trust and compassion. He did not believe in loving and respecting his partner. He did not know that these values enabled a couple to accept each other’s flaws.

I belong to a middle-class family. I did not want to hurt my parents in any way. So I would never reveal the issues that I was experiencing in my married life. When my in-laws came over, they would call up my parents in Delhi and make them anxious. My parents would start worrying about me.

I suffered through such grave emotional, physical and mental trauma that I ended up suffering a miscarriage.

But the worst was yet to come. They were now scared that I would blame them for my miscarriage in future. So my husband and my in-laws tried to prove that I was mentally unstable. They forced my parents to take me back to Delhi and consult a psychiatrist.

My parents gave in to their demands because they thought if they retaliate they would end up aggravating the situation even more.

I was full of fear and negativity now. I was scared of being physically assaulted and emotionally tortured by my husband and in-laws. I felt suffocated. I was drowning every single moment of every single day. And strangely enough for a while, I even thought that my husband was my only source of light.

I woke up every morning and hoped that he would give me a hand to prevent me from drowning in sadness. I thought he would save me. I had these kinds of hopes from him. But later on, I realized that he would indeed give me his hand -but would only push me deeper into the waters so that I drowned completely.

I lost my dignity along with my identity though I continued to adjust to his whims and fancies.

I had always been a bubbly cheerful girl with a beautiful smile. But now I was a girl with a gloomy smile who hid a lot of pain in her heart and a sea of tears in her eyes. I became a quiet, depressed and fearful woman. I was scared to speak because he constantly threatened to divorce me.

I could not sleep because the nightmares were worse than the reality.

I had also put on a lot of weight after my miscarriage. My husband would call my mother and tell her that he had no feelings for me because I had gained weight. When he rejected me like this all my confidence was lost.

I started hating myself and had countless silent breakdowns.

After a couple of months, I went to my sister's place for a few days. I just wanted to give myself a break. I also wanted to give him a break because every time he saw me he would get irritated and lose his temper.

I was shocked when he refused to allow me to return to his house after that.

I was working so I could not leave my job suddenly. So I was forced to stay in my sister’s place. I stayed there for a year but my husband and my in-laws never bothered to call me. They did not even try to find out how I was managing things on my own in an unknown city. I was living away from my parents too.

My husband and my in-laws were highly inhuman and immature. They threatened to divorce me. But though we had separated they did not file for a divorce.

They were scared that they might have to pay me alimony and also all the wedding expenses that we had incurred.

I filed for a divorce in Bangalore but ended up losing my job after that. Since I had no reason to stay in Bangalore after that - I moved back to live with my parents in Delhi.

Today I am struggling to find a good job for myself. I want to regain my confidence and become self-sufficient again.

Amidst all these problems I have to take the trouble of travelling to Bangalore along with my parents for every court hearing. This is really wearing us down. I am shattered but I am still trying to gather and put together the broken pieces of my life.

I know that someday things will definitely fall into place. I believe that the darkest hour is always the one before dawn.

Sometimes the pain that we experience clouds our vision. Let's give ourselves enough time to heal. Let's learn not to waste our time and our life trying to figure out the ‘whys' of our experiences. When we work on the things that are in our control ‘life' automatically starts falling into place. It is just a question of time. Always. Do share this story if you too believe that hope gives us the courage to plod on in our lives.