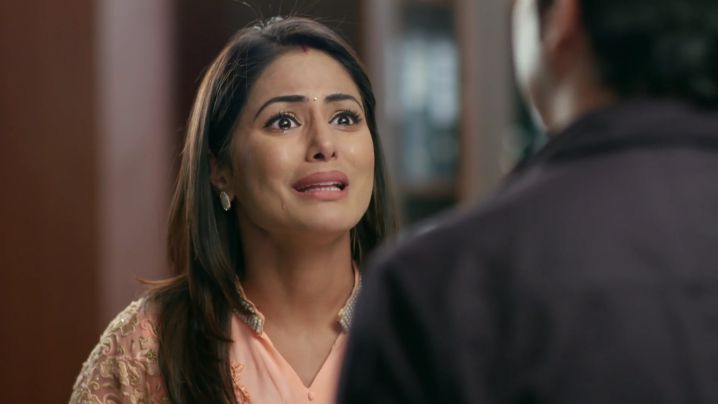 Everything looks beautiful when we fall in love. He was my relative but I hardly knew him as he never attended any family functions.

I was using Facebook for the first time. So I was sending friend requests to my friends and relatives. I even sent him one. He accepted the request. I chatted with him for the first time ever. It was a casual chat- just "Hi, how is life?". Our chats soon became a daily routine, that too exactly at 6 o' clock in the evening.

I knew I was falling for him, but I held back, as my parents would never ever agree for a love marriage.

Once, he told me how he had seen me at a function and soon fell for me. At that time, he wanted to talk to me but never tried, as he also knew our relationship would not work. He was a ladies' man and was popular with the girls around. One fine day, he proposed to me for marriage. On that day, I shouted at him like anything, and bashed him left, right and centre. I said this won't work, and we should just concentrate on being friends. But deep inside, I knew I liked him.

He said that he couldn't treat me as a friend and said he would rather stop talking. I did not expect something like this, but I agreed.

Two days passed, we did not talk to each other. I was desperate to talk to him. After two days, I called him and said that I couldn't give up our friendship, and pleaded him to talk. He agreed. Again, we started to talk. Every now and then, he used to ask me to marry him. I would just laugh and ignore it. At last, one day in September 2012, I accepted.

One night, I somehow managed to call him and asked him to take me away. When I eloped with him, circumstances were such that we ended up in his house. My family came and took me away. My dad asked me for six months' time. I was happy that at least he was thinking about our marriage.

Later, I realized that he asked for that time to change my mind. I love my dad very much. I could have done anything for him. But he was asking me to end my relationship with my boyfriend, which I could not do.

I even got physical with my boyfriend, how should I tell my dad this? I was really guilty as I never wanted to get intimate before marriage. But I loved him so much that I could not say no to him.

In 2014, after all the drama, I left my house in front of my family just to marry the person I loved. My sister tried to stop me but I blackmailed them. I know I should not have left them for the sake of one guy, but I loved him and I wanted to live my life with him. And I did not want to marry another person and spoil his life.

I got married with my husband's family's blessings. I thought life would be happy with him and slowly I would have the chance to convince my family. But life had so much in store for me that I couldn't even imagine.

It's not that he does not love me. He loves me and takes care of me. But after marriage, I got to see the other side of him. He would lie to me, but when I asked for an explanation, he would simply say, "Now you know the truth, what is the big deal?" He would consume alcohol. He even hit me once or twice. I was his last option, always after his family, after his aunt's family.

I would always take his side, but in 3 years of our marriage, he has never ever taken my side.

Once he spoke on behalf of me, that too after I begged him for that. I would always hold his hand in his bad times, but he would simply leave my hand when I actually needed him and leave me to my fate. After marriage, almost every fortnight I would cry myself to sleep.

I left a loving family just to be with him. After marriage, till now, I am trying to talk to my family, but except for my mother, no one talks to me.

It's not that he doesn't love me, but he loves me according to his mood. My entire life has been messed up in such a way that I am not being able to get a way out. It might feel like this is nothing. But ask a person who is going through this. My life is messed up and I did it all by myself to be with someone who promised to give me a happy life.

All I wanted was his love and time. But all he wants is his space and happiness. Still, I am with him, not able to understand what is going on with my life and where it would lead me, and what my life has in store for me.