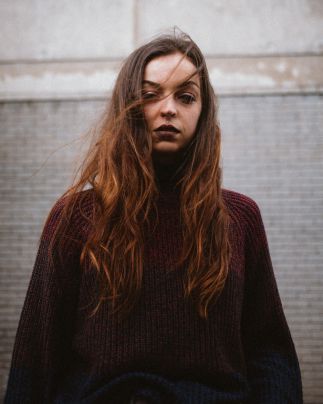 I was the kind of girl who always kept some distance from boys. Even though I have always dreamed of fairy tales, I always believed that I will marry the person my parents would choose.

Never in my life, I thought, someone, will turn my world upside down.

When I was in last year of my college life, I fell in love with my senior. He was not the type of guy I had dreamed of. Initially, I rejected his messages and pleas. But I don't know how but very soon we were in a relationship. Now when I think of, maybe it was his honesty and the love he had for me that made me fall. Or somehow, I thought our relationship is going to be practical as we belonged to the same caste.

But it lasted only a few months, as my family and friends were dead against it.

He had a relationship before me and I was well aware of it. I decided to end it for everyone's happiness. I wanted my parent's happiness above everything. I never took a stand for our relation. Maybe because I had some doubt in my mind about our relationship. I wasn’t sure. It always felt more like a compromise for me.

So I decided to move on. I came back home and started working. But at the back of my mind, I was having a guilt feeling that I had done a mistake. We had shared some physical intimacy also. I don't know if his feelings were true for me. If it were, I did injustice to him.

I was in a new atmosphere and work had become my life.

I was coping up well with my new life.  But then came another guy in my life. He was my colleague. I remember even now that in our first meeting, I thought him to be an arrogant person. He was not at all friendly, was an average looking guy who was from another state. As days passed, we had a friendly relation. I realized that he was not at all arrogant as he looked. I was preparing for an exam at that time and he used to give me advice as he was a senior.

One day, we exchanged our numbers as he had to send me some study material. The very next day, he messaged me on WhatsApp. I just politely exchanged some messages. I wanted this to be a purely professional relationship. As I never wanted to repeat the mistake I had once made. I never wanted to come close to any person now.

Soon, this became a routine. He used to message me daily and I saw him as another guy who was trying to hit on me. I wouldn’t give him proper replies. Even when we would meet at work, I intentionally avoided him. Maybe I saw the honesty in him, or it just that I was afraid I might hurt him too. He used to tell me that I was his only friend here and we had developed a good bond as days passed. We shared our past lives with each other and it was all on a friendly level.

I always tried to maintain a good distance by not coming emotionally close.

Days later, I noticed that he seemed to be gloomy. He used to be a jovial kind of person. Something was happening. I tried to ask him about it but he said nothing. Deep down, I could sense that he had a feeling for me but I kept my calm and would tell him indirectly that don’t try to propose to me because that would make things complicated for us.

He would then laugh off by saying that he had no such intentions and I can be assured of that.

But I was sure somehow, so never confronted him. He was a good friend to me and I had no other feelings for him. One day, I happened to hear from our common friend that he had gone to see some girl for an alliance. He had told me that he was going to his sister's house. I didn't feel bad, in fact, I was happy for him. I just sent him a message wishing him the best of luck. He was shocked seeing my message.

He apologized to me for lying and confessed his feelings for me.

He told me that it was his feelings for me that made him so upset these days. And his parents had started seeing alliances for him that he couldn't refuse. I tried to make him understand that I never had such feelings for him and moreover, I was not completely out of my past. Somewhere, I still had my ex in my heart. So I wanted him not to waste his life for me and encouraged him to see proposals. This got our friendship on a stake.

After this, our friendship was at stake. I tried to maintain distance, but he was adamant. He begged me not to stop talking to him and leave him alone as I was his only good friend here. I really liked him as a good friend, so I gave into his plea. After a few months, I stopped working there but even after that, we used to talk daily. He used to still propose to me and as always, I kept saying no.

By then, I knew, I had started developing feelings for him.

Our families would never approve of our relationship and therefore, I didn’t want to break his heart too. His engagement got fixed and I wanted to stop talking to him as it was not a right thing to do anymore. But he wouldn’t let me. Even though we shouldn’t, we came close as days passed. I knew he could also sense my feelings for him, even though I never really confessed. We used to have late night chats and video call. We used to share everything. We were very comfortable with each other as if we were talking to our mirror image.

I came really close to him even though we stopped meeting in person. And I still hadn’t confessed my feelings to him. He told me that he wanted to make these last days before his engagement special and cherish those memories. He said it again and again that he loved me and he would never want to leave me. I really don’t know what I was thinking at that time because I loved him too. I wanted him to propose to me now but he never did and I stayed quiet about it. I didn’t want to spoil that girl’s life. So I just wished him all the best and let him go.

He got engaged and I missed him like hell those days. Even though I didn’t mean to but I ended up confessing to him. Even after his engagement, he didn’t deny his love for me and we used to have romantic talks. I believed him and I really wanted to be with him.

I was angry at him for not proposing me when he knew I had fallen for him too.

One fine day, he decided to stop talking to me saying that he can’t do anything now. I was shattered. He was the one who begged me to continue talking to him and not leave him alone. And now when I really loved him, he chose family over me. I begged him not to do this to me. I was completely broken. I had no one to talk to and share my feelings with. Soon enough, I fell into depression and I had lost interest in everything. I had many sleepless nights.

I had a tough time holding back my tears in front of everyone.

I even thought of suicide and was ready to do it. But my family sensed that something was wrong and I ended up sharing everything with them.

They took me to a psychiatrist and stood by me. He is happily married now. I love him and don't want to disturb him now. Stil,l now, I have a question in my mind if he really loved me or just wanted some time to pass with me. I don't know. I think I deserve this because I had hurt a guy once, my ex-boyfriend. Karma has played the part. I still find difficult to forget him and sometimes I cry myself to sleep.

I don't think I will be able to trust any person now, or find love once again in my life.

Maybe we have better things in store for us. We just need to be patient about it. Share this story, because the author needs our love and support.